“Imprinted: Illustrating Race” to display over 200 years of illustrations on race at the Norman Rockwell Museum 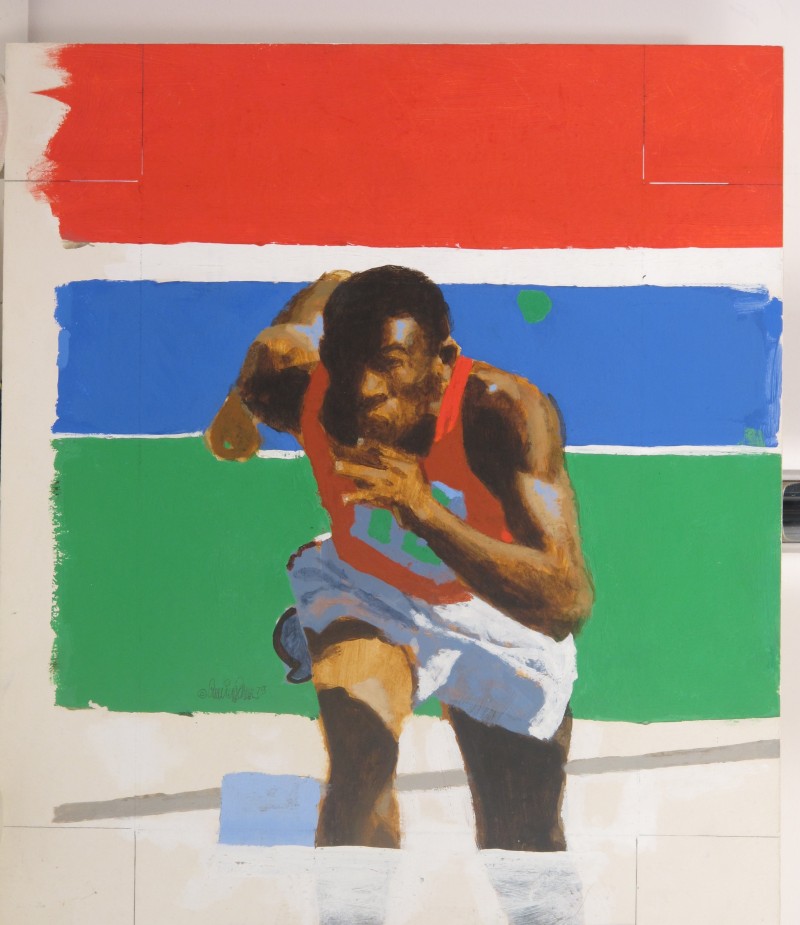 Courtesy of the Norman Rockwell Museum
Kadir Nelson. "Say Their Names," 2020. Cover illustration for The New Yorker, June 12, 2020. Collection of the artist.

The exhibit “Imprinted: Illustrating Race” will be on display at the Norman Rockwell Museum located in Stockbridge, Massachusetts, from June 11 through Oct. 30. The exhibit is co-curated by Robyn Phillips-Pendleton, a university professor of visual communications, and Stephanie Haboush Plunkett, the museum’s deputy director and chief curator.

Phillips-Pendleton was invited to co-curate the exhibit for the museum during the summer of 2021. With its premiere drawing closer, she has been meeting with the exhibit directors and her co-curator one to two times per week to finalize the details of the exhibit.

The exhibit centers on stereotypes of people of color in the United States through printed media. It examines the role of media on the public’s perception of race and will contain at least 100 pieces of work from the 1800s until the early 2000s. These pieces will include illustrations, 3D artifacts like food items, newspapers and more.

Phillips-Pendleton conducted research into the creators of these printed images and scoured the internet for works to display. She bought playing cards and newspapers from the 1800s from eBay and conducted extensive research on unnamed illustrators.

The exhibit uses its chosen images to depict a time when illustrations of people of color were plastered all over print materials and objects with the intention of conveying certain representations.

“The illustrations weren’t just in newspapers, they were on everyday items like food items,” Phillips-Pendleton said. “Negative illustrations of Black people and Native Americans were wrapped around a can of beans. These things were commonplace, and I’m really interested in allowing people to see these images but also have a glimpse into a time when these were just commonplace.”

According to Phillips-Pendleton, these prevalent illustrations were how people learned what to believe, especially when there were no photographs or television to capture events in real time. If newspapers were promoting negative stereotypes of people of color or spreading false information, many would accept that.

“I was surprised to know that many of the illustrators who created Native American battles that were seen in newspapers in the Northeast, some of them never actually left the Northeast,” Phillips-Pendleton said. “They made them up.”

One of the main reasons that the exhibit is so important to Phillips-Pendleton is that she believes everyone should be more educated about history and the imagery that is created from historical events.

“What kind of images surrounded major events in history?” Phillips-Pendleton said. “I think that it’s important for everyone to know more of the history of this country. And generations can talk about this. People of color, white people — I want everyone to talk about this.”

Phillips-Pendleton emphasizes that there have been good and bad representations of people of color, but the way they are portrayed is tied to current circumstances.

“I saw quite a lot of negative images, illustrations in the last four years even back when Obama was in office,” Phillips-Pendleton said

Phillips-Pendleton also finds this exhibit to be so significant to her because injustices are still occurring today.

“The forever stamp of Edmonia Lewis, the sculptor, they had the ceremony last Wednesday, and the New York Post wrote an article about the launch of the stamp but didn’t include the name of the illustrator,” Phillips-Pendleton said.

Phillips-Pendleton hopes to highlight the importance of history and allow people to think critically about where these images come from.