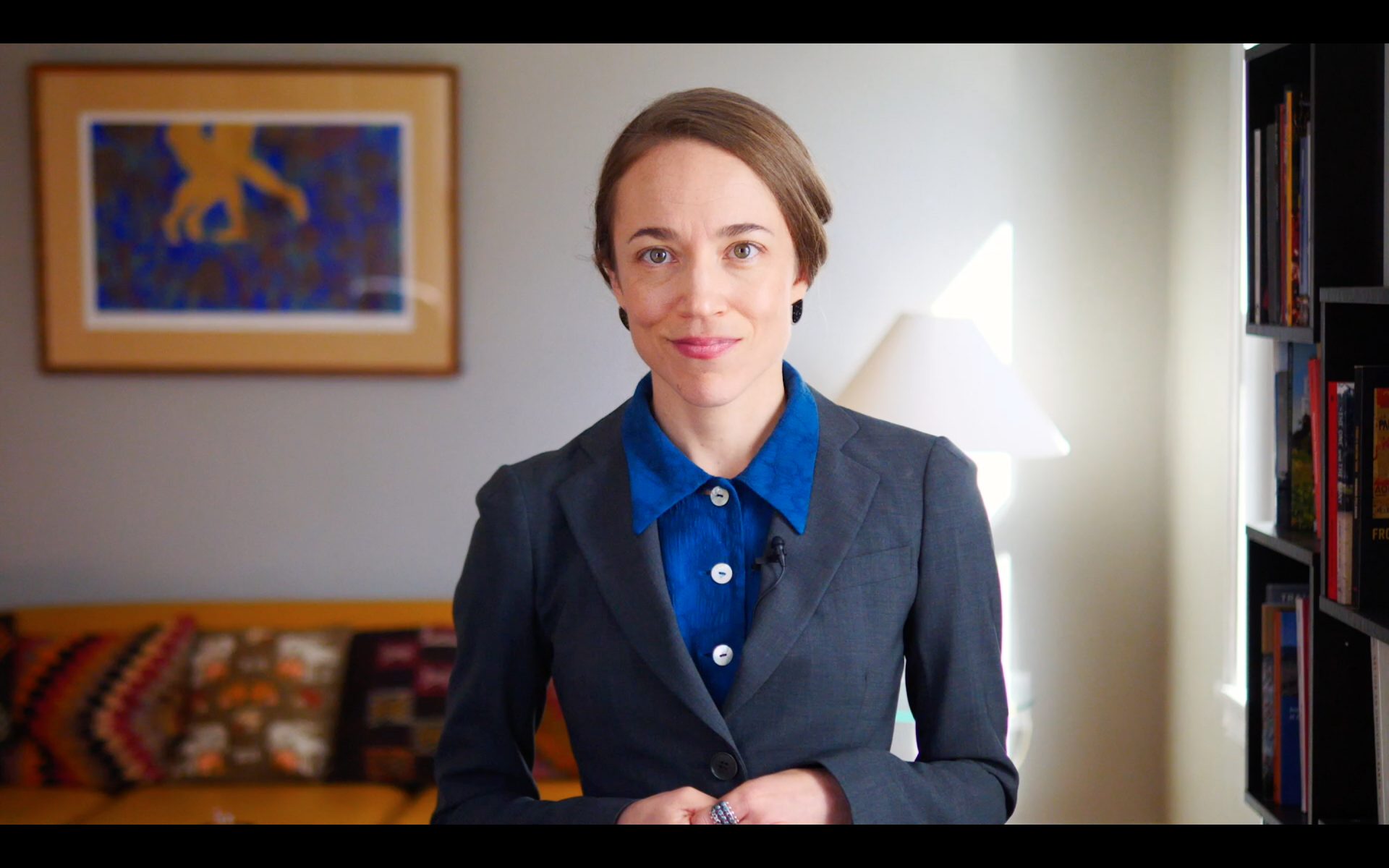 Jessica Horton, associate professor of art history at the University of Delaware, has been named the Terra Foundation Professor of Ecocriticism and Indigenous Art for the Spring 2022 term at various universities in Brazil.

Originally from Northern California, Horton received her bachelor’s degree from the University of California San Diego in art history, theory & criticism and political science. Although she described political science as “a very data-driven field,” Horton took a different perspective as a double-major.

“For me, looking at that larger story through the lens of a single artwork sometimes made it tangible and intimate and emotional and real in a way that data couldn’t,” Horton said.

It was through her experiences with the SANA Art Foundation, a non-profit facilitating exhibitions for a private assemblage of African, Oceanic and Native American art, that Horton chose her academic focus in Native American politics, globalization and environmental justice.

“I was so excited about the artworks that bring those things together so beautifully,” Horton said.

Horton first became acquainted with the non-profit as an undergraduate in one of her courses that worked with the foundation to curate an exhibit. Later, as an executive assistant in the foundation, Horton worked with college classes to curate the non-profit’s collections and was able to organize an exhibit regarding baskets woven by Indigenous peoples in California.

Horton ultimately received a master’s and doctorate in visual and cultural studies at the University of Rochester, in line with her interest in the junctions between artistic expression and political thought.

“Visual and cultural studies was a framework that emerged in the 90s to train students to really think about the intersection of art and politics, recognizing that artists in different historical moments have been entangled with all kinds of other historical situations, including political scenarios that shape all of our lives,” Horton said.

Horton stressed that the field retains a special significance for scholarship in Native American art and history, deeming “art as a form of cultural survival in the middle of federal policies in this country that have often aggressively tried to assimilate or eradicate Indigenous communities.”

“It’s a way of maintaining a connection to culture and transmitting it across generations,” Horton said. “I am not myself an Indigenous person, so I see myself as a translator and a historian working with Indigenous communities to tell these stories.”

Horton was invited to this role by colleagues at a consortium of Brazilian universities headed by the University of São Paulo. The grant as a whole is intended to allow these universities to concentrate on Indigenous art and ecology within the Americas.

Given the international stance of the foundation in its promotion of American art, Horton deemed Indigenous art of the United States a pertinent candidate for the foundation’s focus.

“Many Native communities exist across the borders of modern nations like Canada, the United States and Mexico,” Horton said. “And so I think Indigenous communities have a particular perspective on the international that precedes these borders and can be very sometimes critical of their existence … and the work they do politically in the world.”

Horton explained that she was invited to the professorship since her previous scholarship in Native American art mirrors current circumstances among Indigenous populations and art within Brazil amid the destruction of the Brazilian rainforest.

“Indigenous Brazilian communities are caretakers of the rainforest … and so they’re on the frontlines of environmental crises and political crises in Brazil right now just as Indigenous communities in and across the borders of the United States are often on the frontlines of climate change and dislocation and ecological crises of all kinds in this country,” Horton said. “So being able to speak comparatively to the relationship, the parallels between those different situations was something that the Terra [Foundation] was very interested in — having that sort of critical perspective.”

Horton will oversee a graduate seminar that will take place at the Museu de Arte Contemporânea da Universidade de São Paulo and will comprise graduate students from the aforementioned universities. There will likewise be a partnership with the Pinacoteca do Estado de São Paulo and opportunities to visit other Indigenous art collections in the city.

“The idea is to have, you know, other voices sharing the podium in the class and being an important part of teaching these ideas … in a multi-vocal way to the graduate students in the class,” Horton said.

The grant will additionally allow Horton to participate in an international symposium in Brazil in which Indigenous artists will present their work.

Although the threat of COVID-19 remains and despite the position already having been previously delayed one year as a result of the pandemic, Horton currently intends on teaching in person given the high rate of vaccinations in the state of São Paulo. However, if a new variant emerges or the situation ultimately proves too dangerous for those involved, Horton will convert the seminar into a Zoom format.

Horton anticipates the potential for future exchanges between the University of Delaware and the consortium of universities in Brazil. She likewise hopes to extend her teaching and mentoring activities regarding the Indigenous art of the Americas into a broader, more international realm in discerning connections that transcend borders.

“If we think again about how the Brazilian rainforest or coastal wetlands in the state of Delaware are part of a global ecology and … local Lenape caretakers of the wetlands here, as well as Indigenous communities caretaking the forests of Brazil — those are stories that I think can benefit from being connected and being told to one another and with a broader forum,” Horton said.