Letter to the Editor: Not one more 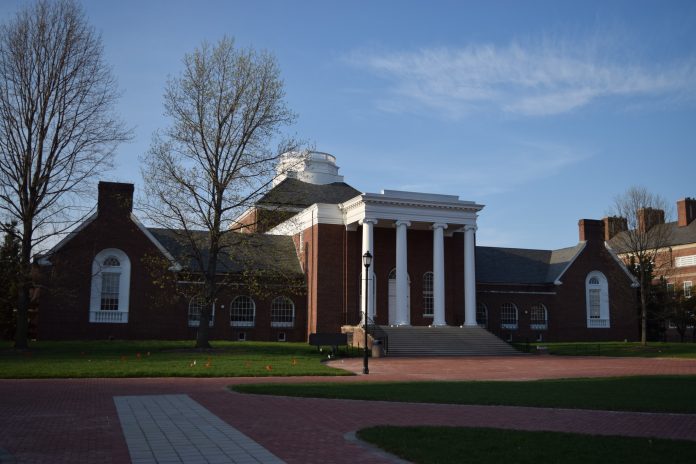 Editor’s Note: The following is a letter to the editor submitted to The Review. It was signed by students from the university. It does not constitute the majority opinion of The Review’s editorial staff, and this is not an editorial. We invite anyone with similar or differing opinions to submit letters to the editor at eic@udreview.com with the subject “Letter to the Editor.” Please note that several members of The Review’s staff signed this letter. We note this for full transparency. These staffers signed this letter in their personal capacity, not as representatives of The Review.

We, the 350 students of University of Delaware and members of the greater community who signed this petition, are outraged at the university’s mishandling of incidents of gender based violence. We are horrified at the many individual incidents where the university did not provide for the safety of victims of gender-based violence and did not hold the alleged perpetrators accountable. The university has allowed alleged perpetrators of sexual violence to remain as members of the UD community with impunity, creating a hostile environment for all students and compromising the safety of the entire community. We demand the following changes to the university’s Title IX Office Practices and Provisions for Student Safety:

The University of Delaware is required to comply with Federal Title IX laws to continue to receive federal funding. This law states that “No person in the United States shall, on the basis of sex, be excluded from participation in, be denied the benefits of, or be subjected to discrimination under any education program or activity receiving Federal financial assistance.” Federal law specifically bans “sex-based harassment, which encompasses sexual assault and other forms of sexual violence.”

The University of Delaware is in clear violation of these federal Title IX regulations as demonstrated by its dangerous environment for female students and the university’s failure to hold students who violate Title IX laws accountable for their actions.

In particular, University of Delaware’s Title IX office maintains an unsafe educational environment for its students by perpetually mishandling cases over the span of many years. The Title IX office disregards victims, fails to investigate a majority of cases, and erroneously applies their affirmative consent policy, resulting in few cases of accountability. They have even allowed students who were found or pled responsible to sexual assault to remain on campus and graduate with a University of Delaware degree.

According to data from the last few years, the university had investigated less than 10% of reported cases due to victims being discouraged by Title IX staff and the excessively difficult process the victims must go through in order for their case to be investigated. Of the cases investigated, less than half resulted in a “responsible” finding. How is this possible? Did over half of the women who reported make false rape allegations? Statistically, this is extremely unlikely. A widely cited study by the University of Colorado, Boulder, states: that “of all rapes … 0.005 percent are false allegations.” While these numbers suggest that most rape investigations at the University of Delaware should result in a finding of “responsible,” over 50% in investigated rapes result in a finding of “not responsible.” These numbers demonstrate that the Title IX process for sexual assault within the university is deeply flawed.

Many of us have attempted to work with the university, cooperating with the university’s internal procedures and exhausting all resources. Some of us have even had lawyers and other third parties reach out to the university on our behalf to attempt to resolve the matter. Despite our efforts, the University of Delaware has refused to appropriately address most of our cases. Due to the university’s failure to respond to other measures, we are no longer asking for change, but are demanding it. We will continue to escalate our grievances until the University of Delaware meets our demands. Read the rest of the petition here.