Movies to watch when you need a good cry 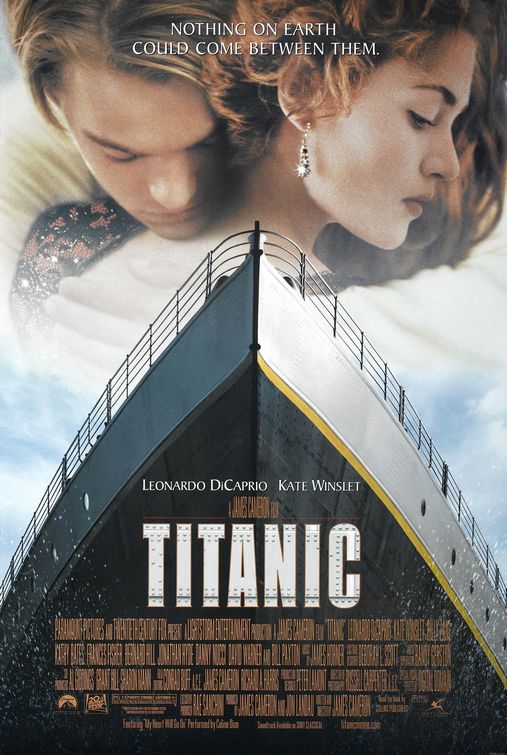 The other day I came to the shocking realization that it’s been months, since I really had a good cry. I missed the feeling of warm tears running down my face and the peace you feel after just letting all of that emotion out.

Before you think I’m crazy, I want to clarify that science backs me up on this — crying is actually good for you. Studies have shown that crying releases endorphins, helping you let go of stress and pain. Moreover, women on average cry approximately 3.5 times a month, so I’m way behind.

Therefore, I’ve decided to make a list of movies for when others, like myself, are in need of a good cry. This list will range from the classics to some more unexpected choices — I found that I cry most when I’m absolutely not expecting to cry.

A few disclaimers: First, I refuse to put any movie about dogs on here. There will be no “Marley & Me” or “The Art of Racing in the Rain.” Why, you may ask? Because I’m interested in a good cry, not emotional torture. If I see anything bad happen to a dog it will be weeks before I recover.

Second, I find that what gets me the most worked up is not a movie that is just downright depressing throughout (this is me calling out “Saving Private Ryan” for ruining my night last Thursday). Instead, I find the bittersweet stories to be the most emotional, so you will likely see a lot of that on this list.

Without any further adieu, let’s get the waterworks flowing.

“Up”
This iconic film had to be on the list, as I think it had us all sobbing in theaters when we were young. There is something about elderly couples that really pulls on our heart strings — they are people who have been together for so long, so seeing one have to live without the other is devastating. Watching Carl Fredricksen live the rest of his life in honor of his late wife Ellie’s dreams is really magical.

Even further, this video recently taught me how Pixar uses music strategically to make us cry. The same touching theme plays again and again in particular moments throughout the movie when Fredricksen feels particularly close to his wife, such as when he realizes she filled her adventure book with pictures of their life together. Honestly, just realizing that made me want to sob all over again.

“Avengers: Endgame”
I don’t know any Marvel fan who wasn’t ugly crying at this one — I personally had a tissue under each eye and continued to weep long after the credits ended. It is difficult to discuss this one without any spoilers, but to anyone who is unfamiliar, keep an eye out for the phrase “I love you 3000.”

This movie hits hard in particular for those of us who have seen most if not all of Marvel’s movies. Thinking about how characters changed from the first movie released, “Iron Man,” to this pinnacle is really moving. I definitely would not go into this one without a box of tissues nearby.

“A Star is Born”
Music really is an extremely powerful force in movies. The plot of “A Star is Born” is, without a doubt, sad, but throw Lady Gaga’s voice into the picture, and how could anyone come out of that movie with a dry eye?

My dad is a big fan of this soundtrack, and still to this day if “I’ll Never Love Again” comes on when we’re in the car I’ll either quickly change the song or find myself blubbering by the end, especially the version with Bradley Cooper in it — just ouch.

“The Notebook”
I’d be remiss if I didn’t put a Nicholas Sparks movie on this list, though I must admit I had trouble picking one as I find many of the outcomes of these movies to be a little too cheesy or over-emotional to really elicit tears. Nevertheless, “The Notebook” is Sparks’ highest rated on Rotten Tomatoes, and I can certainly see why it’s a classic.

What is unique about this movie in particular is that the viewer gets to watch this long relationship from its very beginning to its very end, and sees every bump in the road. By the end, you feel so connected to the characters that whatever is to come will certainly be more emotional.

“Life is Beautiful”
Way back in high school we watched this Italian film in my English class, and wow, that was embarrassing. I don’t think myself or any of my friends expected to be so moved by anything we were required to watch as a class. Yet, there I was, trying and failing to hold myself together as I sat at my desk.

Any movie that takes place during World War II is not going to be an easy watch, and this one is certainly no exception. Yet, it is impossible not to get attached to the characters as a father tries to keep life lighthearted for his young son, while they’re imprisoned in a concentration camp. This one is brutal, but also, as the title insists, beautiful.

“Titanic”
This is another one where I’d simply be crazy not to add it to the list. Now, this movie is harder to spoil because we all know how it ends — the ship sinks. Furthermore, most people are probably also familiar with (and angry about) the floating door situation. Nevertheless, this movie brings a tragic event to life in a really real way.

From a mother tucking in her children to old couples trying to sleep, this movie makes it all too real. And, of course, it includes the beautiful but tragic love story between Kate Winslet and Leonardo DiCaprio.

“Goodbye Christopher Robin”
My mom has always been a lover of all things Winnie the Pooh, so when I saw I could watch this movie on a plane a few years back, I thought, why not? I now know that this would lead to me crying on the plane in a very awkward moment. That is when I learned that flights are a good opportunity to rewatch movies you know, rather than try something new.

This movie examines the life of A.A. Milne, who wrote “Winnie-the-Pooh” after being inspired by his son’s stuffed animals. It goes on to show the ups and downs of Milne’s relationship with his family, and things take a turn for the sad.

“The Fault in Our Stars”
Once again, this movie just had to be on the list. It may be your typical doomed teen love story, but it is done so well. We watch as Hazel Grace Lancaster and Augustus Waters fall in love despite the cancer of it all.

It is a cute and touching love story, and I know that Hazel’s line, “I’m so grateful for our little infinity,” really touched me and many others. I expected to be sad, and yet I did not expect things to go down the way they did. It is a heartbreaking story, but their love is so endearing.

“Saving Private Ryan”
Though I am still really mad at this movie for making me very upset last Thursday, after much deliberation, I did decide to put it on my list because I think it represents a different side of sad movies that may bring others to tears. I do indeed believe it is a masterpiece; this movie shows war in a very real and unglorified way, which is rare. It is not pleasant to see, but it is the truth.

“Forrest Gump”
Speaking of Tom Hanks — because apparently this man just has the ability to make me feel all the emotions — this is another one of his movies that always gets to me. Forrest Gump may not be the most intelligent person out there, but he finds himself in the middle of history several times throughout his life.

From a young age, he also has an undying love for his best friend, Jenny. We watch as this simple man changes the lives of so many people and chases love along the way. I will not spoil the ending, but I can tell you that even just hearing the film score from this movie could make me choke up.

“Inside Out”
There’s nothing like a movie about emotions to get your own emotions going. This movie offers both a sweet and charming way to think about your brain, as well as some truly moving scenes about growing up and letting go.

Disney and Pixar certainly know the recipe to making people cry, and this is another one of their films where they really put this to use. It is always shocking how these movies that are supposedly designed for children can be so moving for people of any age. There are several moments that can bring a tear to your eye, but what got me was the line, “take her to the moon for me.”

“Marriage Story”
This film won award after award for good reason. It follows Charlie Barber (Adam Driver) and Nicole Barber (Scarlett Johansson) as they struggle through a lengthy and difficult divorce. It is very real and authentic; the viewer watches as this once beautiful relationship falls apart and can’t be put back together.

This movie is designed to bring a tear to your eye, and Driver and Johansson’s amazing acting makes it even more real. This unromanticized view of relationships turns away from the long-loved romcom and instead proves that sometimes love dies and people are better apart.

“If Beale Street Could Talk”
This film adaption of James Baldwin’s 1974 book is as moving and relevant today as it was then. It highlights the touching love story of a young black couple as they navigate a corrupt criminal justice system. The amazing performance of Regina King also earned her several awards for best supporting actress.

Whether you’re frustrated about racial injustice or heartbroken for this couple struggling to make things work, this movie will certainly have you worked up. I would say it is one of the most beautiful love stories I have seen in a movie, and that is largely because it is made to feel so real.

“Stepmom”
This movie starring Susan Sarandon and Julia Roberts is super heartfelt and emotional. Roberts struggles to get along with her fiancé’s two children from his previous marriage with Sarandon. However, trying times bring them together in unexpected ways.

This movie is just so painful, and I would place bets that, by the time it is over, you’ll be in tears and calling your own mother. At the same time, however, it’s so touching, and it makes you realize just how important family is, even when a bit dysfunctional.

“Coco”
This list concludes with another Disney and Pixar movie because apparently they really get a kick out of making people cry. This one, though, is really a work of art from the beautiful animation to the shocking plot twists.

Miguel’s journey in the “Land of the Dead” serves to deliver a heartwarming message about the importance of family and remembering those who have come before us. From the trials of his journey to a father’s heartwarming song for his daughter, you’ll surely shed a few tears by the end.

Hopefully, there’s a movie on here that speaks to you because we’re all in need of a good cry from time to time. Just maybe pace yourself!