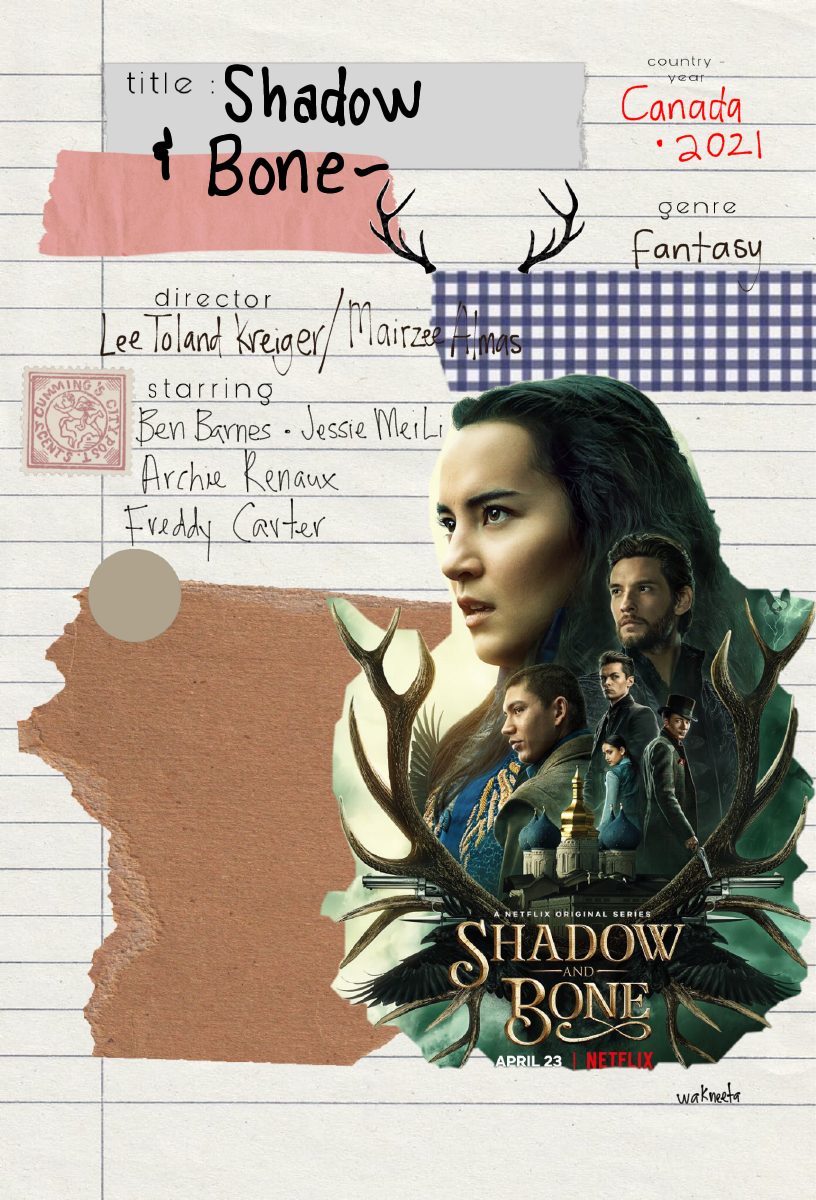 As soon as he graced my screen, Milo the Goat won my heart. The other characters’ interactions with him and his softness against the sharp lines of those around him made this goat a crowd favorite pretty much instantaneously. While Milo isn’t a character from the books, he is definitely one of my favorite characters in the new “Shadow and Bone” show on Netflix.

“Shadow and Bone” follows cartographer Alina Starkov (Jessie Mei Li) as she navigates being the long-awaited Sun Summoner, a Grisha who can manipulate light. Grisha are people who practice Small Science, having the ability to manipulate pre-existing materials and phenomena. Meanwhile, The Dregs, a gang in the city of Ketterdam, are commissioned to journey through the dreaded Shadow Fold, a wall of shadow put into place many years ago by a shadow-summoning Grisha known as the Black Heretic, to capture Alina for one million kruge, their form of money. The three members of the Dregs, Kaz Brekker (Freddy Carter), Inej Ghafa (Amita Suman) and Jesper Fahey (Kit Young), are later known as The Crows after the Dregs tattoo while on the heist that drives the plot of the “Six of Crows” book.

Author Leigh Bardugo’s “Grisha” trilogy and “Six of Crows” duology were combined for this Netflix series and titled after the first book in the trilogy. I had read and loved the books, so given my history of books I love turning into bad movies (ahem, “Percy Jackson”), I was pretty apprehensive about how this show would develop. Luckily, I was not disappointed.

Coming from reading the books, the portrayal of Kaz, Inej and Jesper made me so happy. The actors embodied the nature of their characters, even Carter, who is normally a very smiley person, now playing a character who is darker and leads a gang for a living. They even encapsulate the unique relationships between the different characters incredibly well throughout the season. While I’m partial to the Crows, I still loved the way “Shadow and Bone” book characters such as Alina, Mal (Archie Renaux) and General Kirigan (Ben Barnes) were portrayed as well. Alina and Kirigan stayed very true to the book; however, I honestly liked Mal better in the show. The cast are incredibly talented and did so well all around.

One character that I went into watching the show with high hopes and was not disappointed was Inej. I found her quiet confidence and inner strength admirable when I was reading “Six of Crows” and her positive sibling-like relationship with Jesper and the admiration and respect that fuels her relationship with Kaz is so fun and enticing. I loved the way that was woven into the aspect of the plot that the Crows drove, showing the positive shifts in their relationships as they journeyed through the fold and pulled off the heist, in particular, a scene in episode five that solidifies Kaz’s trust in Inej as Inej is forced to face actions that rock her to her core as she had Kaz’s back during their mission.

The best thing I found out, however, is the fact that by the time they began filming, all of the main cast members had read at least one of the books in the Grishaverse, Bardugo’s fictional universe where these storylines are set. Slipping in lines from the books and knowing how part of the story plays out makes the show so fun to watch. For example, Barnes took specific quotes from the book that he thought best represented Kirigan’s character and worked it into the show while filming, such as the line “fine, make me your villain” on page 325 of the “Shadow and Bone” book and in episode seven of the show.

However, one definitely doesn’t have to read the books to enjoy the show. Although I recommend it, the show is captivating and you learn about the complex world as the season goes on, falling in (and out) of love with characters along the way.

A divergence from the books, Milo the Goat still stole the show as he joined the Crows’ journey through the Shadow Fold. He honestly doesn’t do much, but his presence brings so much joy.

While Milo is a new face in the crew, I really enjoyed how the show combined the “Six of Crows” timeline with the trilogy’s timeline. This was something else I was slightly concerned about as the “Six of Crows” duology takes place a few years after the final book in the trilogy. However, the writers of the show delivered.

The weaving of the Crows into the plot of “Shadow and Bone” was seamless. Not straying too far from the original plot of the trilogy, the writing of the show allows room for the Crows to be a part of the adventure and keeps the ending of the season open for both the second book in the trilogy, “Siege and Storm,” and “Six of Crows.”

Two vital characters in “Six of Crows,” Nina Zenik (Danielle Galligan) and Matthias Helvar (Calahan Skogman), held a subplot throughout the series with their journey together. While it doesn’t run into the main plot of the series too much, it sets up their relationship in “Six of Crows” and the potential for that aspect of the plot in a potential season two.

While Netflix hasn’t renewed the show for a second season, I am very happy with the way the show turned out. I anxiously await the announcement alongside lots of other people, but until then, I have no qualms with rewatching the show.