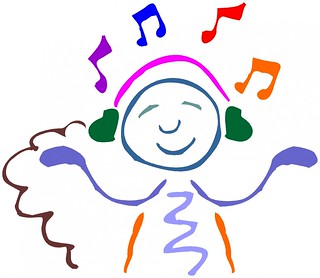 Creative Common
MUSC 106 dives into the coding and analytics behind popular music.

Behind the harmonious tones and catchy melodies of everyone’s favorite artists and songs are carefully crafted algorithms of music composition. The university’s newest course, Computational Thinking in Music (MUSC 106), dives into the science and technology behind music creation.

MUSC106, which satisfies the university’s mathematical, natural sciences and technology requirement, gives students the opportunity to analyze songs written by their favorite artists and break down the digital components to the music.

“We wanted teach students how to think like a computer,” sophomore computer science major Jimmy Skripchuk, the teaching assistant of the course, says. “Not necessarily how to program or necessarily how to be a computer scientists. It’s more so that in this world we’re living in today, you need to be able to communicate effectively with technologists. It might seem kind of weird that we’re doing this for a music class, but I think that computer science and computer technology tools can be very helpful for musicians as just a another tool in their tool kit.”

Skripchuk worked alongside Jennifer Shafer, the professor of the course, to create and code the necessary components of the class. Each student will work in a website known as Hooktheory, which discusses music theory analysis of popular songs. Students will analyze familiar patterns within an artist’s discography and then create their own song using similar coding metrics.

“The purpose is to work on computational reasoning and computational thinking skills but through the lens of music,” Shafer says. “That sort of logic and reasoning applies to every discipline — that thinking can be applied to any major that they’re in or any project that they want to work toward.”

While students work toward their final project of composing a song similar to their favorite band, they will also have the chance to break down the composition of their favorite text, book or poem. This forces students to think about the underlying musical aspects of things that would typically be deemed as a non-musical piece.

Because only non-music majors can enroll in MUSC 106, Shafer sees a variety of talent and interests.

“I’m more interested in that they’re developing these problem solving and reasoning skills, than necessarily the music content,” she says. “[The music] is important to me but in terms of the class its somewhat of secondary importance.”

While there are only 10 currently enrolled students in her course, Shafer has hopes that the fusion of both arts and science topics will spark interested across the university, allowing the class to evolve in the coming years.

“We’re not trying to over-analyze or ruin music,” Skripchuk says. “People get the impression that ‘if I know exactly how my favorite song works it’ll lose the magic.’ Gaining a deeper understanding of exactly how a song is put together, how the harmony works, how the melody flows and the rhythm hits, allows you to appreciate the song better. I think it’s quite silly that people would think analyzing something would ruin the magic. I think it gives a deeper understanding of the work you’re looking at.”