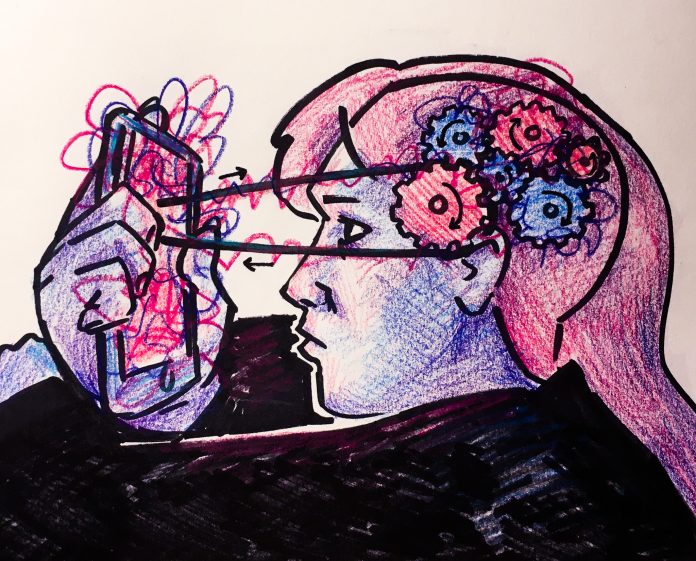 It wasn’t that long ago that TikTok was an app that many people found cringey or didn’t want to admit to having. As we’ve all seen, that isn’t the case anymore. TikTok quickly grew to the huge platform it is today. It influences trends, humor, music and has even provided people with the title “influencer” which will set them up for life. A lot of us mindlessly scroll through our “for you” page until we reach the point where we see the video of the guy telling us to take a break. Unless that’s just me.

It’s no secret that the addiction of TikTok grew during quarantine. The lack of socializing made TikTok and many other social media platforms a place where people felt connected and were able to see how others handled the pandemic. Although it can be fun to watch different types of content constantly, have people become too comfortable with what they post?

If you are a seasoned social media user like myself, you might remember the days when Tumblr was at its peak. Many different fandoms, subcultures and communities created spaces for themselves on Tumblr, and its influence can be compared to TikTok on a smaller scale. The word Tumblr became an adjective, with users striving to be like the pictures they saw reposted constantly. I know we all remember the flower crowns and the knee socks, no matter how hard we try to forget.

Tumblr encouraged many different aesthetics that people adopted, but it became a very toxic place the more comfortable people got with what they were posting. Diet culture thrived on Tumblr, with the words thigh gap becoming synonymous with aesthetic. Rather than a place to rant about the new episode of “Supernatural,” it grew to be a place where mental illness was romanticized. The sense of community that Tumblr was built off of provided people with a sense of comfort among users who freely shared their struggles. But, the detailed descriptions people shared turned Tumblr into more of a “how to” guide rather than a therapeutic outlet.

The young Tumblr users exposed to the pro-ana (pro-anorexia) side of Tumblr have now grown past Tumblr and are witnessing the same culture develop on TikTok. Diet culture has become so prevalent on TikTok that I sometimes find myself having to close out of the app to avoid seeing more “what I eat in a day” videos with harmful calorie counts disguised as a healthy lifestyle. Promoting these behaviors to such a large platform where it could appear on anyone’s “for you” page is doing more harm than good. It’s bad enough that most people compare themselves to the photos we see of celebrities, models and influencers, and now the pool of people has expanded to just about anyone you see while scrolling.

Being candid about your struggles isn’t a bad thing and talking about it is often beneficial. But, the problem starts when the discussion becomes romanticized. People can hide under the guise of “coping with humor” or “being open,” but oftentimes, the content they are putting out can be damaging or triggering to other people watching. Young users watching videos of thin people with a large following posting their 1,200-calorie a day diet encourages harmful behaviors because people so badly want to look like the influencers they see daily.

To counteract the rampant Tumblr-like behaviors, there is some positivity on TikTok. The body positivity movement has picked up on TikTok, with people making videos of marginalized bodies in a positive light. There have been numerous creators bringing awareness to the harmful expectations placed on people because of social media. Recently, there have been many TikToks circulating of creators showing how what you see on social media is fake and that people use things like angles, photoshop and filters to make themselves fit into the societal standards.

Despite the wave of positivity, the problem truly lies in these societal standards we have in the first place. The fact that people feel the need to alter their pictures in the first place only perpetuates the harmful expectations that can lead to things like eating disorders and body dysmorphia.

The increase in social media usage throughout the pandemic has only heightened these issues. People have become obsessed with following whatever trend is happening on TikTok and constantly comparing themselves to whoever they see. It’s sad to see history repeating itself with TikTok becoming the new Tumblr in ways that can be harmful to one’s mental health.

Remember that what you see on TikTok is just a part of real life under a microscope and that everyone can look different. Log off when you need to.