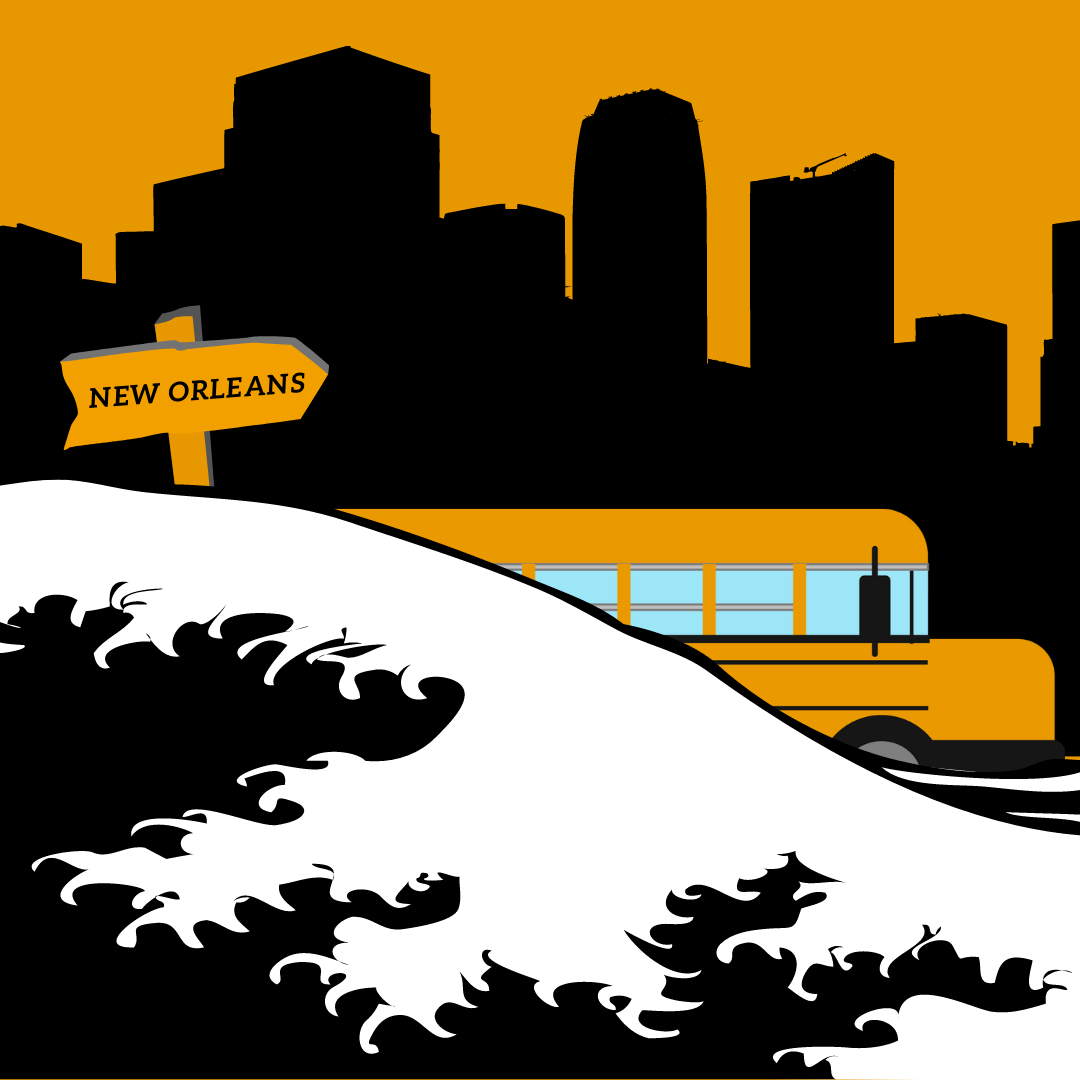 I climbed down the steep steps of the yellow school bus out onto the concrete road paved with rainbow homes in the distance. Every color seemed to be represented, from reds and yellows to blues and greens, even the occasional pink. As we turned the corner, the colorful homes seemed to almost fall apart. These faded, once-vibrant exteriors were smothered in ugly graffiti and covered in debris. The concrete streets were flooded with garbage. The sewers were blocked with plastic wrappers and empty bottles. It looked like a hurricane had just swept through this destroyed community.

A hurricane had in fact swept through New Orleans, although not as recently as it appeared. When I visited for a service trip in 2018, it had been thirteen and a half years since Hurricane Katrina devastated the area, killing about two thousand citizens and leaving millions homeless and hopeless.

I was standing on the streets of the Lower Ninth Ward, a New Orleans neighborhood with a deep community history that came to international attention due to the devastating impact it suffered from Hurricane Katrina. My peers and I began collecting trash off the streets, leaving us wondering: why are we cleaning a mess that was made over thirteen years ago?

Most American citizens, either through the media, education or through word of mouth, know of the tragedy that was Hurricane Katrina. The Category 5 hurricane demolished communities, homes and families. Much of the damage came from the massive floods that left large parts of the city and entire communities underwater. News coverage captured desperate people stranded on top of their homes or balconies, surrounded by water. Drowned mothers, fathers, children, citizens floated down the streets of New Orleans days after the storm. Those who survived were living a nightmare. People who were sick could not obtain their medicines, people who were injured could not receive medical attention, children were alone in their house without guidance, pets were trapped and food was scarce. Where was the help? Where was the government?

The failure of the levee system and government inaction steeped in racist structures has contributed to a lack of meaningful rebuilding, even over a decade later. Debris was still being cleaned off the street by high schoolers like me. After a day of simply clearing plastic garbage off the sidewalks and out of the sewers, we returned the next day for more extensive projects.

Youth Rebuilding New Orleans (YRNO), a youth-led construction-based non-profit organization, adopted my group of students to help with their mission. YRNO aimed to rebuild communities and revitalize the soul and spirit of the city.

We were led into one of the beautiful baby blue houses on the street where the bus had previously dropped us off. What looked like a beautiful house from the outside, was empty and stripped on the inside. A group of high schoolers were putting up wallpaper in the kitchen, while my group was led upstairs. We were given goggles and gloves and shown up to the attic, where we assisted in filling it with thick insulation.

Nonprofits like YRNO work tirelessly to restore, beautify and replenish the community so that the affected families can move back and rebuild their lives. The young YRNO leaders were some of the most inspiring individuals I have ever met. For no compensation they were gathering like-minded individuals to do the work that the government neglected. It was astonishing that most of the work being done to rebuild New Orleans was being done by minors.

Only visiting and volunteering for a week, my peers and I cleaned trash on two streets and insulated two attics. Slowly, each of these once beautiful colored homes will be livable again. The steps that YRNO is taking to revitalize these communities is astounding, demonstrating both the strength of today’s youth and the fact that the United States government has turned its back on its citizens most in need of its help.

In the immediate aftermath of Hurricane Katrina, there was an extremely apparent lack of preparation in the relief effort response. Residents remained in New Orleans for an extended amount of time without food, water or shelter. As if enough people did not suffer or die from the physical hurricane, many suffered or died from the aftermath. Starvation, thirst and violence killed numerous residents in the storm’s wake. Insurance companies refused to give money to deserving citizens whose plans were not covered by “flood damage.” People were missing and no one seemed to help or care. Crime and violence were breaking out and there was no police response. It looked as if an apocalypse was occurring, and that there were no laws to abide by in New Orleans.

Yes, the city’s flood-protection system has been marginally rebuilt and strengthened over the past decade. Many neighborhoods were restored and many moved back to the city. However, there are still plenty of neighborhoods that remain uninhabited due to the long-lasting damage caused by the hurricane. The government, again, seems to still be doing absolutely nothing. Children have taken over the critical reparative role of the government. We are forming non-profits and banding together to replenish these destroyed areas that no one seems to pay attention to anymore.

Visiting New Orleans for the first time, I did not think there could possibly be heavy damage still around from a storm that occurred when I was just four years old. I was disturbed by how wrong I was. This life-changing experience I had was four years ago, and YRNO is still persevering every day to accomplish their mission. I would love the opportunity to team up with this amazing organization again, as well as spread their mission nationally to enlist other teens in their vital work. YRNO has truly shown me the transformative potential of youth banding together.