Please please me: Celebrating 58 years since The Beatles’ debut 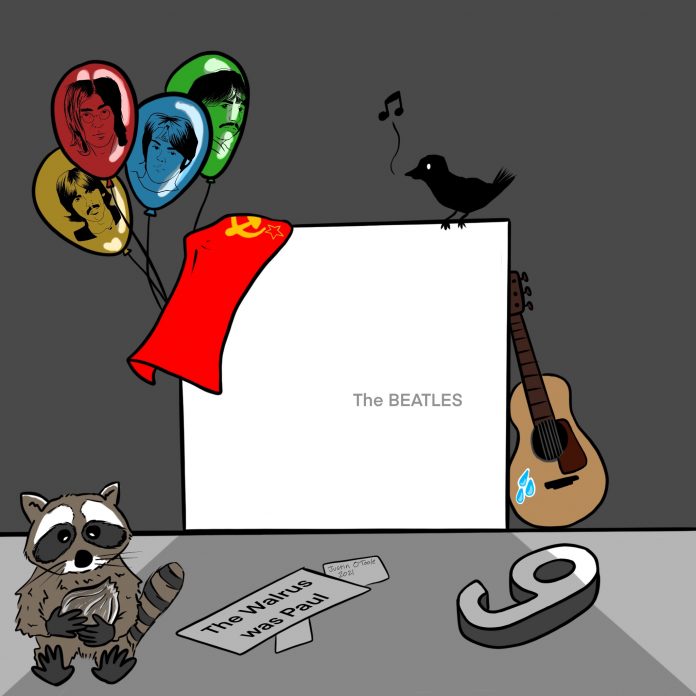 On March 22nd, 1963, The Beatles released their first album titled “Please Please Me”. No one really knew how much music history this 32 minute album would kick off in the 1960s, but it definitely started a whirlwind of a life for John, Paul, George and Ringo. Voted 39th on Rolling Stone magazine’s list of the “500 Greatest Albums of All Time,” this is “Please Please Me.”

I was able to get my hands on a “Please Please Me” original record a few years ago when I was given a turntable for my 16th birthday and started collecting vinyl records. Although it was the first full album that The Beatles released, it was not the first Beatles record that I could find at a record store.

I began listening to The Beatles at a very young age; I think I was about three or four years old. But I didn’t listen to their earlier albums, like “Please Please Me” and “With The Beatles” until years later when I really began to appreciate the history of the band. Most people my age only know The Beatles for their most famous albums like “Magical Mystery Tour”, “Sgt. Pepper’s Lonely Hearts Club Band”, “Let It Be” and, of course, “Abbey Road” that have cemented their place in music history. But listening to their earlier music in addition to their late 1960s hits shows how far the band has come and how well they changed with the times by their different sounding albums.  Each one of The Beatles albums, with the exception of “Please Please Me”, “With The Beatles” and “Help!”, sounds completely different, and that is one of the many reasons why I’ve come to love The Beatles.

George Martin was the band’s producer and was commonly known as “the fifth Beatle” because of his involvement in each and every one of The Beatles’ original albums and the films that were produced starring The Beatles. He also had a lot of say in when singles would be released and which songs would be on the record. Martin originally thought about recording “Please Please Me” at the Cavern Club, the famous club in Liverpool, England where The Beatles were first discovered. There, they performed songs like “Please Mr. Postman,” “Roll Over Beethoven,” “Till There Was You,” “Tutti Frutti” and “Twist and Shout.”

In their Cavern Club days, The Beatles were not yet called “The Beatles,” they were called “The Quarrymen.” One of their first songs they performed at the club was the song titled “In Spite of All The Danger,” a song that I’ve actually heard McCartney sing live at a couple of his concerts within the past few years that he’s gone on tour. He normally plays around 40 songs at his concerts and always makes sure to add in this “Quarrymen” original song, which is always such a nice tribute to the start of the band that everyone in the audience knows and loves.

Having the album recorded at the Cavern Club would have been a good place to start for the band’s first album, but Martin ended up landing them a recording with EMI Records in London, England. The Beatles took all day to record the album by doing their set of the album, song by song.  They recorded their cover of the song “Twist and Shout” by The Isley Brothers last because Lennon had a nasty cold the day they recorded the album. They chose to do this because Martin was worried that Lennon’s big solo section in the song would make him sound worse on the rest of the album. It is difficult to notice, but while listening to Lennon’s singing parts on the record, you can kind of notice that his voice was a little bit raspy, and he sang at a lower pitch than he sings in later recordings of their music. While listening to the record on my turntable, I noticed Lennon’s raspy voice the most in the songs “I Saw Her Standing There” and “Misery.”

Just like music today, most artists chose to release a “single” song off of their album to kind of give it a head start in the media and the public. Of course, because in the 1960s the singles would be released on two-sided records, two songs needed to be picked. So, The Beatles decided to release “Love Me Do” / “P.S. I Love You” as their first single off their debut album a few months before the whole record was released. When they began recording the song, Martin had suggested that they use an instrument like a harmonica, an instrument that was used in multiple hit songs in the early 1960s.  The Beatles are historically known for their very original sounding songs, and the use of the harmonica in “Love Me Do” was the beginning of their original trademark.

The Beatles’ started out being credited as just “McCartney-Lennon” because John and Paul wrote most of the songs on the album. Out of the 14 songs on “Please Please Me”, McCartney and Lennon wrote eight of them, including “Love Me Do.” Many Beatles listeners know “Love Me Do” as their debut single. That is exactly what it was. The record peaked at number 17 on the U.K. top music charts. The song was also released in America but not until 1964.  It wasn’t long after it’s debut in America that the song became a number one hit.

But what some Beatles listeners don’t know is that McCartney wrote most of this song when he was only 16 years old. McCartney was always one to chase trouble, especially when he was younger. McCartney has gotten in trouble at school for skipping class and was suspended for a few days. So, why not write a hit song? The song was not yet finished though, which is where Lennon’s contribution came in. Lennon and McCartney sitting down scribbling songs in their notebooks together, like they did while writing “Love Me Do” and hundreds of other songs, was the start of something big that they were not yet aware of.

The album cover ended up being quite memorable as well. After weighing many ideas that Martin had for the cover, they went with what seemed to be the simplest of all ideas: a friendly photograph of the group looking down from the stairwell of EMI Records, where the band had recorded the album. The photo was later remade for the cover of their blue compilation album, consisting of their songs from 1967-1970, including songs from “Magical Mystery Tour”, “Sgt. Pepper’s Lonely Hearts Club Band”, “Abbey Road” and “Let It Be.”  The compilation album also included several singles that did not appear on any Beatles albums, such as “Lady Madonna,” “Hey Jude” and “Revolution.”

Every band has to start somewhere, but it is astonishing how much of an impact The Beatles had on music and society, starting with their debut album in 1963. “Please Please Me” remained on the top charts in the U.K. for 30 weeks that year and remains known as the record that started an earth-shaking decade in music history.