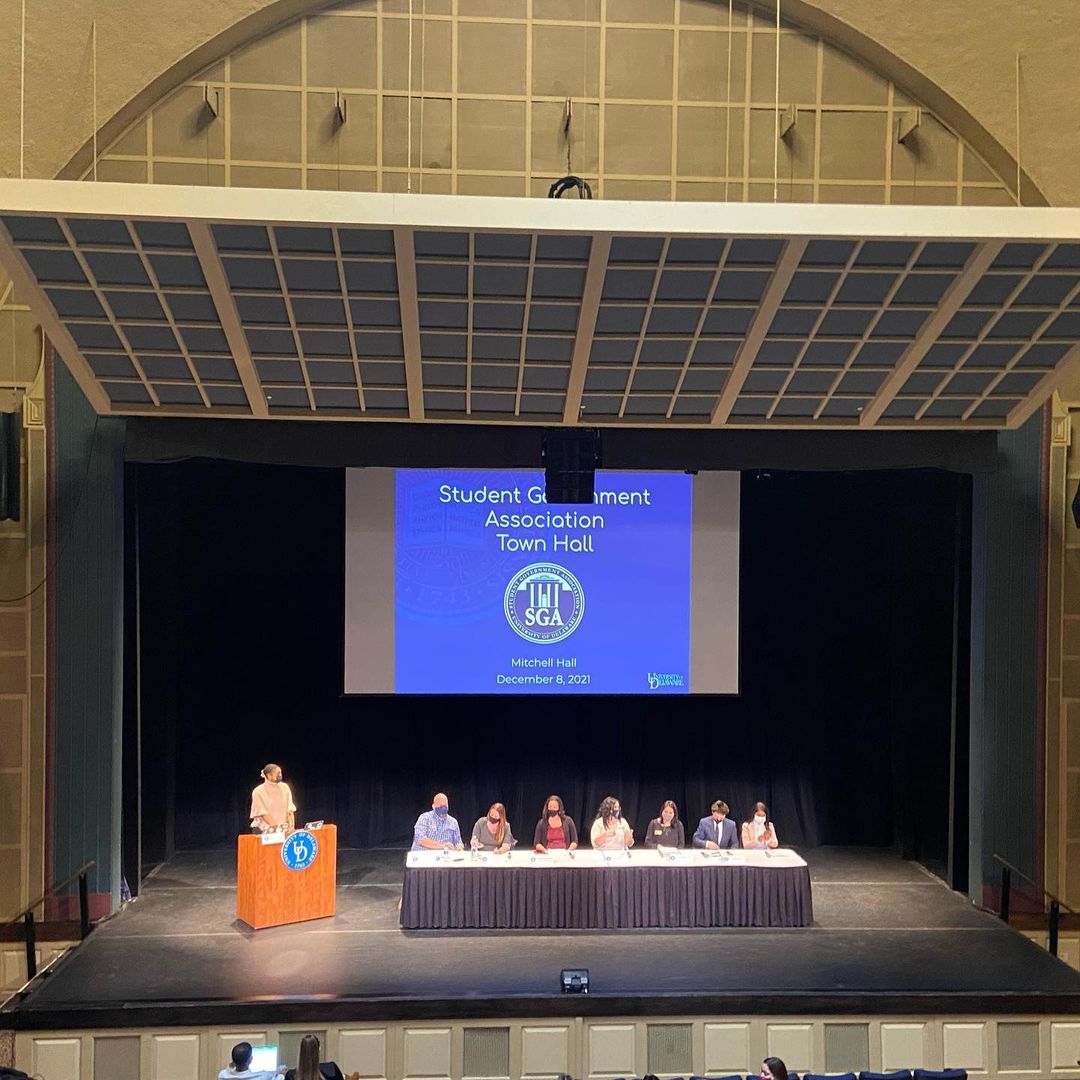 The event was announced after Brandon Freyre, a sophomore at the university, was charged with kidnapping, assault and strangulation of a female victim on Oct. 11. The university’s delayed response sparked multiple protests as students demanded action from the administration.

At the town hall Adam Cantley, dean of students, said that the university’s actions in regard to gender-based violence and relationship violence are highly dependent on when the university is made aware of it.

“When we look at what the university is doing to address gender based violence, interpersonal and relationship violence, and all of that it really depends on when we know about it,” Cantley said. “So when there is a crisis incident probably one of the biggest things that would determine our response is — who is the initial responder and where did that happen?”

Incidents that occur off campus are handled by the Newark Police Department and the State of Delaware. This means, according to Cantley, that the university is not necessarily aware of the details of the case, as state law enforcement will respect the privacy of the suspect.

He emphasized that while the university may not always be able to make statements about incidents as they occur, it can, and will, take immediate action to separate dangerous individuals from the general school population.

Zainab Shah, the program coordinator for Victim Advocacy at Student Wellness and Health Promotion, stated that the university’s approach to cases of sexual violence is victim-centered.

“What we do through our office, and through other offices, is really centering the victims’ needs,” Shah said.

According to Danica Myers, the Title IX coordinator at the university, all reports of gender-based violence go directly to her, and are read by nobody else but her. She explained that because each instance of gender based violence can vary wildly, the university tries to make the process of reporting as easy as possible for victims.

Panelist Shah noted that most instances of gender-based violence happen between people who know each other.

“Gender-based violence, we have this idea that it happens, you know, in a dark alley with a stranger, but that’s not really the case,” Shah said.

A large portion of the conversation was centered around the idea that there is a fundamental issue with the campus culture as a whole. According to Shah, the administration believes that in order for the campus to become a safer place for female students, a culture of accountability needs to be fostered among all students.

Corin Edwards, the director of Fraternity and Sorority Leadership and Learning, said the university is implementing mandatory accountability training modules for all undergraduate students.

According to Joey Gonzalez, president of the Inter-Fraternity Council (IFC), fraternity members who fail to complete the mandatory training modules are subject to fines, community service and expulsion from the IFC.

Edwards added that student organizations that fail to meet the university’s expectations in regard to the mandatory training are subject to sanctions by the university.

One of the recurring themes of the panel was that students at the university need to hold each other accountable for their actions. Kasiyah Tatem, SGA president, has a positive outlook in this regard.