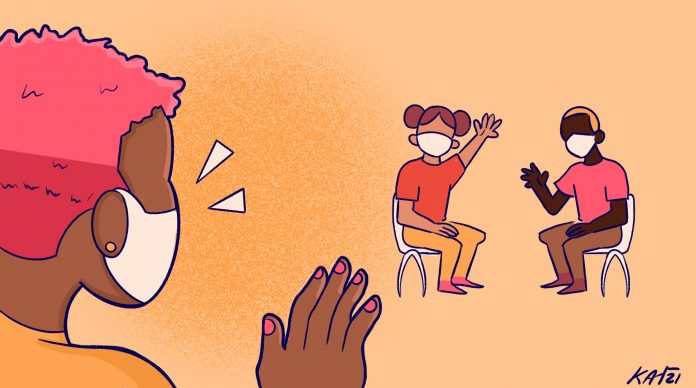 There is a general consensus that the year 2020 took a toll on many individuals, not only in the United States but around the globe. Of these individuals, Black Americans have felt the weight of the year, and continue to, as we progress into a new year. With all of these struggles faced, one might ask: how is everyone doing?

One way to answer this question is through a support group. Ghynecee Temple, the Black, African American and African diaspora-focused clinician at the university’s Center for Counseling and Student Development, and Jennifer Major, a social justice postdoctoral fellow at the counseling center, have started a support group targeted at Black-identified students.

For the record, one does not have to be only African American to participate. “Whether you’re an international student, whether you have immigrated, whether you are biracial Black, if that is how you identify, then the group is for you,” Temple says.

The group, which started in September 2020, is here to create a space for Black students on campus to talk and share. The group meets weekly on Tuesdays from 3 p.m. to 4:30 p.m.

“I was thinking about everything that has transpired this year with COVID, the continued murders of Black and brown people and knowing that all these things would impact Black students specifically,” Temple says. Temple wanted “to create a space where Black students could come talk about their experiences, be supported by people who are part of the community, who can relate [to] and honor those experiences.”

In addition to creating a space for conversation, another goal of the group is community building and accessibility.

“We know that there can be a lot of barriers and maybe uncertainties around the idea of coming into the counseling center, so by having a support group it makes it more accessible to students to connect and talk about the things that are related to Black experiences,” Major says.

This need to create more space stems from the fact that the university is a predominantly white institution and therefore has few spaces for people of color to seek help for their mental health. Temple and Major’s own life experiences were influences as well.

Major cites her “experiences, personal and professional, of being in predominantly white spaces and being the only or one of the few Black-identified persons in this space. Just connecting with folks who may, although there may be differences and there are differences in our experiences, there are also similarities,” Major says.

The structure of the group is not as formal or structured as other support groups might be. The semi-topical support group has discussed themes such cultivating Black joy and self-care while leaving space for people who want to bring up their own topics and needs as well.

“Our support group doesn’t have that requirement of going through the paperwork, of committing to being in the group. For folks, if they’re comfortable and have the time, come as frequently as possible,” Major says.

With the group starting during a global pandemic, there have been a few difficulties, including with participation, most likely due to the fact that students are not all on campus.

“It’s been really tough to get students to engage with the group. We’ve had less than a handful of students either reach out and/or come to the group, so that’s been disappointing,” Temple says. “I think part of it is that we’re not on campus. Even at the counseling center, our service numbers are down. So I think as more students come to campus, we probably will see a bigger number.”

The main goal of the group is to provide a space for students to connect and also make the space their own. Building a sense of community and connection are very important to both women. Interested individuals are welcome to contact either Temple or Major and are highly encouraged to reach out as their doors are always open.

“So many traumatic things have happened to the Black community this year, and I feel that it’s so important to have spaces where empathy and care and community exist,” Temple says.