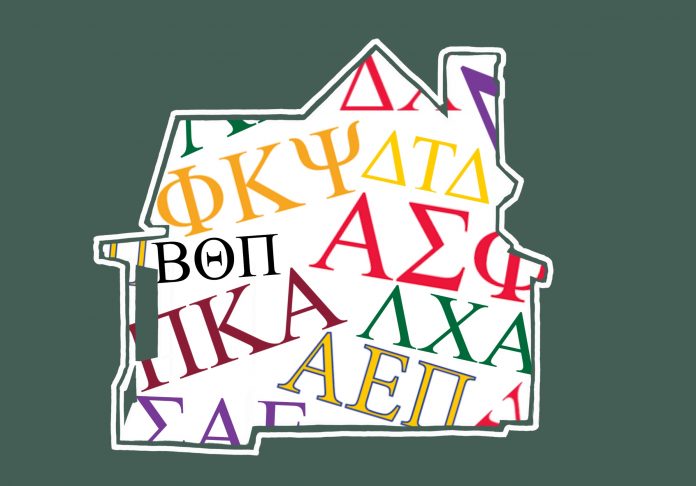 Amid controversy on campus surrounding the negative impacts of Greek life, a recent quarrel between Newark City Council and a fraternity raises questions about where and if Greek life should mark its territory on campus.

On Oct. 26, Newark City Council denied a special use permit for a proposed fraternity house for Pi Kappa Alpha, also known as PIKE, on Continental Avenue. The Delta Eta Corporation, which supports the university’s chapter of PIKE, has owned this particular house since 2013, but has since rented it out to an organization who uses it as a homeless shelter and a residential drug treatment center and who is now ready to relocate from the Continental Avenue location.

Joey Gonzalez, president of the Inter-fraternity Council and vice president of Theta Chi, said that he feels that Newark City Council’s denial of a special use permit to PIKE is unfair.

For Gonzalez, the city’s reluctance to allow fraternities to have recognized housing — that is, housing that officially belongs to the fraternity, is paid for through the fraternity and has its letters on the front of the house — creates more problems than it solves.

“Instead of having us all in one place … they’re just spreading us out further into more houses on campus,” Gonzalez said. “The way I see it, if you give [fraternities] a localized place where they can all come together and do their chapter activities … it’s making it a safe and controlled way for them to operate in the public’s eye.”

Gonzalez said that when fraternity brothers are living in housing that is officially owned by their fraternity, with the letters on the front of the house, that encourages the fraternity members to be on better behavior.

“The last thing that they would want is for their chapter to be causing any public disturbance while their letters are nailed to the front of the house,” Gonzalez said.  “They would be shooting themselves in the foot at that point.”

Gonzalez said that in this way, Newark City Council just may not understand the current culture of the school. Mayor Jerry Clifton, however, said that this particular decision to deny the special use permit was made in order to protect the health, welfare and safety of the Newark community.

In response to the concern that fraternity members could just reside in unofficial fraternity houses, where there is less supervision from the fraternities’ house corporations like Delta Eta, Clifton said the benefits of the denial of the special use permit in this situation outweigh the costs.

“For years, we have had the issue of recolonized fraternities in other areas and many of them have probably flown beneath the radar,” Clifton said. “If they’re not doing things right, then they’re subject to the same laws that you and I are subject to.”

Clifton said that in terms of the PIKE house, if the location was right, he would support the approval of the special use permit. As it stands, the location of the proposed PIKE house was not fitting as it was in a “blended community” of students and local people, according to Clifton.

While most fraternities and sororities either have privately-owned houses or do not have any official housing at all, some have the option of on-campus housing.

According to Corin Edwards, the director of Fraternity and Sorority Leadership & Learning, the university owns seven houses, which are a mix of standalone houses, townhouses and residence-hall style housing, for fraternity and sorority housing. Each year, they send out applications to all fraternities and sororities, and, based on the groups’ histories, contributions to campus and financial viability, they select chapters to reside in these locations.

“I believe there are great benefits to having people live together when it’s done well,” Edwards said. “Mimicking that living learning environment and the leadership development that could come from having to manage a facility and live and work with people can have really great impacts on student learning and personal development.”

Though the university does have these seven available spaces for fraternities and sororities, there are currently 47 total fraternity and sorority chapters on campus across four Greek councils.

“My feeling is that the fraternities and sororities are certainly part and parcel with the college experience,” Clifton said. “With that being said, I think since that’s truly part of the educational domain of the university, I think it would be nice to house the fraternities and sororities on campus that way the university would have direct control over the Greek organizations.”

This semester, there has been renewed scrutiny about the supervision and control of Greek organizations on campus, after a member of the university’s Kappa Delta Rho fraternity, Brandon Freyre, was charged with assault.

This questioning about Greek life comes in the midst of larger conversations in the country about the role of Greek life on college campuses and the potential for its abolition. This issue of housing for Greek life, according to Vox, is one reason that colleges and universities have no interest in getting rid of Greek life just yet.

Fraternities alone own about $3 billion in real estate across 800 campuses in the United States, and wealthy alumni of these Greek organizations are often the ones pitching in funds for these houses. Universities have little interest in alienating this class of people who may later donate to the universities themselves, Vox reported.

Though the University of Delaware has comparatively fewer recognized on- and off-campus Greek housing as compared to other colleges and universities, it is still entangled in the interests of Greek life. About a quarter of the student population at the university participates in Greek life of some form.

For Gonzalez, having the university and city recognize housing for this large chunk of the campus population would help “destigmatize Greek life.”

“It would really mean a lot to the students and to fraternities if the community was proud to show us off,” Gonzalez said. “We’ll be right there, we’ll be your next-door neighbors.”