The language of the indigenous, traversing the Americas 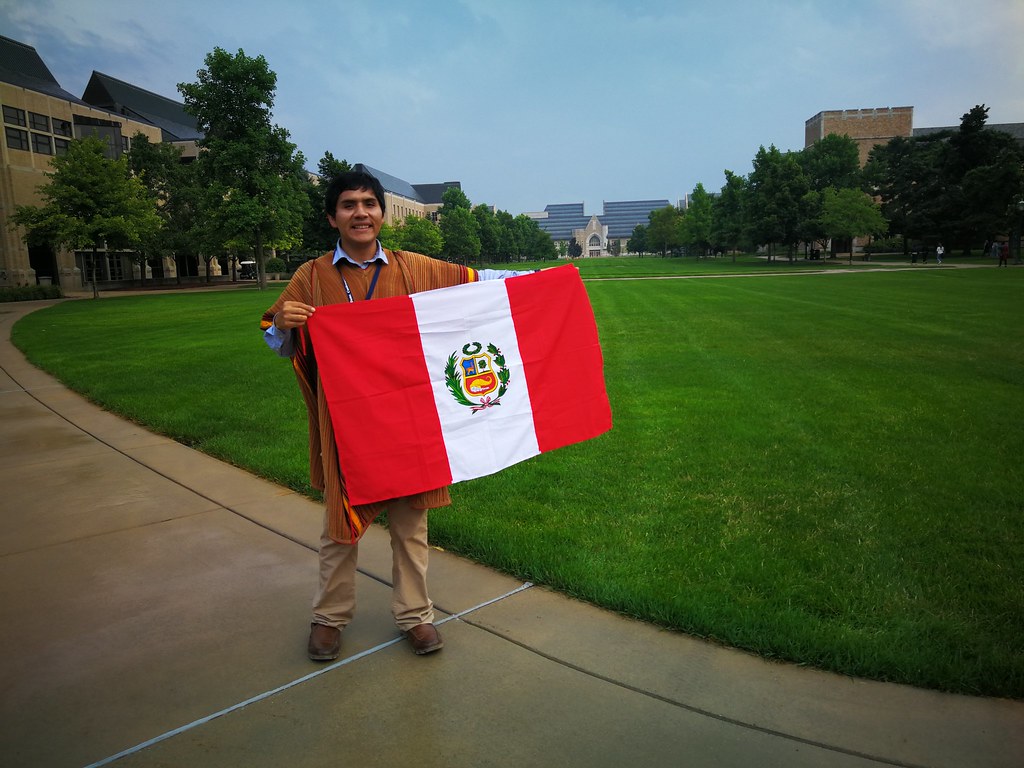 Before South America was colonized by the Spanish, there were huge groups of Mayan and Inca people living all over in many different regions. Along the Andes Mountains, which today spans across the countries of Peru, Chile, Colombia, Venezuela, Ecuador, Bolivia and Argentina, there are still people to be found who speak their indigenous language.

Quechua is one of the last remaining languages from indigenous peoples, with more than eight million speakers of it still alive today. At the university, Fulbright scholar Jermani Ludena hopes to use his Foreign Language Teaching Assistantship to teach students this language of the Incas.

“I learned that Fulbright was looking for professionals who were interested in teaching Quechua in the United States, so I decided to apply for this opportunity,” Ludena says. “Fulbright selected me and two other students, who are at Notre Dame University and the University of Oregon.”

However, his Quechua language education did not begin with college. Ludena has been speaking it his entire life, as it is his native language along with Spanish. In Peru, he was organizing radio stations and videos to help educate others in Quechua about the importance of education, infrastructure and other important aspects of life.

“I was working in my country with Quechua people, in radio, producing radio stations in Quechua, to help and to empower people in the communities,” Ludena says.

He grew up in the Apurímac Region in southern Peru, where he lived in a small Quechua community named Puca Puca, which is not to be confused with another town in the area named Puca Pucara.

“Puca in Quechua means red, so the name is ‘red red’ because this community is in a special place where the soil is red,” Ludena says.

Life in Puca Puca was not always easy, as Ludena says he had to speak both Spanish and Quechua in order to get an education. The local schools and universities were taught only in Spanish, which is the official language of Peru.

“The majority of the population speak Spanish and people who speak Quechua believe that all children should learn to speak Spanish to avoid discrimination,” Ludena says.

Because of the differences, Ludena says that he was living a sort of double life, one where he spoke one language at school and one language at home, because it was not encouraged for people to speak their indigenous language.

“But my life was in Quechua,” Ludena says.

Before the Fulbright, Ludena was hosting his radio shows, and before that, he studied social communications in Cuzco, Peru, where he also learned some English.

At the university, he will be holding a free, non-credit bearing class on Thursdays and Fridays from 5 p.m. to 6:45 p.m. in order to teach those students who are interested in the Quechua language. This fall semester will be a basic Quechua course, with plans that the spring will be more advanced.

Currently, there are 25 students signed up for the class, but with plenty more still to come. He hopes to educate those who are interested in learning about Latin America, its culture and its people, in the same way that he educated people in his own community.

Ludena will be staying at the university for one academic year, helping those students who are interested in his native language learn it in the best ways possible. With a message of empowerment in his home land and here in the United States, Ludena is pleased to help those who are willing to learn.

“I want to teach my language; I didn’t believe here that I would be teaching Quechua, because in Peru, [the language] is a cause of discrimination against my people,” Ludena says. “I’m very happy that here in the United States, there are people who are interested in learning my language.”