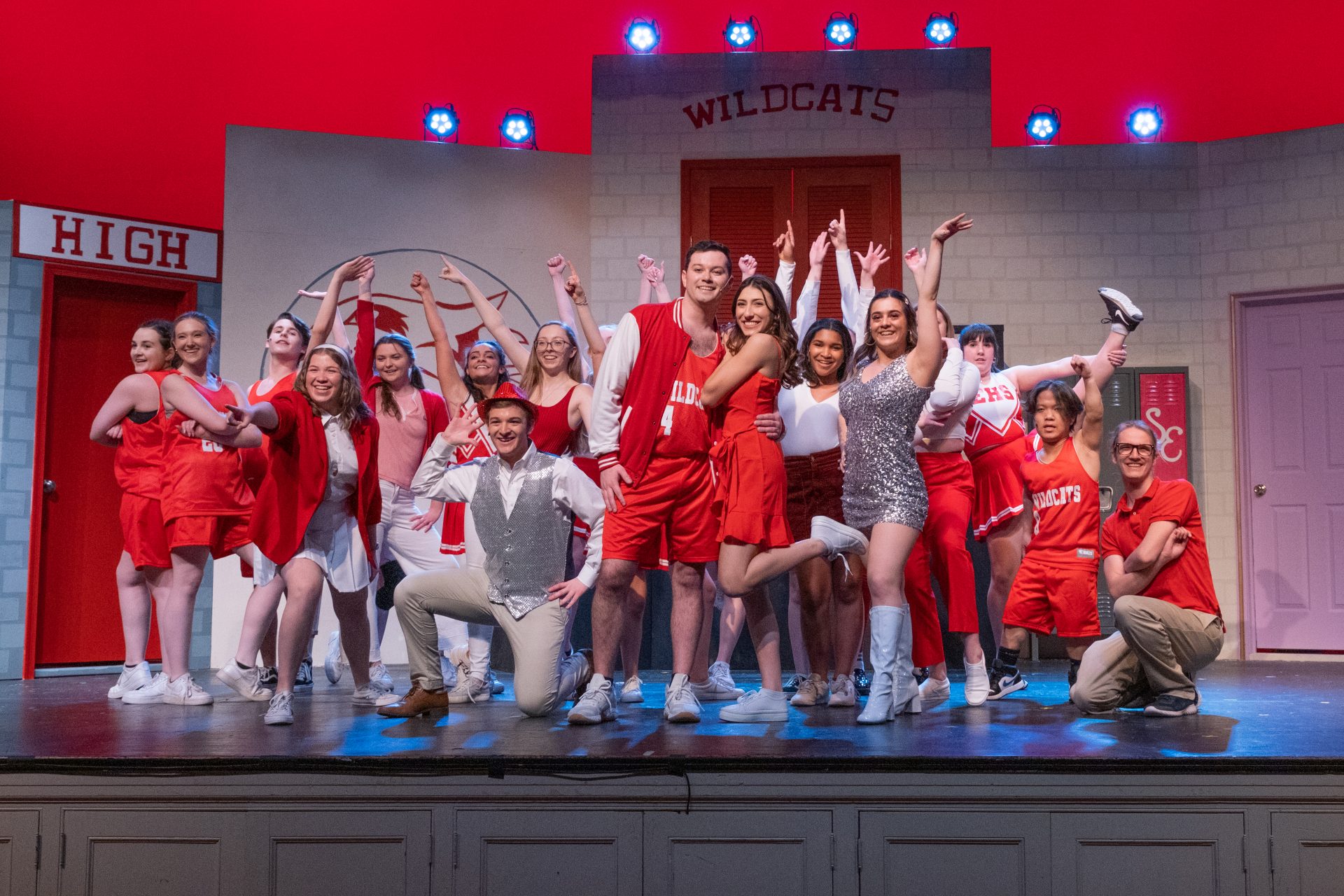 In 2006, the world heard the hits of Disney’s “High School Musical” for the first time. In 2007, the first professional theater company staged a production of the popular TV musical.

On March 17, 18 and 19 HTAC performed “High School Musical” in Pearson Hall, marking its first production of the spring semester.

According to Jane Haracz, vice president of HTAC and junior at the university, the idea to perform the musical first came into being during HTAC’s proposal process. This proposal process consists of a member of HTAC outlining the plans for the potential shows’ budget, sets, costumes and more. The company as a whole then votes on which productions they would like to pursue for the upcoming semester.

Premiering only six weeks into this semester, the timeline of staging this production did not come without challenges for the company.

“Learning the music, learning all the blocking, [creating] costumes and designing and building a set, that all is happening in those six weeks,” Rose Langrehr, president of HTAC and junior at the university, said. “So it definitely is a crazy time. But it always works out in the end.”

On March 17 as students on campus hit the local bars and partook in Saint Patrick’s Day festivities, the curtains rose for HTAC’s opening night. Haracz said that the audience was not large on that Thursday night, but the show received positive feedback from the crowd regardless.

“They were eating it up,” Langrehr said, echoing Harcz’s statement. “It’s funny to always hear what … a live audience will laugh at.”

Langrehr said that the act of performing “High School Musical” as college students, while silly at times, was part of the fun of the production.

“You have to give into the campiness of it,” Langrehr said. “The nostalgic-ness of growing up with ‘High School Musical’ is one thing, but also it’s kind of fun to be playing youthful kids on stage.”

This show was also HTAC’s first fully unmasked show since before the pandemic. According to Haracz, in the fall of 2021, all of their performers were masked unless they were singing alone on stage.

“This is like our first fully unmasked production, which is also cool because it wasn’t going to be [unmasked] until like a few weeks ago when we got an email,” Haracz said.

Leading up to the show the company faced diversity concerns in early February regarding the casting of “High School Musical.” After posting the cast list on their Instagram, the post received comments regarding a lack of representation of people of color in leading roles.

“We are trying to take steps to better our company as a whole through things like [a] town hall, and we had training with the social justice peer educators, which was really informative and really helpful,” Langrehr said.

“Diversity, equity and inclusion have been a hot topic in theater for … the past two years,” Haracz said. “And I think it’s really great that we’re having these conversations in HTAC because yes, we go to a [predominantly white institution], but that doesn’t mean we just can’t do anything about it.”

The final performance of “High School Musical” on March 19 went just as well as the others, according to Langrehr. She said that the show that and the previous night had great turnouts, with a large line of people waiting to see the production.

“It’s always a little sentimental when you finish a show,” Langrehr said. “But it was still fun, and I think it went really well.”