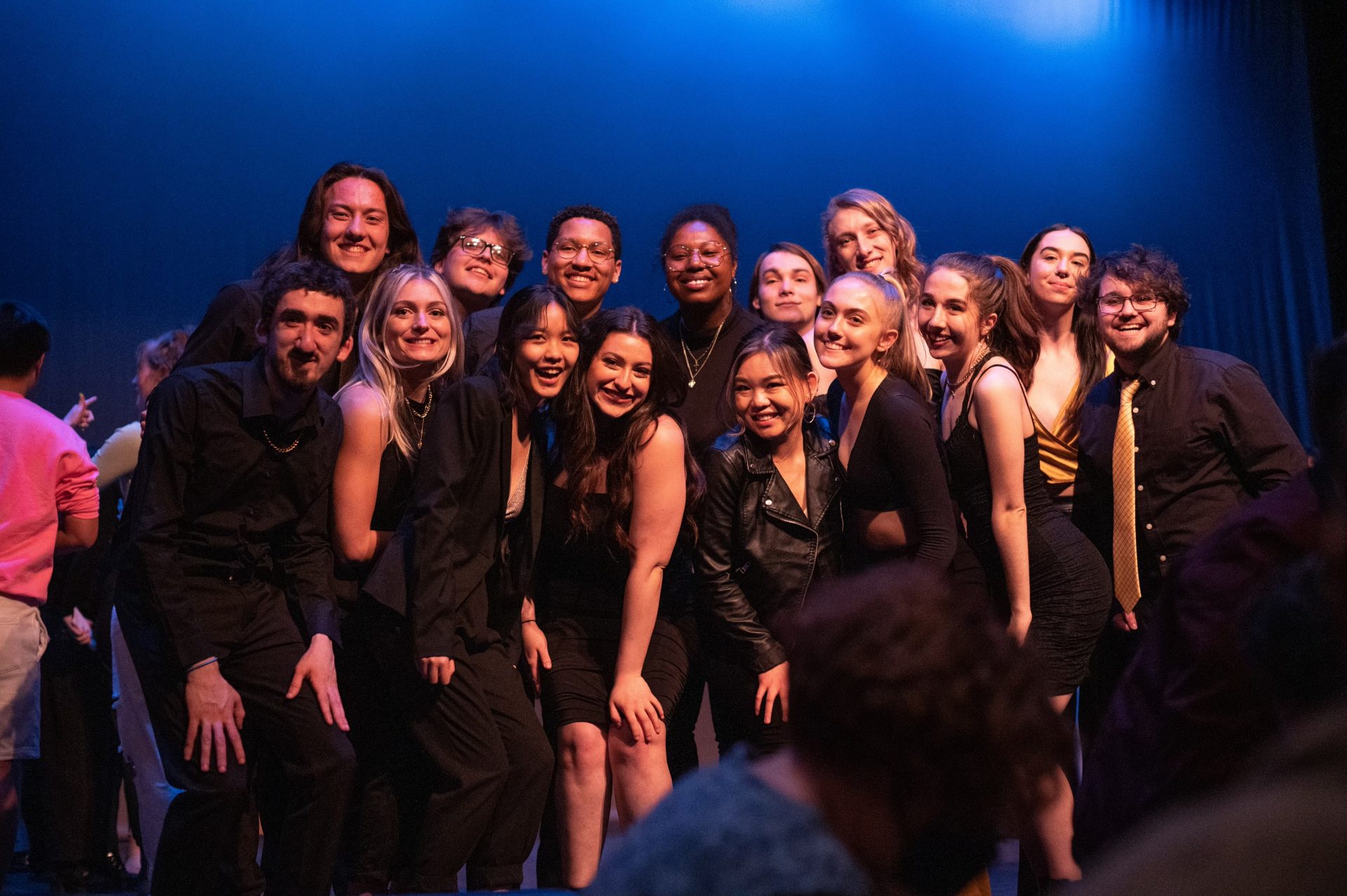 Though the hit movie “Pitch Perfect” was released nearly ten years ago, members of the university’s a cappella groups still feel that it reflects the spirit and experience of collegiate a cappella in 2022.

According to these a cappella singers, students can experience a real-life version of “Pitch Perfect” on the university’s campus. The university has over 10 a cappella groups, all of which have annual concerts and three of which are taking their shot to compete on an international level.

The three competitive a cappella groups are MelUDees, Golden Blues and Vocal Point. These groups competed in this year’s International Championship of Collegiate A Cappella (ICCAs) on February 26th at The Jay and Linda Grunin Center for the Arts in Toms River, New Jersey. Golden Blues competed for the first time in this competition this year while Vocal Point has been competing for decades. Vocal Point has qualified for the ICCA semi-finals seven times and once advanced to the finals rounds.

The ICCAs made the movie screen with the film “Pitch Perfect” in 2012, which centers around collegiate a cappella groups at the fictional Barden University and their journey to the competition. Those that have seen “Pitch Perfect” likely have the right idea about what the ICCAs are, according to Vocal Point Director and student Josephine Moran.

“The way we usually describe [the ICCAs] to people new to a cappella is literally the exact competition in ‘Pitch Perfect’ that they talk about,” Moran said.

The ICCAs is an international competition for collegiate a cappella groups involving a 10 to 15-minute set for each group that consists of three to four songs with choreography. The a cappella groups perform, and judges fill out scoring sheets for each group, distributing points for 15 categories. The scoring is divided into two main categories: the vocal category and the visual category.

Golden Blues had a similar process.

“We started [preparing] during winter session,” Julia Brice, student and assistant director of Golden Blues, said. “We would head up to the Lil Bob for our choreography sessions.”

Both Golden Blues and Vocal Point assigned members of the groups to work on choreography while the heads of the groups oversaw the vocal elements of the sets.

“We have a couple different perspectives brought to the table.” Moran said. “We try to make it a collaborative process.”

Rehearsals for the groups were three times a week, with half of the time spent on choreography and the other half spent on vocal training. Golden Blues had 12 hours of rehearsals throughout Winter Session.

While Vocal Point is familiar with the ICCA process, Golden Blues was unsure what to expect. The members of Golden Blues were conflicted about whether or not to compete because they did not know how becoming competitive would affect the group.

Vocal Point and Golden Blues directors both spoke highly of their experiences at the ICCAs.

“All the groups were super super nice and really friendly,” Brice said.

Golden Blues Assistant Director and junior Hannah Andrews shared that Golden Blues received positive feedback from the competition. The group plans to utilize this feedback to improve their performance skills for next year’s ICCAs.

“For a lot of people being able to get on stage and say ‘I did the ICCAs’ was most important,” Andrews said. “That’s just the ‘Pitch Perfect’ dream for some people.”

Due to the large amounts of time spent together rehearsing, the members of these a cappella groups have established close relationships with each other.

“We’re just a group of friends who love to sing and make music together,” Brice said.

“Vocal Point is like a family,” Moran said. “We hang out after pretty much every rehearsal and throughout the week. We are making our art together, and it should be like that.”

Golden Blues and Vocal Point both plan to compete again next year in the ICCAs.