Unfiltered Commentary: Dreaming of another world 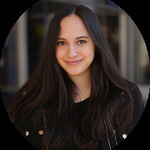 Imagine we are the result of an apocalypse. We are the people that they talked about—those “what if there are a ‘people’ bound to walk the Earth in the future if there happens to be an apocalypse” people. That’s insane.

Are we those people?

Every day there’s chaos that leads many people to see our own demise happen before an apocalypse. Others may hope for an apocalypse, preparing for doomsday and hoping that those last moments of life on Earth would be the ones they needed to really taste freedom in the scary world we have created. They hold hope that an apocalypse could be the only solution and best form of relief the Earth could throw at us before we, the people who roam and exploit its resources, kill it first.

And then I think—my inevitable death never seemed so inevitable before.

But yet, I have so many questions. I need so many answers. And so, without knowing, I will still ask and hope that one day we can grow into young children, for they are the ones who see the world as it should have been before we grew up.

What would a world without us look like? Would the planet be better for it? Would Earth miss our footprints or did we exploit too much with each battered new version of the word “sorry” we gave?

And then the question I never want to know the answer: did we learn to take from Shel Silverstein’s “The Giving Tree?”

In a world without us, would there be war? Would there be hate? Would religion exist? People have to believe in something, right? Maybe people would believe in each other.

Would “race” be a word that causes genocides and holocausts, or would the color of skin be a blindness to the eye or a spectrum of the rainbow as Earth tries to color its population?

I dream. And I dream up this Earth where nightmares are never a thought before bed. There is a part of me that wishes my life had not been started yet and that I could have been born in this Earth I dream of.

Why do we look for answers in vaccines instead of in our environment? This I don’t know.

Our answers are in our footprints. We work so hard to invent—to create fixes to problems that we have caused.

We tell each other that there is inevitable loss, hate and all other demise. But is there?

Why are we taught to expect the worst and hope for the best in our “modern” world?

And what would our lives be like if “modern” was a term lost decades ago when one smart person let two and two slip through their fingers—would my time on Earth be different?

Where are the answers we are looking for? Where is evidence of the fact that I don’t believe our world is as egotistical as it sets out to be?

There are no facts in the fast-changing pace we move at. Slipping from subway into transfer subway—bus into train.

My shoulder edge slams into a stranger I will never know, and without apology, we stammer past each other. His eyes a mystery for which I can never find an apology.

And why is it that I find faults instead of solutions?

I imagine the people I will never know and the future generations my single body will give life to.

Do I want to bring life into this world that can be seen as so cruel?

I do. I have faith that good people are out there and that the many generations I will never know will know us and will better themselves, making up for the mistakes we have made and the mistakes they are bound to make.