Whataburger is more than a burger, it’s Texas culture 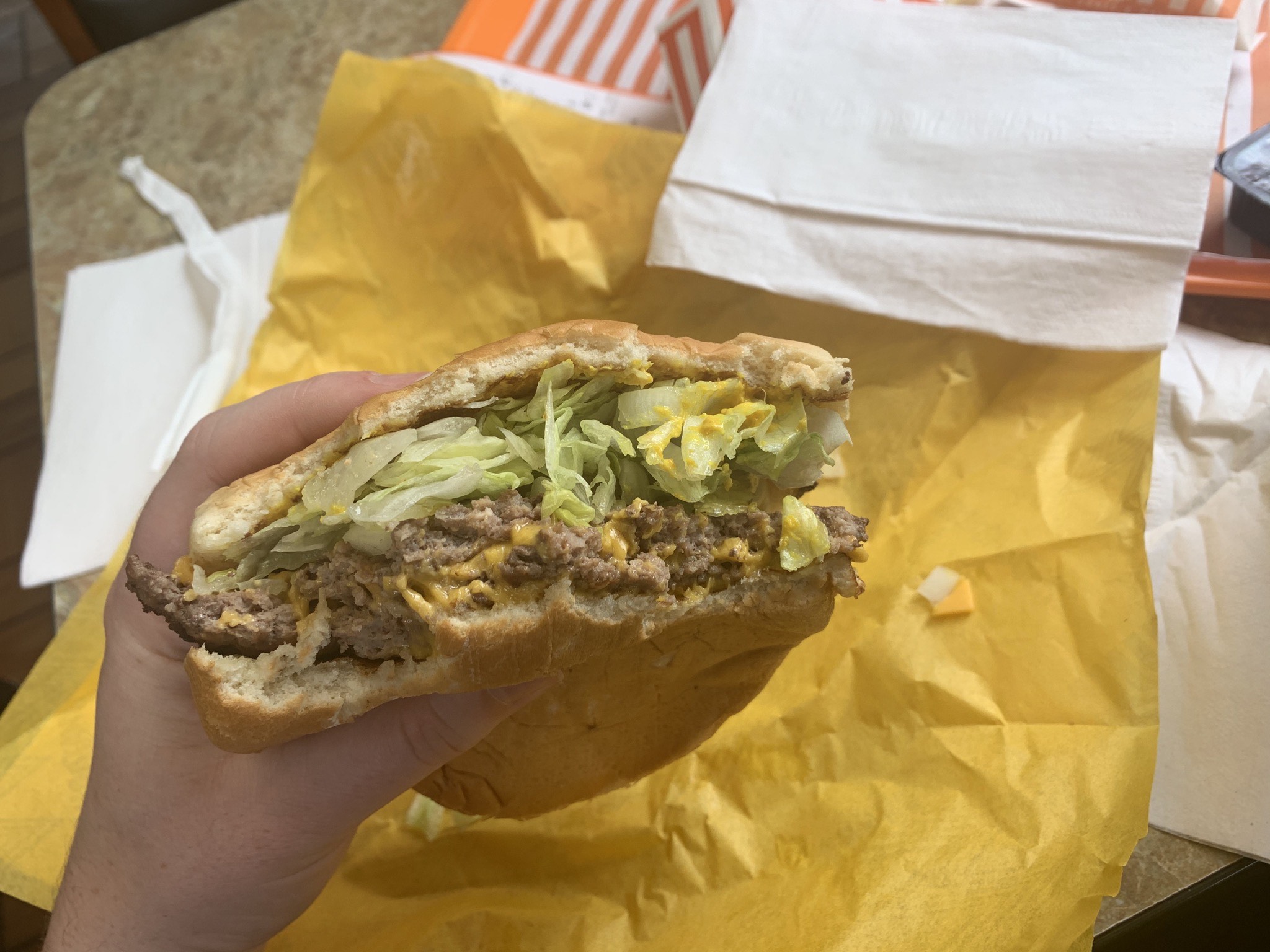 America is the country of the burger. McDonald’s, Burger Kings, Five Guys and Shake Shacks can be found around the country. In-N-Out is found mainly on the West Coast and White Castle is located mainly on the East Coast. But what lies in the South is the best burger of all: Whataburger.

The first Whataburger opened in 1950 on Ayers Street in Corpus Christi, Texas. It was family owned until this past summer when the founders sold a majority stake to BDT Capital Partners, a private equity firm. I still remember the day the news broke and my entire Twitter feed was in an uproar about it. Texans were worried about how a “northern” company would affect the quality of food and service.

My dad’s side of the family lives in Austin, Texas and I go to visit every year. It’s a tradition to stop at Whataburger on the way home from the airport, and last week was no different.

The first thing you’ll notice about Whataburger is that the employees are extremely nice and genuinely happy. A short, younger woman named Tabatha took mine and my grandparents’ order. He ordered a Whataburger Jr. with a small pouch of fries, since he was saving room for dinner. I ordered a Double Meat Whataburger with cheese. All burgers come with lettuce, tomato, pickles, onions and mustard, but I asked them to hold the tomatoes. I decided to splurge and get a large vanilla milkshake, too. 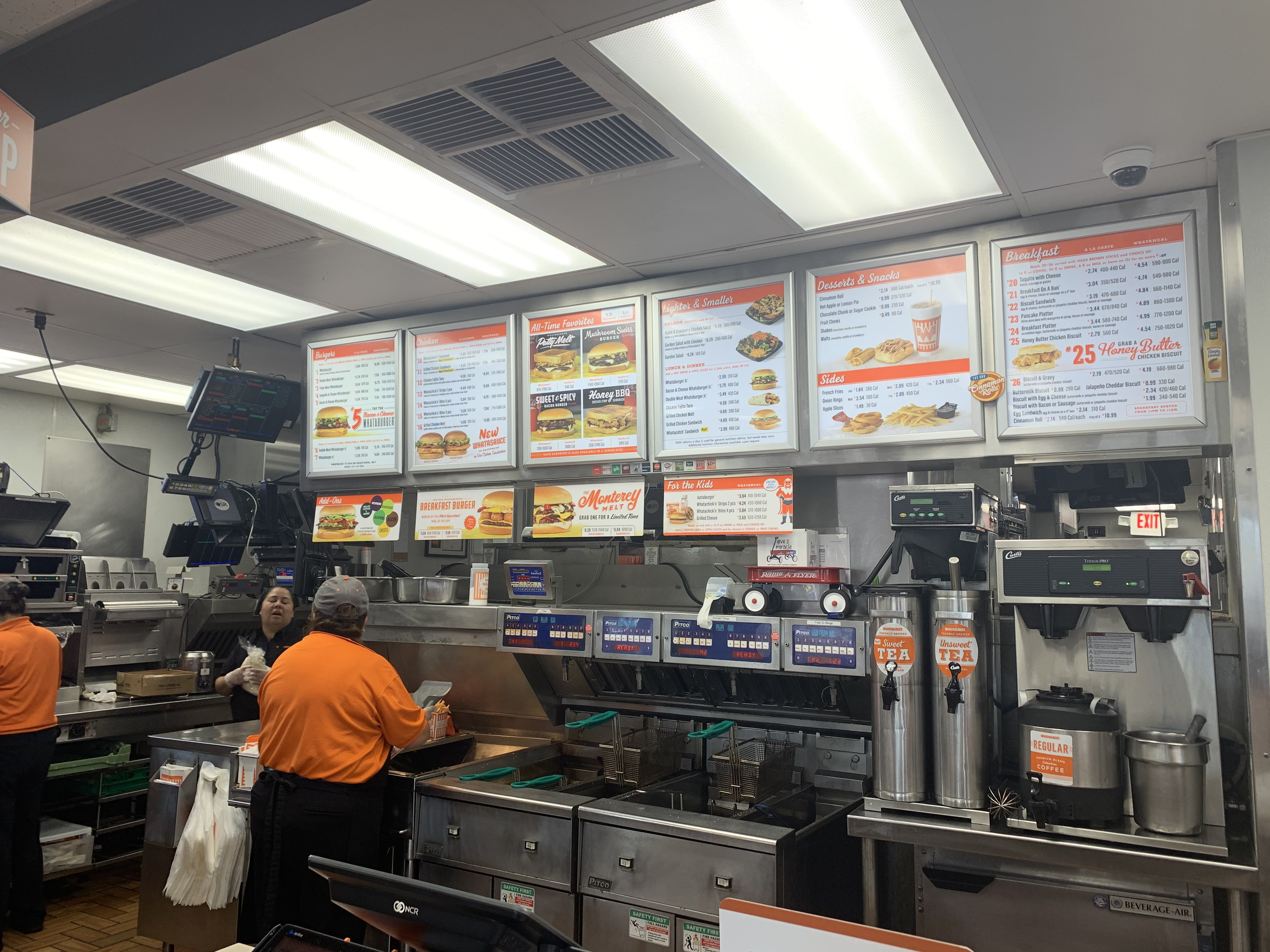 Rachel Sawicki/THE REVIEW
According to Sawicki, the Whataburger employees are almost always friendly.

They have single and triple burgers, as well as jalepeño burgers and bacon cheeseburgers. There are also chicken and fish sandwiches and salads for non-beef eaters.

Tabatha gave me a card with the number “67” on it and we sat in a booth in the corner to wait for the food. An employee always brings the food out to you along with a huge tray of ketchup, spicy ketchup and napkins. That day they forgot to bring out my milkshake, but when I asked, it was brought out in less than a minute.

My grandpop first insisted on taking pictures of me to help me with this article. Then, we dug in.

I hadn’t eaten in almost eight hours and the first bite tasted like heaven. The cheese perfectly melted, the burger perfectly juicy. There was just the right amount toppings so no one flavor overpowered another. And the best part is that this burger stays together and doesn’t fall apart like the majority of burgers I’ve had at other chains.

I ate the majority of the burger before digging in to the fries: short, thin, crispy and just a little salty. I dipped some of them in my spicy ketchup but saved a few to dip in my milkshake. Vanilla milkshakes are the best to go with french fries, a truly OG combination.

My grandpop helped me finish off the fries, but I had to leave a few bites of the burger uneaten to save myself from a major stomach ache.

About 12 hours later, my cousin, Payden, and his girlfriend, Reily, and I were sitting around a bonfire by Lake Travis in Austin, drinking, chatting and laughing, when Reily said she was hungry.

“I want Whataburger,” she said.

And so, we put out the fire, packed up the car and went to Whataburger.

I only ordered a single patty burger, but wouldn’t dare miss out on fries and another milkshake. Payden forked over $15 for us and we sat down to wait. This wasn’t the same Whataburger I’d been to earlier in the day (there are 679 Whataburgers throughout the state of Texas. 18 are in Austin, 3 in Cedar Park) but the burger was just as good. Although, the lady who took our order was not nearly as friendly as Tabatha. And they forgot my milkshake. Again.

Overall, the quality of the food hasn’t changed. It’s still the best-tasting burger in America, but the service isn’t what it used to be.

Last week’s trip was the first time I had a chance to meet all of my cousins’ friends. We had another bonfire with more than just the three of us a few days later, and by the time midnight came, everyone was chatting about Whataburger and putting out the fire. We went through the drive through so it was impossible for them to forget my milkshake, because we weren’t driving away without it.

It seems as though Whataburger is the place to be in Texas at any hour of any day. They do have breakfast options with eggs and bacon and pancake combos, but frankly, I’d eat their burgers for any meal no matter the hour.

My last day I did just that. My grandmum woke me up at 11 a.m. to go and get Whataburger. I felt like I was on my way to the Last Supper. As I sat in the booth with my usual order (plus some onion rings that we shared,) I took a good look around at the people scattered through the rest of the eatery and realized that not only is Whataburger appropriate for any time of day, but it’s appropriate for any type of person. There were old people, young people, businessmen, construction workers, gaggles of teenagers and middle-aged couples.

“Look at that,” my grandmum says, nodding towards an employee eating a Whataburger on his break. “That’s how you know it’s good food.”