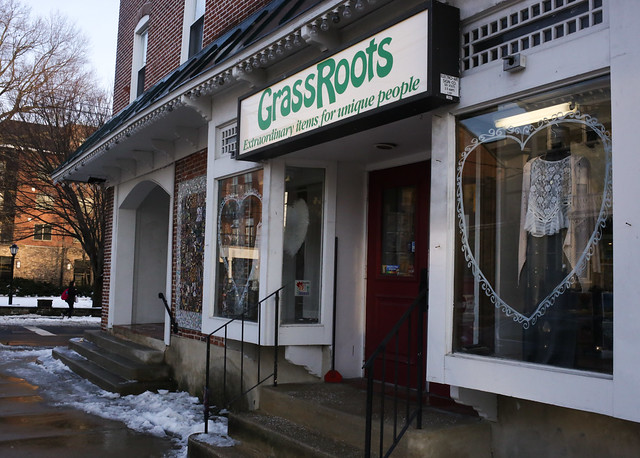 Kirk Smith/THE REVIEW
Main street storefronts have become prime real estate destinations over the years because of the foot and vehicular traffic that come through the heart of Newark’s college town.

From bars to boutiques, the store fronts that inhabit the university’s regaled Main Street spots have experienced a surge in rent pricing.

There are some staples on Main Street that seem to operate on an almost eternal basis. The fashion boutique Grassroots has been open for nearly 41 years; it moved to its current storefront on the corner of Main and Academy Streets in 1997. The National 5 & 10 has been providing customers with everything from wigs to notebooks since 1911.

However, there are a few venues that are not as enduring. Kildare’s Pub, located above the beloved Grotto Pizza, closed in August with little warning to customers and employees. Sushi bar Mizu and neighboring SAS Cupcakes also closed its doors over the summer as well.

Rich Dudek, a listing agent for Patterson-Woods Commercial Properties, has represented many Main Street properties. He said within the past 10 years, Main Street has begun to thrive like never before—it has become a destination of sorts.

“The summers used to be pretty quiet around here, and you had to get all of your work done in nine months,” Dudek said. “Now, it’s a year-round business.”

To date, Dudek’s biggest transaction remains the Main Street Court apartments, which he sold for $9.75 million. He said part of the reason it has become such destination is the amount vehicular and pedestrian traffic on Main Street everyday.

“There [are] a lot of people walking by your store,” Dudek said. “Landlords are able to set a price that they believe is fair, and there is always going to be someone who is willing to pay that price.”

“Downtown Newark remains one of the most desirable areas for commercial real estate in the State of Delaware and the market value of rental property reflects that,” Newark Communications Manager Kelly Bachman stated in an email message.

Bachman said rates have gone up due to property owners and landlords. She said it is up to them to set what they believe to be fair market value for the properties they own.

Though the cost of Main Street has steadily crept higher and higher, it is evident by the thousands of students who flood its bars and inhabit its apartment buildings that it will remain a prime location for a long time.

“It’s basic economics 101: supply and demand,” Vice President of Lang Development Group Chris Locke said. “The demand for locations on Main Street has increased dramatically over the past seven to eight years and therefore value goes up.”