A look at university acceptance rates over the last 20 years 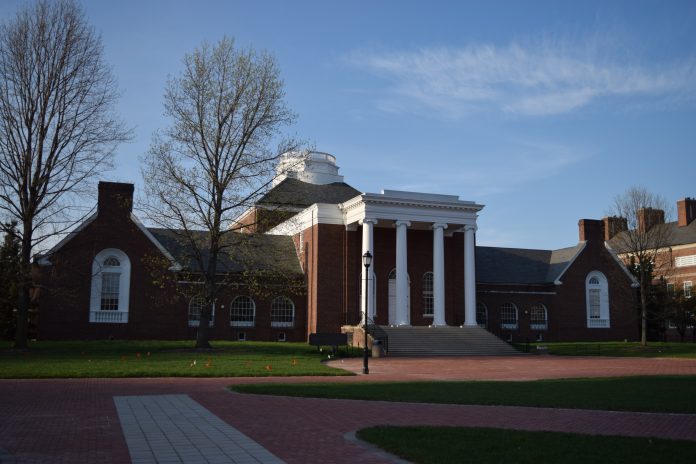 Acceptance rates for the Associate in Arts Program (AAP) increase and decrease, sometimes drastically, without pattern. From 2007 to 2020, the in-state acceptance rates ranged from 58.1% to 87.7%.

The increase of Newark campus acceptance rates in 2007 and on coincides with former university President Patrick Harker taking office in 2007. Over the course of Harker’s presidency, acceptance rates ranged from 55.5% to 65.9%, resulting in a 10.4 percentage point increase.

University President Dennis Assanis’s presidency coincides with a range of 60.5% to 68.2% students accepted to the Newark campus, which is an increase of 7.7 percentage points.

The university does not guarantee housing for upperclassmen, which allows it to admit more students without the necessary housing to accommodate them after their freshman year. The university has also built more residence halls over time, which allows for an even larger incoming class.

Shortly after Assanis’ presentation to the Joint Finance Committee on Feb. 6, 2020, when he made controversial comments about in-state students, Assanis released his “commitment to First State Students” letter, where he emphasized the university’s commitment to Delaware residents. In the letter, he wrote that the acceptance rate for in-state applicants is much higher than out of state.

“This amounts to an acceptance of nearly 90% of the Delawareans who apply as first-year students, admitting them to either our main campus or our Associate in Arts program,” Assanis wrote. “This is far above our out-of-state acceptance rate of 68%.”

If the university is in financial need, it may admit more students, increasing the acceptance rate and the amount of incoming tuition. On the other hand, if too many students apply because of gap years due to the pandemic, the acceptance rate could decrease due to a limited capacity.