A look at virtual theatre: SAST 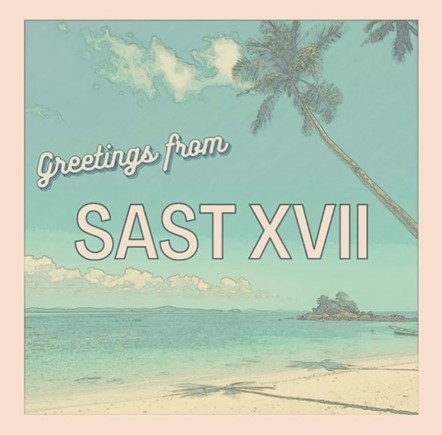 Courtesy of E-52 Student Theatre/THE REVIEW
E-52’s October shows demonstrated a willingness to adapt and the abilities of the talent involved.

Short Attention Span Theatre (SAST), a tradition of the student run theatre group on campus called E-52, is an annual show consisting of several one-act shows written, produced and directed by students. The individual shows are ten to fifteen minutes long each, hence the title. This year however, as with most other events, the students involved had to get creative in order to pull it off.

“We started figuring out what this means, because we didn’t know it was going to be virtual one thousand percent until August,” Heidi Fliegelman, a senior english education major, said. “So that whole time in between was like, so it could be outside, or we could have masks or small casts, or maybe there’s no audience but we stream it. So then when we found it it was virtual we were like, well we still want to do it.”

Heidi was a co-producer of SAST, along with Caroline Berger, as well as a writer and director for one of the one-acts titled “Big News (A Short Play).” The experience of creating a virtual show for Fliegelman and for all of the creative team, was a strange one that called for lots of flexibility and creativity.

While figuring out the logistics of the show, producers were worried about filling the cast due to the unconventional nature of the one-acts. However, the outpouring support in the form of auditions was astonishing as they received 50 auditions, which was enough to be able to fully cast their shows. After all the shows were cast, SAST had a cast of 30 people.

After casting was done and the director-writer pairs had their shows ready, rehearsals could start.

Most actors were also in charge of another important aspect, usually handled by the tech crew: sound.

“It was a little bit stressful at first to manage the multimedia,” August said. “For example, there’s one time where I’m playing audio from my laptop while I still try to have my script up and I’m still acting and trying to remember keeping everything up in the air, but we rehearsed well and we had awesome directors so it went really well.”

Finally, after months of hard work from all of the students involved, the show was set to stream on Zoom on October 23rd and 24th over a Zoom webinar. With almost 300 people signed up to receive the Zoom link, the show had an incredibly large audience.

As with most Zoom calls, there were minor technical difficulties, such as the actor’s microphones malfunctioning, but the actors involved used improv and dealt with the technical issues in a professional way. Audience members were able to send congratulations and words of encouragement to the cast members and directors through the chat after each show.

“It was weird, I’m used to performing in real life so I can gauge the audience’s involvement and stuff and know if people are laughing or if a joke is sticking,” August said. “The chat function was really cool to finish and still kind of get some feedback and applause.”

Tess Edwards, co-writer and co-director of “Are We There Yet?” was incredibly happy with the way the show turned out.

“I think that our actors did a really, really great job,” Edwards said. “I’m really happy and proud of our cast.”

With one virtual show under their belt, E-52 Student Theatre is doing their best to stay active during the pandemic, when putting on a production seems like an impractical task. However, virtual theatre has become a practical option during these times.

Fliegelman, August and Edwards all agreed; although they would rather be doing in-person theatre, Zoom theatre has its advantages. It is accessible, not just for actors and crew, but for audience members too, who might not be able to take the trip to a physical theatre. Additionally, the low time commitment that Zoom theatre provides is good for students who have a lot on their plate but still want to be involved.

“People came to our show because they weren’t worried about getting there, and they could just turn on their computer and watch it was really, really awesome,” Edwards said.

Look out for other virtual theatre experiences from E-52 and HTAC because they are still producing theatre and making art for people to enjoy. You can find information about E-52 and HTAC at their respective websites, www.e52theatre.com and www.udhtac.org.