…And that’s a tough pill to swallow: Injury Reserve’s “By The Time I Get To Phoenix” 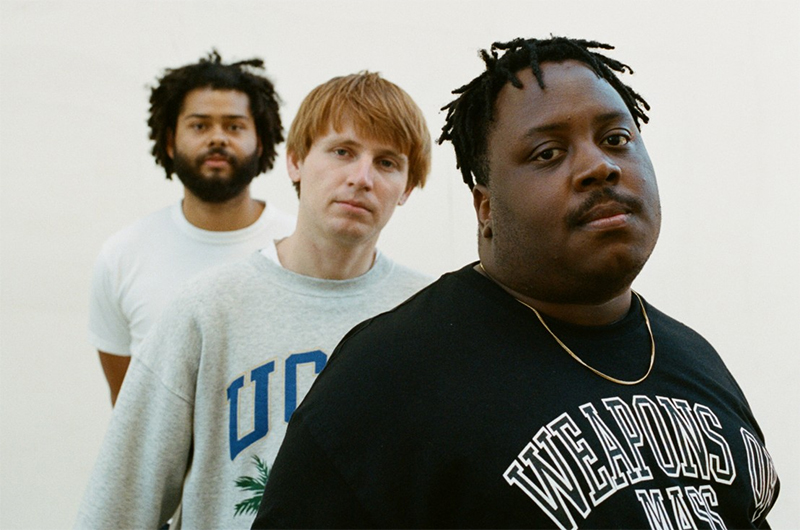 I really struggle with my own mortality.

Rising fascism across the world, runaway climate change and the thought of not being able to afford a home or even an apartment after college have given me a bleak outlook on the future and put a strain on my mental health. There have been many movies, books and albums that have dealt with these heavy topics and more often than not, do not accurately capture those feelings of impending doom and hopelessness.

I’m sure people around my age have felt this way before in their life.

Injury Reserve’s latest album, “By The Time I Get To Phoenix” (BTTIGTP), has perfectly encapsulated the feelings that I have been going through in musical form.

Injury Reserve is an experiential hip hop group consisting of Nathaniel Ritchie also known as Ritchie with a T, Parker Corey and former member Stepa J. Groggs. I say former member as he died in June 2020, mere months into the COVID-19 pandemic. A surprise and shock announcement as fans and even the group themselves did not expect Groggs to depart the world so soon. The group and fans mourned his death — he was not only a spectacular rapper, but had children as well. Afterwards, months would go by without a single word from Ritchie or Corey about the future, leaving many to wonder if it was the end of Injury Reserve.

In Sept. 2021, however, Injury Reserve dropped another album.

BTTIGTP is the group’s sophomore project and follow-up to their self-titled debut. Doubling down on the experimental sound that they were known for, the group pushed the boundaries of not only what rap could be, but also what constituted music overall. Littered with skittish drum patterns, grimy and dense synths, chopped melodies and verses that at one moment can be eye-opening and life-changing and then change into a madman’s ramblings within the next track, there is never a dull moment on the album’s entire 45 minute run-time.

Where can I even begin by describing how complex this album is?

The themes of this album deal with mortality, loss of a loved one, loneliness and the uncertainty of the future, concepts that I have dealt with my entire life. These topics come in from the very beginning of the album with the track, “Superman That.” A play on Soulja Boy’s iconic verse from his song “Crank That (Soulja Boy),” the song instead has nothing to do with the dance but instead reiterates the lines, “Ain’t no saving me or you.” These lyrics are repeated many times ad nauseam, comprising almost the entire song. But they stuck with me. In the end, who will be there to save you?

This notion is compounded in the very next track, “SS San Francisco.” The lyric that perfectly encapsulates the song is when featured rapper Zelooperz says, “Scared to have some kids cause the world be going through it.” This one lyric perfectly expresses my opinions on having children, but also the kind of future we will be leaving for the next generation. With runaway climate change and the wealth gap ever increasing, it is almost impossible for us to afford a home and have children at the same time.

Speaking of climate change, “Footwork in a Forest Fire” creates such a terrifying and panicked atmosphere of what it’s like to live in a climate crisis. The beating of drums in a primal manner with sinister guitars in the background does not help at all. Moreover, what sets Injury Reserve apart from their contemporaries is fitting multiple topics within one verse with “There’s panic in the skies/Even when it’s down below” being about climate change, and then “They tryna take my life/And they take my rights” about being the continual oppression of people of color. It is truly amazing how they are able to create such a dense verse.

The album slows down a little with the song “Top Picks for You,” with Ritchie with a T almost quasi-rapping/speaking about how the “patterns” and “algorithms” continue to exist even without the user and how these concepts are what remains of them. Another interpretation that one could make (or at least the one I made when I first listened to it) is that the world will continue to move on without you and all that will be left of you is your online presence. It is a calm yet depressing track that allows for the listener to take in what they have heard which is paired with a sparse and siren-like beat.

I tear up every time I listen to this song.

The last two tracks, “Knees” and “Bye Storm,” are the most important songs in the entire album. “Knees” perfectly encompasses the themes of the album, but also adds on another existential dread that we all might have faced before—the feeling of being stuck. Throughout the song, the group would sing about not being able to grow anymore as a person and how that is “a tough pill to swallow.” They are stuck with the way that they are, and they have to accept that they won’t grow up anymore.

What hurts the most about this song though is that this is the last appearance of Stepa J. Groggs.

“Bye Storm” is the complete antithesis of the whole album. The entire record talks about such heavy and depressing concepts, but the last track says, “The show must go on.”

I think that is why I love this album so much.

Despite the existential horror that permeates throughout the album, it’s fitting that the final track’s message is to keep moving forward. The album takes on this journey of loneliness and doom but reassures the listener that despite all of the misery ever present in our lives and in the world, the only thing we can do is to move forward and hope for the best.

I know that I will be thinking about this album until the day I die.