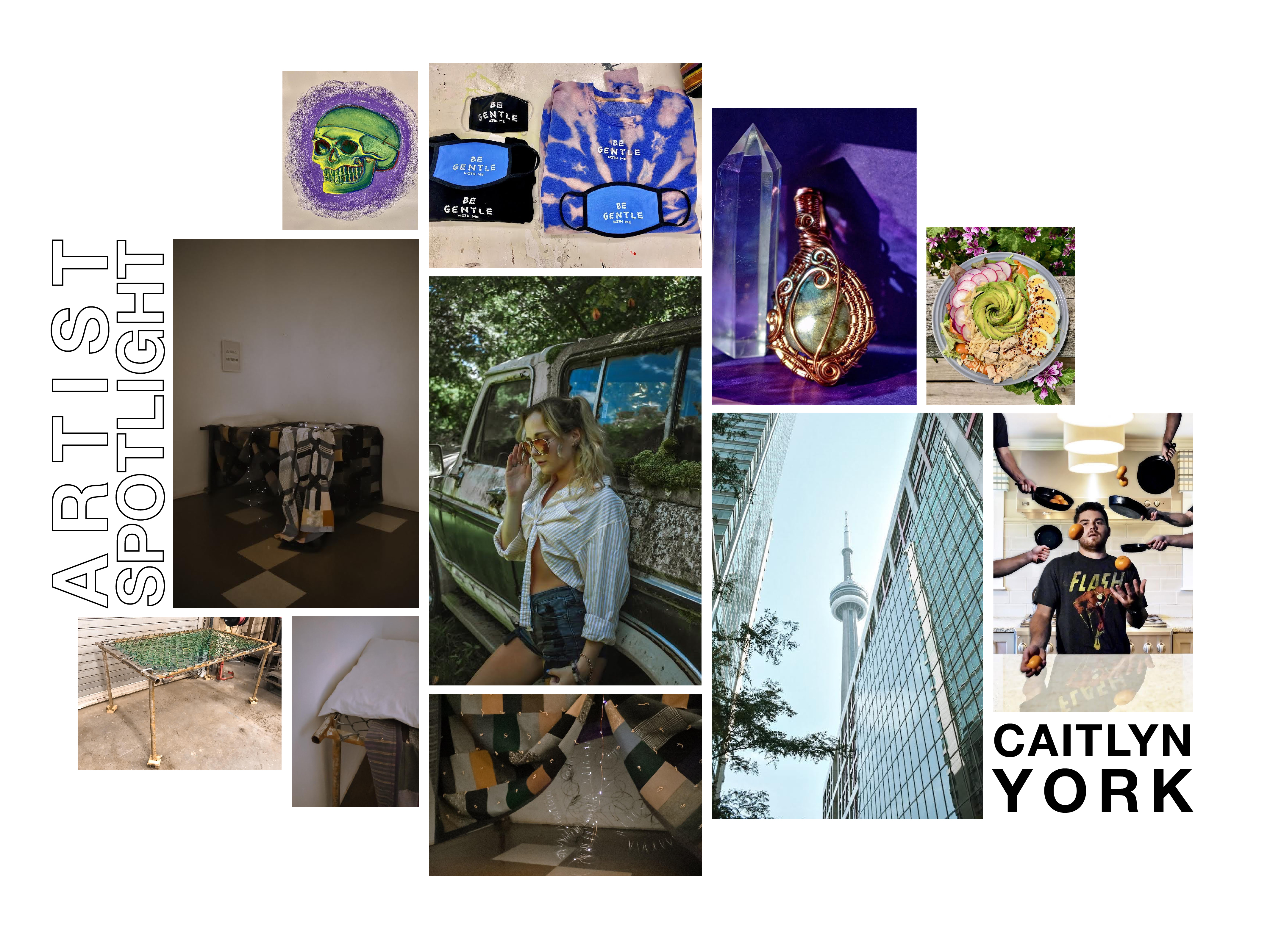 Caitlyn York, a senior art major at the university, has been practicing art for as long as she can remember. What started as doodling with her dad as a kid has taken her to Rehoboth Beach for food photography with Twist Juice Bar this past summer and the university’s studios for sculpting and illustration.

York’s time in the university’s Art Department has allowed her to not only improve in her graphic design abilities, but also to expand her artistic talents and explore other mediums like sculpting and illustration. In her spare time, York has taken her experience in her core ceramics and sculpting course to explore wire-wrapping.

“That’s probably the most I’ve done of one medium, besides photography,” York says when discussing wire-wrapping and the sculptural jewelry she made from using those skills. “I started a whole business out of it for a year.”

Even though her business came to a halt as a result of personal reasons and the COVID-19 pandemic, York says she sees her wire work as one of the most prominent parts of her journey as an artist. She says her favorite art piece to date is her final project for her sculpting course in fall of 2018. York restructured a wire fence and made it into a small bed. When her peers saw her piece and knew what she was trying to portray, she couldn’t help but be proud of herself and her work.

One of York’s friends, Colleen, says she uses her digital art and her Instagram platform to spread awareness about important issues, including a piece she created about the Black Lives Matter movement that gained a lot of traction on her account. “That’s just so inspiring that she made one graphic and it touched so many people,” York says, praising her friend. “And she’s still working to help people to have a different view on things.”

York had a lot of praise to give to her professors as well. Two of her instructors for this semester are Aaron Terry, her printmaking professor, and David Brinley, her figure drawing professor.

“They’re both amazing,” York says. “[Brinley] just worked with me and understood, and now I come to class. And he talks me through what I’m doing and gives great advice.”

“[Terry] is such a successful printmaker… the things he does, I follow his Instagram…” she spoke of her printmaking professor. York then also praised an instructor she had her freshman year for a core design class, Ian Sampson. “It was the first class I walked into as a freshman, and I was so anxious… that class is just a base for drawing and graphic art, even painting. Design shows you the composition, and how the composition would look best, so that was my favorite class and my favorite professor.”

York also said that professor Sampson was the most influential professor she’s had, and he taught her again a few years later in a web page design class. “It was two years later, and he still remembered me,” York recalls. “I don’t know why that’s so surprising because the Art major is so small he would remember anybody. It was just very personal, and it felt like he wanted to teach and he did a good job.”

York highlighted Abby Donovan’s ceramics course as being the most influential on her work. That course led to York’s wire-wrapping journey. “Ceramics is so great,” York says. “It’s so cool, the things we can utilize as [art] students at UD… It’s just such a cool thing to be exposed to, a cool experience in general…”

“No matter what, it’s just nice to have a small little community of people that are doing the same thing as you, and that’s really what it is,” York says of the university’s art department.

Within this little art community, York says she has also received two of the best pieces of artistic advice ever. Peter Williams, a painting professor, told her that “No painting is ever finished,” which pushed York to expand her abstract art mind and look at her pieces from a different perspective. According to York, Williams constantly emphasized this technique in the class.

The other piece of artistic advice that York received was from her classmate, Nate Robison, who said “There is no default.” The statement was an aspect of one of his projects in their printmaking class this semester and it eventually changed, but the original stuck with York. York said this was meant as a general statement to take to anything in life, but she applied it to her art. She interprets this statement as “there is no default in art, you just create.”