Selfies have taken over the social media universe. Nowadays you can’t go onto Facebook or Twitter without seeing an outstretched arm and face a little bit too close to the camera.
Celebrities are not immune from taking selfies and posting it for the world to see. Here are some of the best selfies of 2014:

1. Ellen at the Oscars
There is no way you have not seen this picture and been mesmerized by how many celebrities (and Lupita Nyong’o’s brother) DeGeneres fit into the frame. Seen by over 40 million people, the photo smashed Twitter records and crashed Twitter for a little bit. If that is not enough proof of her world power, I don’t know what is.

2. Beyoncé goes makeup free
Beyoncé is right when she sings “Pretty Hurts”…it hurts to look at this gorgeous woman! She goes makeup free and even in her fresh-faced photo, she is a stunner. It’s so amazing to see celebrities go au naturale to show that you don’t need to wear makeup to be beautiful. There’s a reason she is called “The Queen.”

3. Ed Sheeran and Graham
I don’t know who is more adorable: Sheeran or his adopted kitten. The caption, “Daddy’s home,” is precious too. My question: who’s idea was this? Did Graham climb up there or did Sheeran place him there for this photo-op? Nothing about this picture is bad. It’s like Graham is Simba and Sheeran is Mufasa.

4. Kim Kardashian elephant attempt
Technically this isn’t the official selfie, but looking at the attempt is just as great. The elephant was definitely protesting Kim taking the photo and she backed down quickly. If only we could see the selfie that has been deemed unworthy for the internet. She might be a selfie fanatic, but she does not always get to snap one. 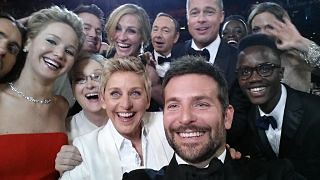 Courtesy of Twitter
Ellen DeGeneres’ selfie at the 2014 Oscars. 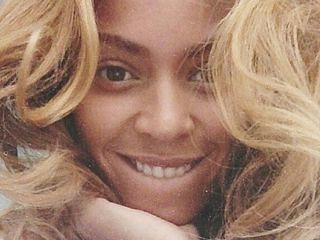 Courtesy of Instagram
Beyoncé wears no makeup in her selfie while in Boston. 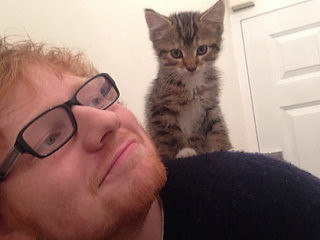 Courtesy of Instagram
Ed Sheeran and his kitten Graham at home. 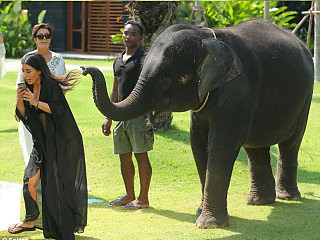 Courtesy of chimoments.blogspot.com
Kim Kardashian attempted to take a selfie with an elephant in Thailand.