BSU board members facilitated an open discussion during a Zoom event, named “Confronting the Uncomfortable: Making a More Inclusive Campus.”

Today, the university has carried on its reputation as being mostly white: 71% of enrolled students are white, while only 6% are Black. The university’s population does not reflect the population of the state of Delaware, which is 61.7% white and 23.2% Black.

This difference was one of the many points regarding the university’s lack of diversity brought up during the virtual discussion hosted by the university’s Black Student Union (BSU) on the night of Thursday, Sept. 10.

BSU board members facilitated the discussion during the Zoom event, named “Confronting the Uncomfortable: Making a More Inclusive Campus.” Students, faculty and members of the administration were all present on the call.

BSU president, Asaana Shamlin, began the discussion by introducing her fellow board members. She also addressed a town hall the BSU held in February, which did not have as high a turnout as Shamlin had hoped. Shamlin resolved to host Thursday’s discussion to communicate the difficulties Black students face at the university.

“I don’t think, you know, [being a Black student at UD] is really talked about,” Shamlin said. “So that’s why we decided to have this virtual discussion with everyone.”

Shamlin acknowledged that the BSU is a minority group on campus but said that it should get more recognition for the work it has done.

“Just feeling that support, and feeling seen and feeling heard, I think, is an important part of your college experience, and it’s a part that we really feel has been neglected for years now,” Shamlin said.

The difficulties the BSU has faced also coincide with the difficulties the university’s Black community as a whole faces. Shamlin said she does not think Black students and other students of color should be “put into their own spaces” and “forgotten about.”

“I just hope that we can grow more to just knowing and seeing each other as people versus, you know, still staying in our little groups and just living our lives that way — just unseen and unsupported,” Shamlin said.

In addition to being pushed aside, Shamlin said that Black students need to take extra steps to be seen and to take full advantage of the resources that the university provides its students.

George Floyd’s killing, which occurred on May 25, kicked off a summer of protest and reflection upon the perpetuation of racism. As many institutions begin to become cognisant of racism on their own campuses, some are looking to reform themselves. The university is no exception. It turned to its Black students, faculty and staff for advice.

According to Shamlin, the university’s newfound reliance on its Black population has put tremendous pressure on members of the BSU and other Black students to be “mentor[s],” “tutor[s]” and “recruiter[s].”

“It’s very rare that we are able to be just students,” BSU secretary Sarah Jones said. “We also have to be everything else for everybody else.”

Because its diversity statistics do not reflect those of the state of Delaware, the university has faced criticism from the state legislature and students alike.

“For the University of Delaware to be the predominant state school of Delaware and not reflect what the state of Delaware looks like, there’s something that’s not right about that,” Jones said.

For many of the Black students who spoke during the discussion, being such a minority on campus negatively impacts their experiences at the university. Jones cited the lack of Black students as a cause of white students not knowing how to interact with them. She said she personally was involved in interactions with white students in which they were “side-eyeing” her or “talking negatively behind [her] back.”

The difficulties of being a minority student are not limited to microaggressions coming from white classmates. Many Black students face residence halls that are hegemonized by their white peers.

“In the Honors College, like freshman floor, you’re like one of the only Black females on the floor,” BSU acting treasurer Mimi Diani said. “That itself can be very isolating.”

Multiple other students attending the discussion also talked about being the only Black student on their floors in their freshmen residence halls. Student Elaine Ansah recounted that, as two of the only Black students on her floor, she became particularly close with her Resident Assistant. Student Charise Lewis also commented on her experiences as a minority in her residence hall.

“I was the only Black student in my dorm for freshman year,” Lewis said. “I was one of the very few Black students and some of my classes — I believe, maybe only two or three of my actual classes had Black students in them.”

The classroom is another space in which many Black students feel as though they are an obvious minority.

“My friends and I have often been referred to as ‘physically intimidating,’ or racially profiled in some classes just because we all sit together,” BSU Second Vice President Jordan Randolph said.

As a nursing major, Randolph also spoke about the tribulations of being a clear minority in her major. BSU public relations chair Gabbi Frisby, a nursing major as well, agreed with Randolph’s statement, saying she “saw that too.”

“A lot of the other Black women within the nursing majors, we all tend to, you know, attract to one another,” Frisby said. “Because of that, we face discrimination from teachers and other professors, you know, telling us to sit apart or referring to us as like the ‘peanut gallery’ during class, because they say that we’re making noise when we weren’t — things of that nature.”

A significant part of the discussion was also occupied by criticisms of the university’s academic advisors. Diani said that she had negative experiences with her academic advisors because they told her to change her major from biomedical engineering to biotechnology, which is considered the easier of the two.

“I know a lot of our peers who experience the same thing — their environment, trying to get them to change your major or say it might be too advanced for you or feel like they weren’t supported the same way,” Diani said.

Like many institutions and programs, different students have different experiences. The same goes for academic advising.

Environmental studies major and BSU First Vice President Marissa McClenton had an advising experience quite the opposite of Diani’s. Her advisor sat with her and went through the courses that would fulfill her requirements and gave her lists of professors that would help her reach her end goals.

Several other students volunteered to share their experiences with their advisors. Many said that they felt like they were not able to fully utilize their advisors and did not know what classes to sign up for. Diani suggested more training in diversity and inclusion for academic advisors.

“If you educate them, the advising staff, about microaggressions and how to talk to students of color … just training, honestly, I feel like that could really improve the advising system,” Diani said.

Given that the event was attended by a racially diverse group of people associated with the university, much of the discussion was also focused on effective allyship. Diani defined effective allyship as including “genuine support of students that you know”: listening to their problems, “educating yourself” via online resources, “finding petitions” and “utilizing your privilege effectively.” Diani also stressed the importance of being vocal about what is right in situations in which racism is expressed.

On the flip side, Diani also addressed “performative” allyship.

“Performative allyship includes ignoring oppression until it’s a trend or you’re posting Black squares just because your friends are doing it but not doing work outside of that,” Diani said.

Diani hopes that members of the university community can practice effective allyship by creating “safe,” though not isolating, spaces for Black students and through an increase of “diversity and accurate representation” on campus.

“[Allyship on campus] includes discussions and classes about intersectionality and how it pertains to the subject, as well as clear and concise anti-racist policies on campus,” Diani said.

Some professors on the call asked what they specifically could do to be effective allies for their Black students and colleagues.

Communications professor Tara Smith said that it is hard not to talk about race in her public relations class.

“I’m a big believer in us leading the conversation of race, diversity and inclusion throughout the semester, so that it’s not the token diversity week,” Smith said.

Smith advocated for regular discussions about race and for a curriculum that represents “a diverse range of voices.”

Art and Design Professor Gregory Shelnutt similarly believes that diversity in race, gender, ethnicity and sexuality are inherent within his subject.

“You just have to be willing to be vulnerable and realize you’re not going to be right; you’re gonna be wrong sometimes and be willing to have this conversation regardless,” Shelnutt said. “I think especially confronting the white fragility element and then being a white male, it’s definitely something you recognize that you’ve got to just learn to deal with it, and put yourself out there and be wrong, and be open.”

The discussion forced many participants to be honest about continuing racism. Many expressed that they are anxious to make change for the better.

According to Kasandra Moye, advisor of the BSU and director of the CBC for the past 20 years, “history is repeating itself.”

“Today, we’re still dealing with the same stuff: Black people being shot down in the streets,” Moye said. “We’re fighting for basic human rights. Structural racism, anti-blackness, is real in almost every industry and at the University of Delaware.”

Moye said that the BSU is still very much needed because of the continuing injustices that Black people face.

“What we need to do more of now though, is to help Black people and to help institutions like UD understand the effects of internalized oppression — when you have to work in systems that tell you one thing, but they really don’t want to know what you really think,” Moye said. “Because when you speak against the system, to work against the oppression, to try to make it better, you’re seen as anti-establishment and that is not true.”

Moye believes that there is still much work to be done, and that the university can do more to uplift its Black students.

“The reality is Black people still have a lot of really painful experiences in this country,” Moye said. “So much stuff has changed, but yet not so much has not.” 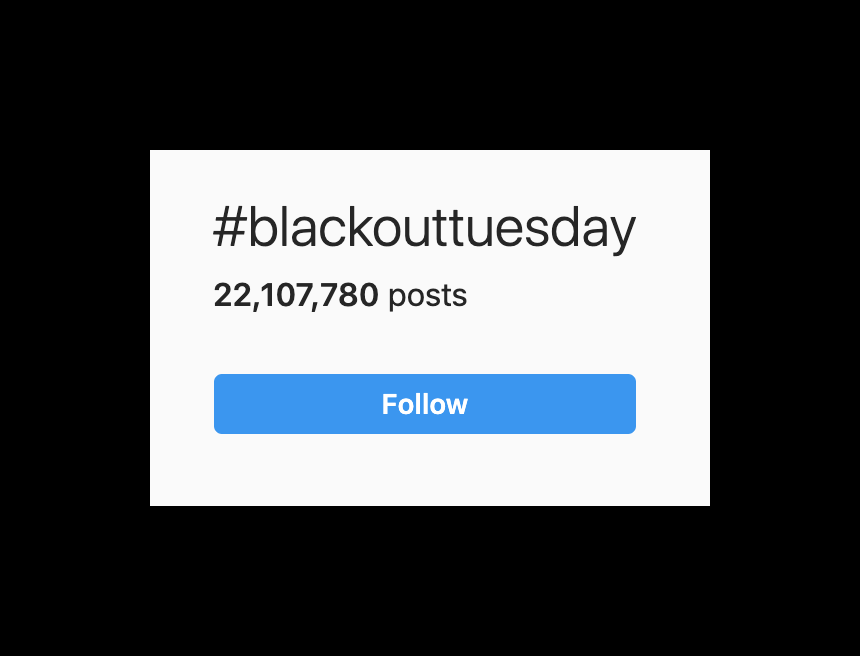 What happened to BLM posts?

Racial justice protests intensified at the start of the summer, yet recent support of the BLM movement on social media appears to be declining. 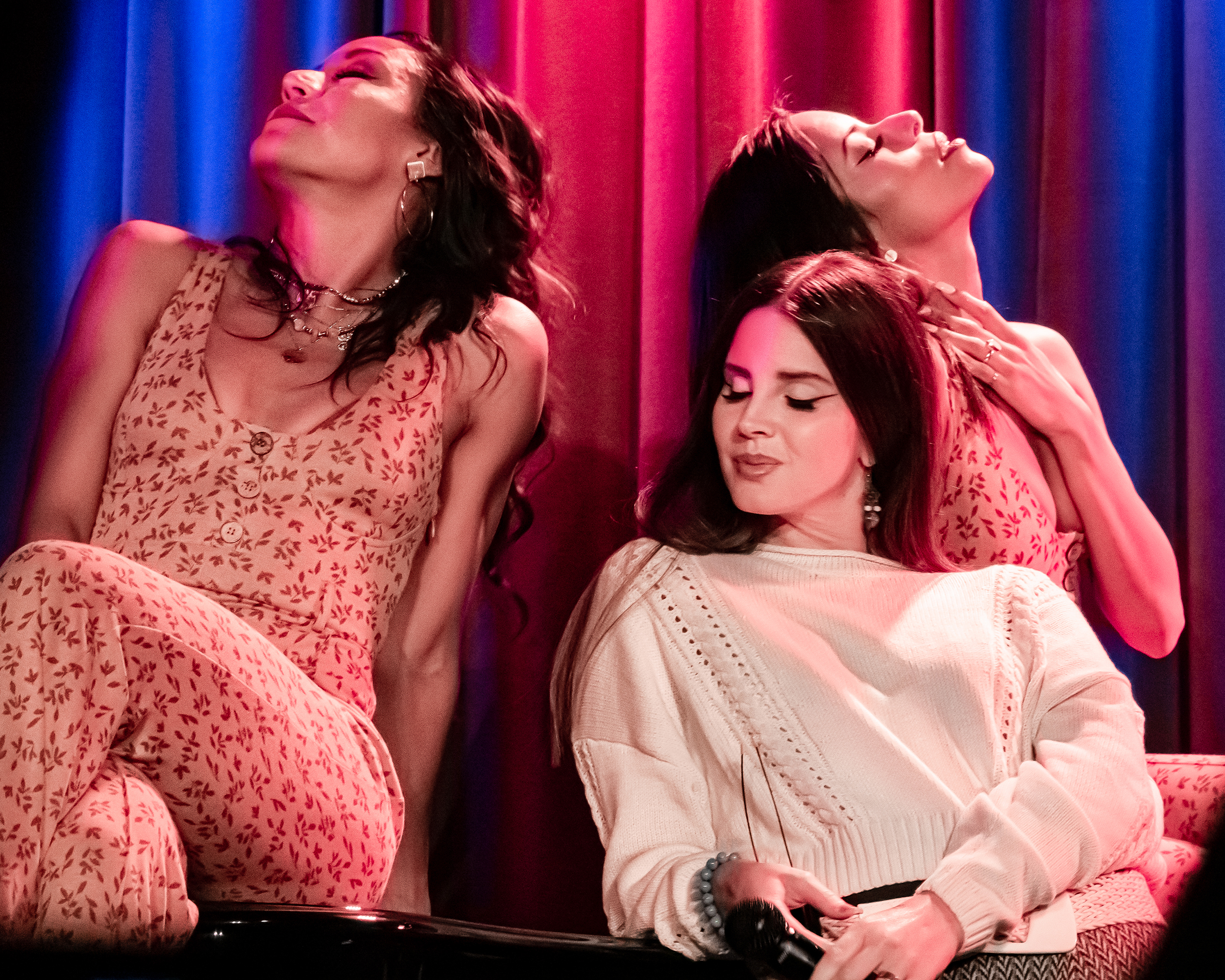