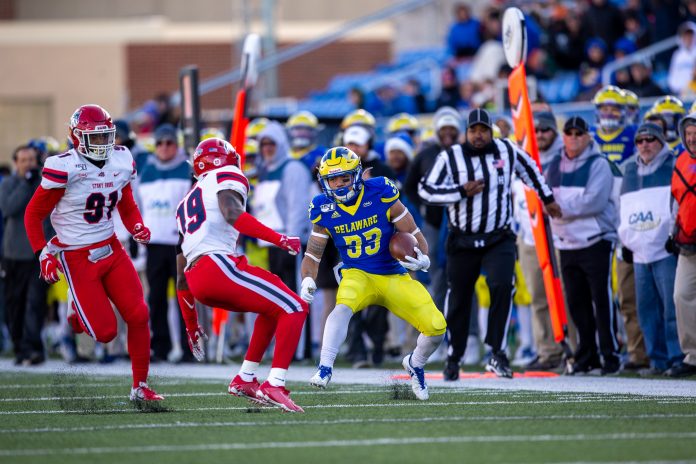 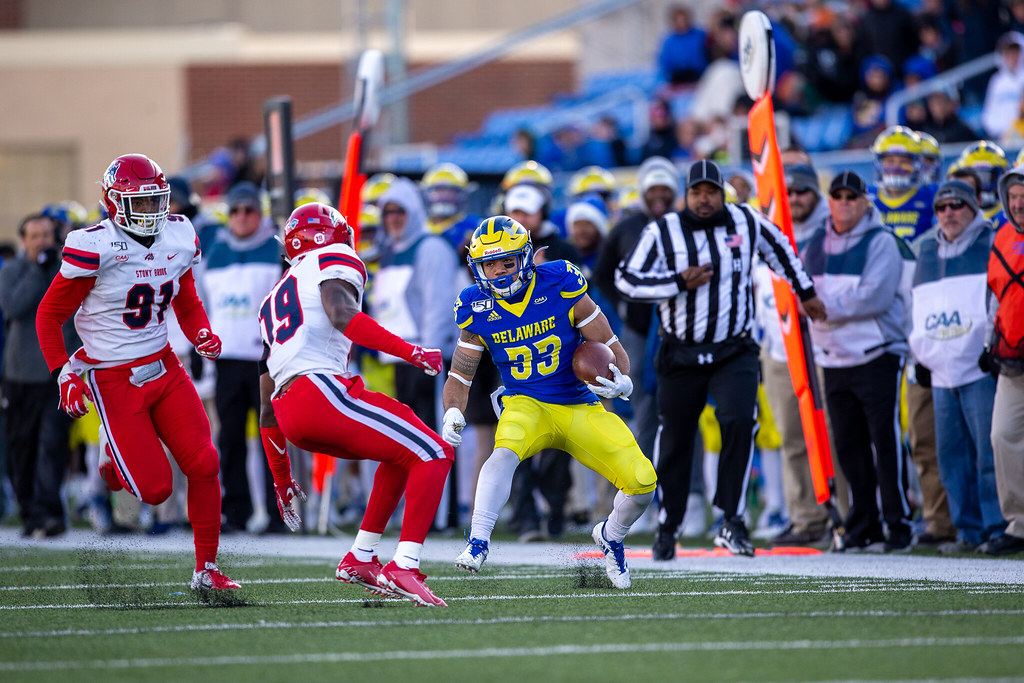 Courtesy of Sarah Boekholder/Delaware Athletics
The Blue Hens will play a total of 18 games in 2021 after their fall schedule was announced on Feb. 10.

Delaware football is scheduled to play a total of 18 games in 2021 after the team and the CAA announced their fall football schedules in releases sent out by both organizations on Wednesday.

The fall schedule has the Blue Hens playing a typical 12-game schedule with their first matchup coming on Sept. 4 on the road against conference opponent Maine. Delaware’s first matchup at Delaware Stadium will come that next Saturday on Sept. 11 with Delaware set to host St. Francis.

To go along with St. Francis, the Blue Hens will play two other non-conference opponents, including the Big-10’s Rutgers on the road on Sept. 18 and Dixie State University at home on Oct. 30.

Delaware’s matchup with Dixie State will be the first ever with the Utah-based Football Championship Subdivision (FCS) program.

Other conference matchups for Delaware come on Parents and Families Weekend game at home against Albany on Oct. 2, back-to-back road tests against Rhode Island and Stony Brook on Oct. 9 and Oct. 16, Delaware’s homecoming game on Oct. 23 against James Madison, a Nov. 6 home game with William and Mary and the last two weeks consisting of a road matchup with Richmond and the home finale against Villanova on Nov. 13 and Nov. 20.

For only the fifth time since the two teams first met in 2007, Delaware will not play in-state rival Delaware State in the fall. The Hornets are currently scheduled to host Delaware this spring on Apr. 10 in Dover.

Delaware will not play conference opponent Towson this year as the Tigers did not make the schedule for either the Spring or Fall 2021 season. Towson had opted out of competing in the upcoming spring football season. Towson is set to play 12 football games in the fall of 2021.

With Towson not on the schedule in the fall, it will be the first time the two teams have not met in a single year since the 2004 season.

Times for all 12 football games are still to be announced. Delaware nor the CAA released as to whether or not fans will be allowed to attend games in the fall. Tickets for the 2021 fall season are scheduled to go on sale on July 1, according to Delaware Athletics’ website.