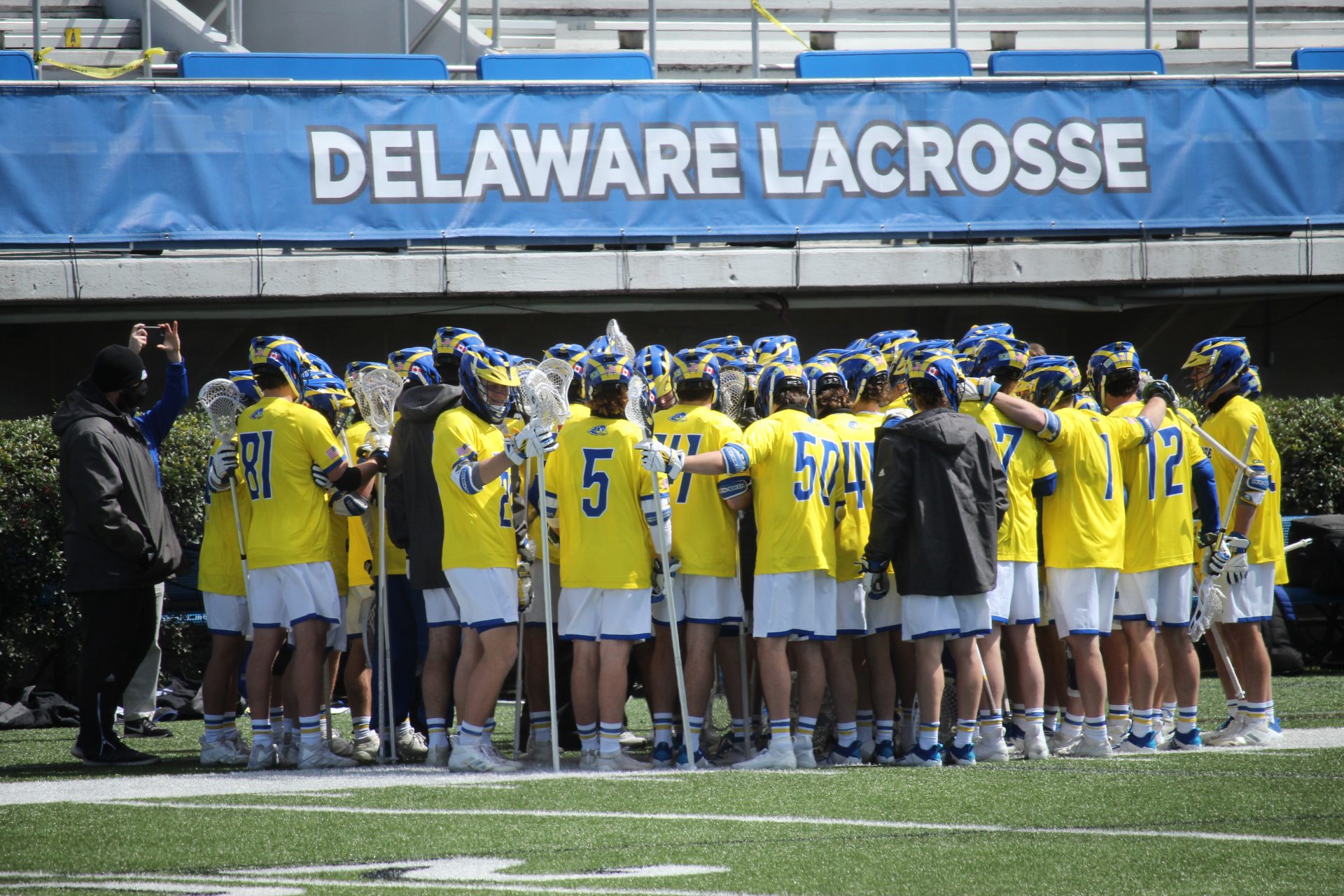 The Blue Hens came off an almost two-week break heading into its matinee matchup with Fairfield. Delaware showed signs of rust early after its long layoff from game action.

The Stags lead Delaware 8-5 heading into halftime and lead Delaware in statistical categories including shots, faceoff wins and turnovers. Fairfield outshot the Blue Hens 26 to 23, won 11 of the 15 first-half faceoffs and turned the ball over nine times compared to Delaware’s 10.

“I thought that Fairfield did a great job in the first half of dictating the pace in between the lines; they capitalized on a lot of transition and unsettled situations, and their faceoff dominance allowed their offense to have a big possession advantage,” Delaware Head Coach Ben De Luca said of the first half.

The second half served the exact opposite. Delaware put 31 shots on net and split Fairfield’s shot numbers in half. The Stags only attempted 13 second-half shots. The Blue Hens went 12 for 16 in the faceoff circle in the second half, and Delaware outscored Fairfield 11-3, including a seven-goal third quarter.

De Luca credited freshman Logan Premtaj for his play in winning 12 second-half faceoffs, as well as goalie Matt Kilkeary for limiting Fairfield in the second half. Kilkeary finished with 13 saves.

“Those things lead to a rhythm for our team, rhythm offensively; they get to see the ball a little bit more and they start to get a little bit more comfortable,” De Luca said. “I was pleased with the ability to not necessarily be reliant on one guy.”

Five Blue Hens found their way into the scoring column in the afternoon. Sophomore Mike Robinson continued to find the back of the net and led Delaware in goals with seven, including five in the third quarter. Robinson’s seven-goal day increased his totals on the year. He leads the team in scoring with 33 goals on the year.

De Luca praised Robinson for his high skill level offensively and his ability to shoot the ball at different angles with a high velocity.

“It really all starts with his toughness; he’s able to absorb checks; he’s able to dodge past defenders to get his shot off; he’s a very smart player,” De Luca said of Robinson. “He’s opportunistic; he knows not to push it; he allows the game to come to him.”

“For me I’m just always trying to be open, we got lots of guys out there that can get us a goal,” Robinson said.

Delaware entered today’s matchup ranked No. 12 in the country according to Inside Lacrosse’s weekly media poll. Since the Blue Hens were named No. 18 in the rankings, they climbed up the poll in each of the last three weeks. Delaware is set to battle conference foe Drexel next on April 10 at Delaware Stadium.