Editorial: Basking in solace: The positives of the election 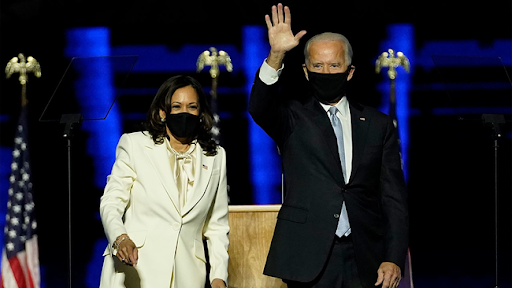 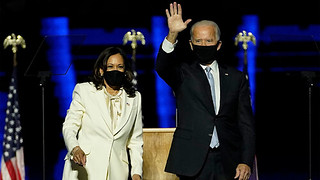 Courtesy of 6ABC Action News
“With Kamala Harris, a female candidate of South Asian and African American descent as Biden’s vice president, a new standard echoing the message of equality and diversity has been set.”

Amidst the negative fog that envelopes Election Day — from the unsettling fear of protests to “Election Stress Disorder” (it’s actually a thing) — a positively warm sensation grasps the mind when one thinks of all the good that has happened in this ‘no way normal’ 2020 U.S. election.

Although the election results were only announced recently, it has already made history (the good kind!). The 2020 election has set a precedent for inclusion and diversity like no other previous election. With Kamala Harris, a female candidate of South Asian and African American descent as Biden’s vice president, a new standard echoing the message of equality and diversity has been set.

Joining Harris in these new standards was Cori Bush, who became the first Black Congresswoman in Missouri’s history — giving people hope of watering down the flames of racial divide that grappled America this year.

From Sarah McBride assuming victory in Delaware as the nation’s first ever transgender State Senator to Madinah Wilson-Anton, a Muslim woman, winning the election for Delaware State Representative in District 26, this electorate has witnessed progressive strides in their own sense.

Apart from diverse leaders acquiring positions of power, another “feel-good” element for America in this year’s election was the historical voter turnout. At least 159.8 million Americans voted in this election according to NBC projections — the highest voter turnout rate among eligible citizens since 1900. Not only was the enthusiasm for voting remarkably high among Americans — whether it was through in-person voting on Election Day or mail-in ballots — but the vote counting process was impressively efficient as well.

Although the Main Towers polling location in Newark seemed desolate, voters did arrive every twenty minutes or so, fulfilling their civic duty despite the looming danger of catching the COVID-19. As reported earlier by The Review, in Delaware, voters displayed their belief in “each vote counts,” as people from all age groups came out to vote, from 76-year-old Beatrice whose eyesight is weak and needed a poll worker to help her vote, to the 19-year-old university student Julia Pascucci and first-time voter Nicole — a 37-year-old mom who had “finally had enough.”

In light of the pandemic, a huge number of Americans cast early votes or opted for mail-in ballots to avoid being in crowded lines and having to follow social distancing guidelines. Mail-in ballots, while heavily contested, contributed immensely in making the voting process efficient during COVID-19. It is because of early voting that some states were able to announce the results right on time.

In Biden’s home state of Delaware, despite an initial shortage of 700 poll workers, they were able to call the results by Tuesday night — exhibiting hard work and efficiency on part of the poll workers and election officials. Further, the citizens who made the decision to cast their ballots early deserve big gratitude.

Closing our eyes to the horrors of the election, looking into these little steps — by American citizens — provides one with a moment of pride and peace, maybe even forming a faint smile on the face. It is paramount that we enjoy Biden’s win — the brief calm, before the jitters of how his presidency might turn out, takes over.

The Review’s weekly editorials are written to reflect the majority of opinion of The Review’s staff. This editorial was written by Yusra Asif Qureshi, copy editor. She may be reached at yqureshi@udel.edu.