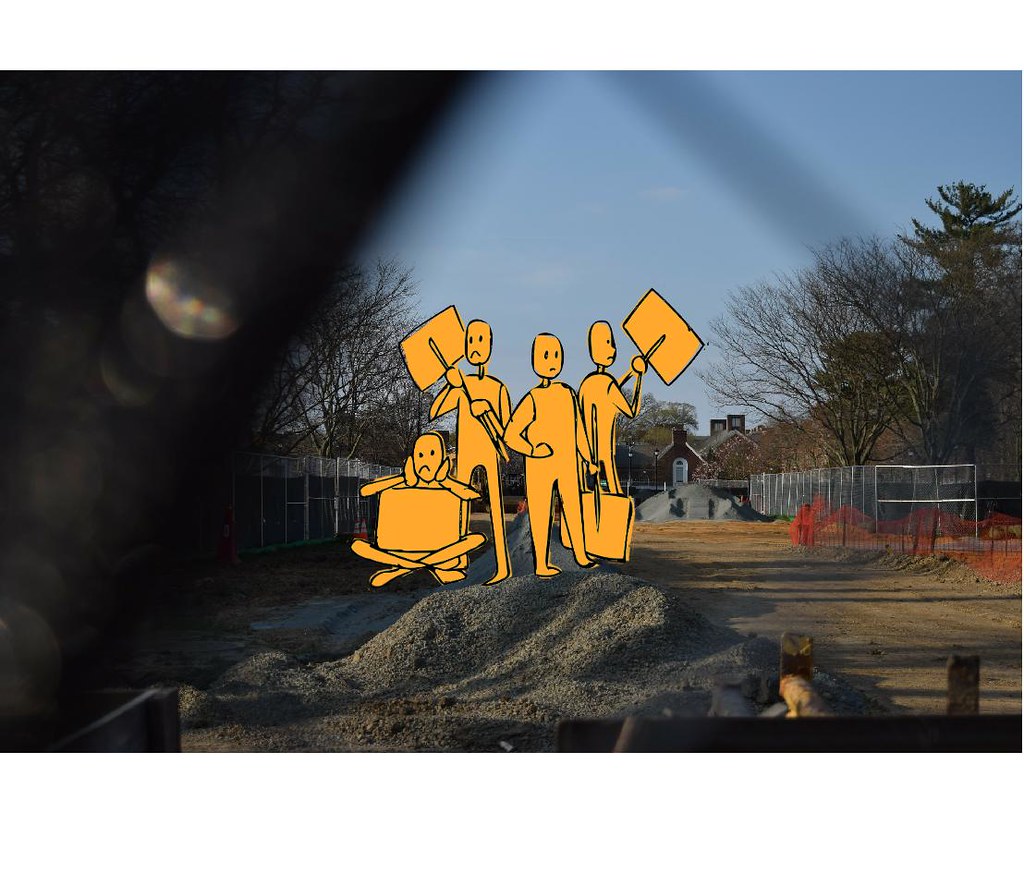 Sam Ford /THE REVIEW
Aside from our concerns about the article’s validity, we also see a problem with mocking the family members of someone running for office.

For a whole year, President Trump’s allies have pushed corruption allegations against Joe Biden and his son Hunter in an attempt to damage the former vice president’s campaign. In recent days, the claims escalated after Trump’s associates, including his personal lawyer Rudy W. Giuliani, presented information for the New York Post, claiming that the FBI had confiscated a laptop supposedly belonging to Hunter Biden.

The article by the New York Post reported that Hunter Biden dropped off a laptop at a local repair shop in Delaware. The laptop supposedly contained emails showing that Joe Biden met with Vadym Pozharskyi, a consultant for Burisma, the same Ukrainian energy company that Hunter Biden served on the board of when his father was vice president.

Andrew Bates, a spokesman of Biden’s companion, stated that there was no meeting between Biden and the Ukrainian advisor Vadym Pozharskyi on Joe Biden’s official schedules.

We at The Review are doubtful of the article’s credibility since the author refused to put his name on it due to concerns about the credibility of the source as reported by the New York Times. The fact that Steve Bannon of all people is said to have told the Post about the hard drive raises our skepticism. We also find it suspicious that the article, sourced by Trump’s own lawyer, came out a few weeks before the election. It reeks of “October surprise.”

Aside from our concerns about the article’s validity, we also see a problem with mocking the family members of someone running for office. While the details of the Bidens’ history with Burisma are up in the air, mocking Hunter for his history of substance abuse is another topic.

Moreover, Trump bringing up Hunter Biden’s drug issue during the first debate was a reminder that the president has no basic regard for others. Trump likely went after his opponent’s son knowing the damage it could bring Hunter personally.

On Oct. 15, U.S. Rep. Paul Anthony Gosar, a U.S. Representative from Arizona, tweeted a meme based on a photo from the New York Post’s story, where Hunter Biden appears to be asleep with a drug pipe in his mouth.

The fact-checkers at Snopes debunked the idea that it was a crack pipe, saying it was actually for methamphetamine usage.

Regardless of what drug the pipe is used for, this tweet came from a government official and has over 20,000 likes as of Oct. 25. Gosar has amplified Hunter Biden’s problems simply because he doesn’t want his father to win the election.

Relapses are common for those recovering from substance issues. Making Hunter Biden’s personal life public could trigger the onset of his addiction due to stress. Trump’s attacks have raised concern and prompted outrage from those who said the president and his allies are using a disease that is experienced by 20 million Americans as a political tool.

According to experts, stigma can be a life-or-death dilemma for Americans who have issues with addiction. According to the National Institutes of Health, 75% of such individuals never seek treatment, mostly because of shame and stigma.

The whole issue has raised awareness on what Trump’s campaign’s goal is. Why does Trump’s campaign deliberately paint Hunter Biden with such stigma, especially right before the election? By falsely representing and dragging down the image of the opponent’s son, Trump’s tactics over winning the election are nothing but contemptible.

Going after the family members of your opponent and making fun of drug addiction is wrong, especially on the national stage. Hunter Biden is not running for president. Regardless of your opinion on his father, this man should be allowed to handle his own problems without having millions of people shame him.

The Review’s weekly editorials are written to reflect the majority opinion of The Review’s staff. This week’s editorial was written by Yuting Wei, staff reporter. She may be reached at amberwei@udel.edu.