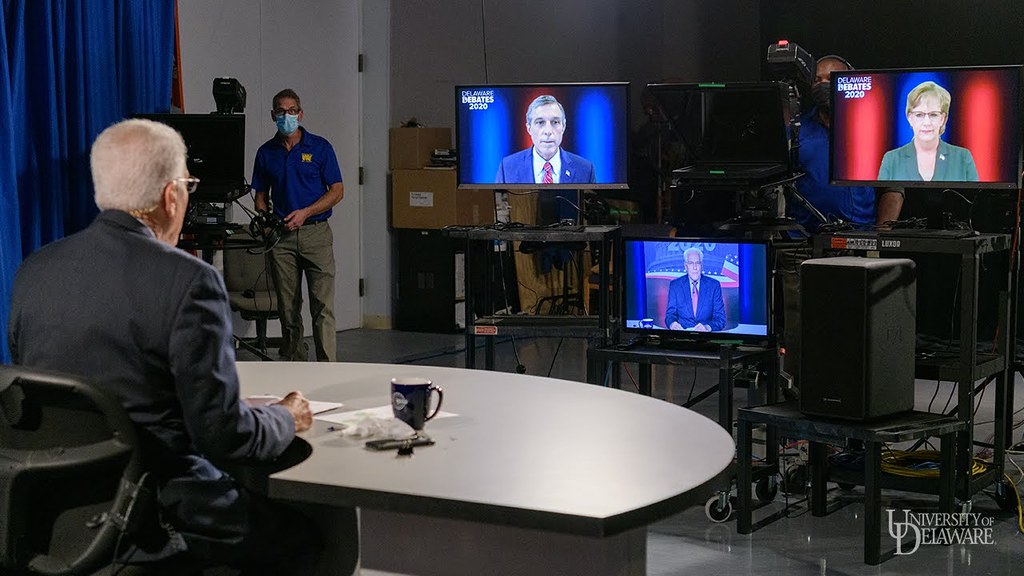 courtesy of the Center of Political Communication
“While Carney was given the first chance to speak, Murray quickly followed up with a searing condemnation of the state’s policies and procedures, based largely on her assertion that the disease is relatively harmless.”

On Tuesday, the university had the privilege of hosting the gubernatorial debate between current Gov. John Carney and his opponent Julianne Murray. The discussion began with the topic on everyone’s mind: Delaware’s response to the COVID-19 pandemic.

While Carney was given the first chance to speak, Murray quickly followed up with a searing condemnation of the state’s policies and procedures, based largely on her assertion that the disease is relatively harmless.

“For 99.94% of the Delaware population, this is not fatal,” Murray said. “Our small businesses were shut down for months and are still operating at 60%, our gyms are operating at 30%, our restaurants are struggling for something that 99.94% have survived.”

This statement is at best misleading, and at worst a flat-out lie.

As of October 14th, Delaware’s official COVID-19 tracking page reports that there have been a total of 22,560 positive cases of the disease in the state, resulting in 661 deaths. Anyone with basic math skills can determine from this that the fatality rate is approximately 2.93%, and not the .06% that Murray claimed during the debate.

So where did she get the number? Well, as it turns out, a 0.06% fatality rate is fairly accurate as a proportion of population, not as a proportion of cases – a trick that President Donald Trump attempted to pull during a now-viral interview with Axios National Political Correspondent Jonathan Swan.

While using either statistic to argue against coronavirus restrictions, such as quarantining and wearing masks, is morally questionable in and of itself, it is especially important to note that the rates are likely that low due to the precautionary measures taken by the state of Delaware to slow the spread of the disease.

Maybe the statement was intentional misdirection on the part of Murray, or maybe an innocent misinterpretation of data — and maybe the distinction between a 0.06% fatality rate and a 2.93% one doesn’t matter much to you anyway. However, this slip at the gubernatorial debate is one of an increasing number of incidents that illustrate that Delaware is not immune to the “alternative facts” that have become so prominent in our national politics.

While misinformation itself is hardly new, it can reach a larger number of people in a shorter amount of time via social media. It is easy for a fabricated story or twisted statistic to go viral before anyone has the chance to see if it checks out, and any replies offering corrections are much less likely to get a retweet.

As such, we are forced to take personal responsibility for what we choose to believe, with each of us becoming fact-checkers in our own right. From FactCheck.org, here are just a few questions you can ask yourself when considering whether an article may be fake news:

To put your newfound fact-checking knowledge to the test, check out Factitious, an online game for testing your skill at identifying fake and misleading news stories.

The Review’s weekly editorials are written to reflect the majority opinion of The Review’s staff. This week’s editorial was written by Wyatt Patterson, senior reporter. She may be reached at wyapat@udel.edu.