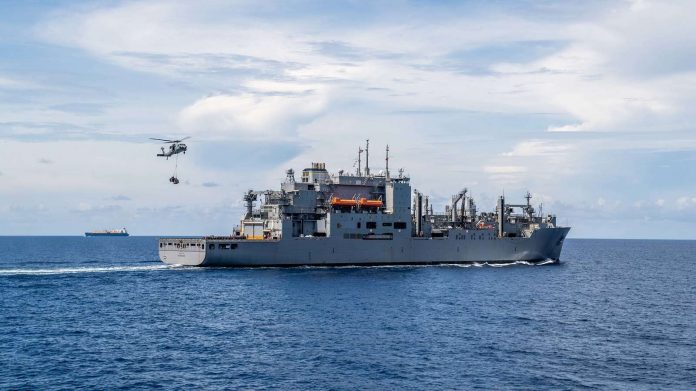 “This is about investing in our greatest source of strength, our alliances, and updating them to better meet the threats of today and tomorrow,”  President Biden said in the initial press briefing rolling out the pact. “It’s about connecting America’s existing allies and partners in new ways.”

While President Biden did not mention China in his initial speech, the AUKUS Pact has largely been seen by analysts as a way for three powerful, wealthy Western countries to counter Chinese maritime domination of the South Pacific region.

The Chinese embassy spokesperson in the United States, Liu Pengyu, said that the West “should not build exclusionary blocs targeting or harming the interests of third parties. In particular, they should shake off their Cold War mentality and ideological prejudice.”

China has been making an increased push to dominate the South China Sea and larger Indo-Pacific region, causing territorial disputes with surrounding nations. This maritime expansionism has intimidated China’s southern neighbor, Australia, which has grown increasingly threatened by Chinese economic and military power.

“China is growing its navy [and] air force at a huge rate,” United Kingdom Defense Secretary Ben Wallace said. “Obviously it is engaged in some disputed areas. Our partners in those regions want to be able to stand their own ground.”

The AUKUS pact is one of the first major foreign policy actions undertaken by the United Kingdom’s post-Brexit government and represents a complete break between London and the remaining members of the European Union, who were not invited to join the AUKUS Pact.

France, in particular, was outraged and surprised by their exclusion from the AUKUS Pact, to the point where they recalled their ambassadors to the United States and Australia. The French are furious because this deal replaced a previous defense agreement between France and Australia, lessening their own influence in the Pacific.

“This blow came completely out of the blue. Macron made so much effort to help the Anglo-Saxons,” Renaud Girard, senior foreign affairs analyst at Le Figaro newspaper, said. “With the Americans in Afghanistan; with the British on military cooperation; with the Australians in the Indo-Pacific. Look, he kept saying ‘we’re following you – we are genuine allies.’ All that, and then this. No reward at all. Treated like dogs.”

The AUKUS Pact seems poised to play a major role in the Pacific region, and in American policy towards China. However, it remains to be seen whether this new defense agreement can counter the well-established Chinese interests in the South China Sea.