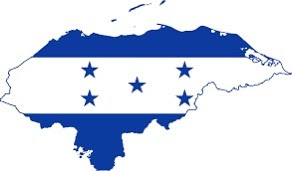 On Nov. 28, leftist candidate Xiomara Castro of the Free Party proclaimed victory in Honduras’ presidential election. On Tuesday, the rival National Party conceded the election, after three days of uncertainty. This peaceful transfer of power was a relief to many observers, who feared a return to the violence that marred the 2017 Honduran presidential election.

Castro rose to political prominence in the early 2000s, when her husband Manuel Zelaya was president, before he was ousted in a coup in 2009. Since then, the National Party has dominated Honduran politics, which have been marked by gang violence and corruption. The outgoing president, Juan Orlando Hernández, has been accused of fueling his rise to power with cartel money.

Amidst this turmoil, Castro ran her campaign on reshaping Honduras with the future in mind. She said she hopes to rebuild her country’s weakened democracy, expand government subsidies and, perhaps most importantly, reinstate corruption investigators.

“Never again will the power be abused in this country,” Castro said.

Some Hondurans fear that Castro, who describes herself as a democratic socialist, will reshape their nation in the image of Cuba or Venezuela. The National Party has also accused Castro of wanting to legalize abortion, which is deeply upsetting to many conservative Hondurans.

The policies of Castro’s government will not only affect Honduras; they will also impact the United States. This year alone, many Honduran migrants have been apprehended along the U.S.-Mexico border, fleeing gang violence and poor economic prospects at home.

For that flow of migrants to stop, conditions in Honduras need to improve; thus, the Biden administration has a vested interest in making sure the Castro government stays stable. This interest was demonstrated by a statement Secretary of State Antony Blinken put out just minutes after the National Party conceded the election.

“The United States congratulates the people of Honduras on their election and Xiomara Castro on her historic victory as Honduras’ first female president,” Blinken said. “We look forward to working with the next government of Honduras.”

Migrant crisis aside, the question now is if the Free Party has the political clout to accomplish its policy goals. Aside from structural issues such as cartel violence and corruption, it is currently unclear whether Castro’s party will dominate congressional races as well.

“It’s going to be highly difficult to govern without a majority in congress,” Pedro Barquero, the campaign chief for the Savior of Honduras Party and ally of Castro, said.