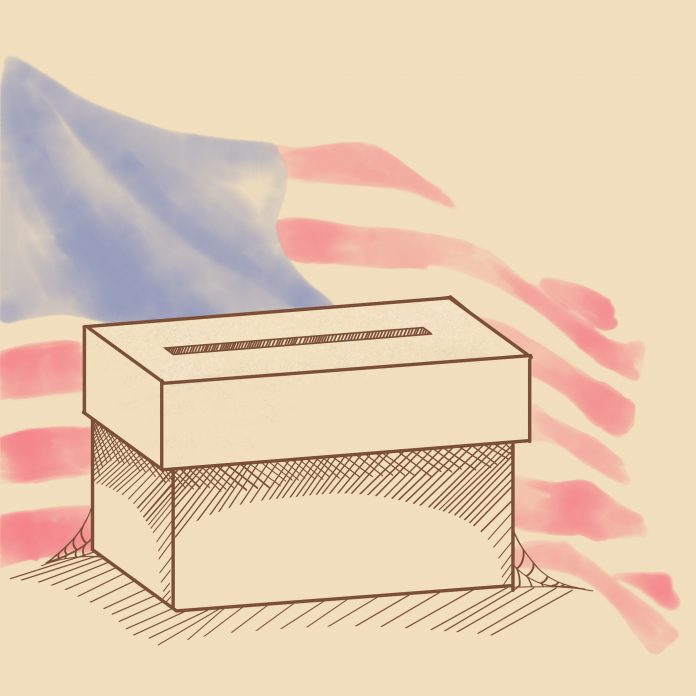 Throughout the COVID-19 pandemic, the university’s Resident Ensemble Players (REP) has been providing free audio presentations of plays, stories and the like. Although live performances had been restricted, they have continued to produce free content for the community such as Michael Gotch’s audio adaptation of “Dracula” and a production of “Arsenic and Old Lace.”

While their return to live theatre will occur next spring semester on Feb. 24 with Tanya Barfield’s “Blue Door,” they have continued to produce audio offerings. The REP’s most recent production is called “Votetrickery: A Spoken Word Symphony,” written and directed by REP member Hassan El-Amin.

El-Amin is originally from San Diego, California but has many credits in the theatre industry as an equity actor with companies from around the United States including the Tony award-winning Dallas Theater Center. El-Amin also has worked on Broadway in “The Lion King” as Mufasa and Scar.

In 2016 El-Amin came to the university and became a company member of the REP as well as an adjunct faculty professor who teaches Africana Studies and Theatre Studies. Before teaching at the university, El-Amin attended and graduated from the university with an MFA in theatre in 1992. Although El-Amin got his start as an actor and a vocalist, as he moved along in his career he became interested in other subjects.

“As an actor, you start to transition, you know, you get interested in other aspects of your craft,” El-Amin said. “And so writing became a part of something that I wanted to do. So, you know, it just kind of kind of happened, you know, there was a desire for it.”

“Votetrickery,” as described by the REP website, is “an engaging and timely exploration of America’s history of voting and the unresolved voting rights issues that continue to plague our country today.”

Although the production’s storyline does not confine itself to one chronological timeline, the one hour-long audio presentation still captures the overall journey of voting and democracy in America and how it can deceive us into believing that it is fair and just when its origins are neither of those things. The production is performed as spoken word poetry over music. El-Amin worked with his music producer Profose-e Muzik to create tracks that can be described as classical music intertwined with rap music.

“I wanted to take snippets of those classical tunes and then turn them into more of a rap,” El-Amin said. “So if you know the classical, you’ll hear tidbits that you go, ‘Oh, wait what?’… It really is about rap music.”

The plot of the production centers around the Council of Elders of Voldon, an all-knowing group who tell factual stories of the history of the United States and the vote. The production is performed by many REP actors who all have different monologue sections, with occasional group sections. The different “elders” each tell about the past and present of the vote through spoken word poetry.

El-Amin was inspired to write about the topic of the United States voting system because of the relevant issues that voter suppression and voter fraud have become in recent years. However, the true inspiration for the actual writing of the piece was ignited when Sandy Robbins, producing artistic director for the REP, approached El-Amin about writing something for the REP as El-Amin had written an audio production for them before titled “Talk About Race.”

El-Amin stresses that while this production is entertaining, it also educates and provides the audience with a potentially new perspective that teaches them about the experience of America for Black people. He also emphasized that listening is not the only goal of this production.

“Votetrickery: A Spoken Word Symphony” can be found on the REP’s website for free from Dec. 1 to Dec. 19.