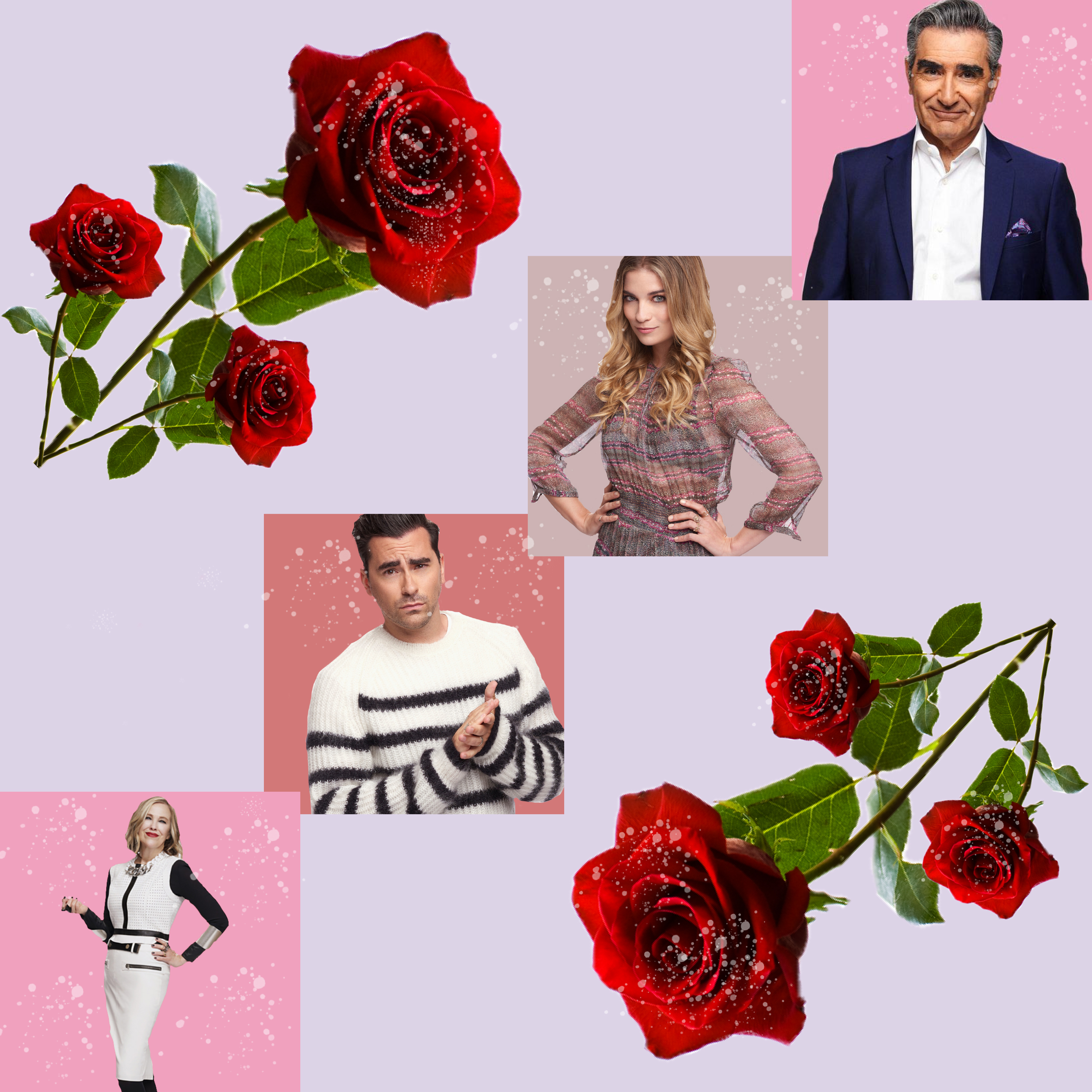 Shana Slater/THE REVIEW
The looks of the “Schitt’s Creek” crew are more than luxurious; they’re iconic to TV fashion.

After months of wearing nothing but sweatpants and sports bras, it almost feels as if I’ve lost my personal touch with what I wear. The only few times I’ve “dressed up” is when I slip on a pair of jeans to make a Target run, and even then I give myself mere brownie points. Obviously it’s normal and accepted to be dressing down in a time like this (a global pandemic), but if you’re in the same fashion flump that I’m in, then you might appreciate the Emmy award-winning show “Schitt’s Creek” a little more.

The Canadian sitcom “Schitt’s Creek”follows the trials and tribulations of a once-wealthy family as they are forced to settle in a town they purchased as a joke. The series gained more fame in 2020 following its sixth and final season premiering on Netflix as well as sweeping numerous Emmy categories. While it may not have always been known for its clothes, “Schitt’s Creek” uses high fashion with such humor and precision that it lends itself to either a perfectly-timed punchline or a thoughtful development of a character.

In the 2020 Netflix documentary, “Best Wishes, Warmest Regards: A Schitt’s Creek Farewell,” co-creator and star of “Schitt’s Creek” Dan Levy spoke to how the luxurious costume design had a heavy hand in its storytelling.

“Wardrobe is probably the most important element in storytelling outside of actually writing,” Levy says, “because we as people say so much about who we are, what we want, what we believe in and how we think of ourselves by the way we dress.”

Levy himself played David Rose, the spoiled adult son of Johnny and Moira Rose. From his hysterical face expressions and one-liners to his significant character development, there’s nothing not to love about David and that very much includes his dark and melodramatic wardrobe. If I were to give it a name, it would be “gothic couture meets punk androgynous e-boy” as he sports numerous printed sweaters, distressed denim, chunky shoes and oversized accessories throughout the show. You would think that monochromatic or only using black and white in a color scheme may get a little old, but David’s stark, luxe statements against the backdrop of a grim small town gives way to so much more detail and laughs.

In the season two episode “Finding David,” David runs away from Schitt’s Creek to take refuge at an Amish family’s farm. The awkwardness of putting David in a field wearing a Helmut Lang mohawk hooded sweater and Converse hightops is funny for the sheer absurdity of it, and simultaneously iconic in its own right.

Moira Rose, played by the talented Catherine O’Hara, is the personification of the series’ high fashion aesthetic in an impeccably-tailored blazer. An eccentric ex-soap star and matriarch of the Rose family, her style exudes her structured and powerful silhouette as well as a keen eye for detail. Whether it was a rehearsal with the Jazzagals or brunch at Cafe Tropical, she always had an outfit for every social situation, and extravagance aside, worked for every occasion.

The inspiration for Moira’s sartorial confidence was not drawn from Lady Gaga, but from Daphne Guisness, a British socialite and fashion designer. If Moira Rose has taught us anything, it’s that an outfit should always come with a complimentary hairstyle, as she has a new wig with every piece. Like her son David, many of her pieces are actually designer, like Balenciaga or Alexander McQueen.

Not to forget about Johnny or Alexis Rose, although not extravagant, are still poppin’. In contrast to his wife, Moira’s, often over-the-top black and white wardrobe, Johnny’s sense of style is more subdued. He is frequently dressed in a black, dark blue or gray suit from designers like Hugo Boss and Ermenegildo Zegna. Being both timeless and sophisticated, Mr. Rose’s clothes remind the audience of his business background.

Alexis Rose’s fashion taste is feminine and the most bohemian of “Schitt’s Creek”. Her outfits typically center around a flowy dress that she dresses up or down with jewelry, depending on the context. Separately from the occasional workout outfit, Alexis is also a fan of hat and hair accessories (my personal favorite: the leafy golden headband, so adorbs!)

All in all, the Rose family’s luxurious wardrobes are the last vestiges of their former lives. The juxtaposition of a riches-to-rags story with designer clothes in mind makes for a fabulous fashion overload we can all be inspired from.