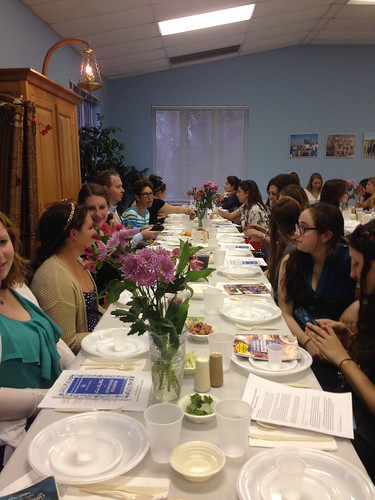 Sara Pfefer/THE REVIEW
Passover is often observed by eating unleavened bread in remembrance of the haste in which the Jews left Egypt.

This past week, the familiar pastels and plastics of Easter took drugstores by storm. Pink eggs and chocolate bunnies were displayed for customers perusing the aisles in search of their favorite Jelly Bellys.

However, for many students, the week marked a time of moderation and fasting as they observed Passover, which commemorates Jewish freedom. The holiday, which began on April 14, ends today.

Human development and family studies professor Steven Eidelman, who also volunteers as the president of Hillel Kristol Center for Jewish Life, says the history of Passover originates from the story of Moses liberating the Jews from Pharaoh’s oppression and is a celebration of liberation.

“It’s really all about freedom,” Eidelman says. “It’s a festival of freedom. Freedom from slavery, freedom from oppression, freedom from the daily rules and the grind of life.”

He says Hillel is not a religious group per se but an international movement comprised mostly of undergraduate students.

“The idea is to give them a safe place to be who they are on campus,” Eidelman says. “Our campus is a very diverse place, and Hillel gives you a place where you can go and, to varying degrees, practice your Judaism.”

Sophomore Morgan Fuentes serves as vice president of KOACH, the conservative Jewish group at the university, according to the Hillel website. In Hebrew, koach means “strength.”

Fuentes says she is observing Passover by abstaining from eating leavened or unrisen breads, pastas and some grains. She says this tradition originates from the Jews’ flight from Egypt. Because they left Egypt in a hurry, they had no time to leaven the bread, Fuentes says.

“It’s definitely really difficult,” Fuentes says of observing Passover at the university. “Especially if you live on campus and don’t have a car. The dining halls are your main source of food, so it can be difficult.”

Senior Brittany Kalman says she also believes it to be challenging to observe Passover while at school.

Fuentes says the dining halls attempt to offer kosher foods and options for students observing Passover, but the options are minimal and unsatisfying.

“We had a Seder last night at Hillel, which is a meal that talks about how the Jewish people were liberated from Egypt and how matzo became to be the food because [the Jews] went in a hurry, so matzo was quickly taken,” he says.

Matzo is a form of unleavened bread that can be eaten during Passover, Eidelman says.

Kalman says she also attended Seder dinner through the university group. Additionally, she shared a Seder dinner with friends, where they often eat matzo ball soup, chicken, brisket or, her favorite, matzo brie.

Fuentes says after days of fasting, there is a large celebration centered around a feast. Although she lives too far away to go home, many of the people she knows make the commute home to celebrate Passover with their families, she says.

“Passover is very much a family holiday,” Eidelman says. “Lots of students went home. Different people celebrate it differently. There’s not a uniform way of celebrating it.”

Similarly, Kalman says Passover allows her to spend time with friends and family while reflecting on Jewish history.

“To me, it’s a time to connect with my heritage and my culture,” Kalman says. “It’s a time to think about family and friends.”