Letter from the editor: A look inside the Women’s Issue 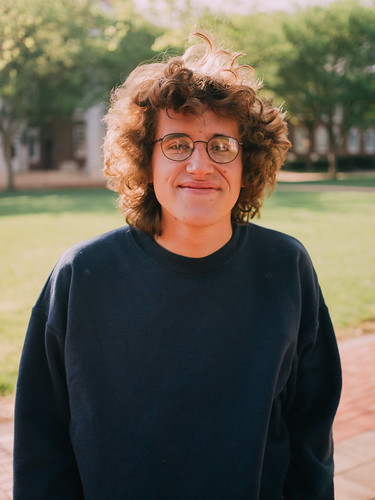 Suspense loomed over the newsroom as the vote approached. There were two options: the Weed Issue, to be published the week of 4/20, and the Women’s Issue. More was at stake than electing a worthy successor to the Drunk Issue — the newsroom’s very dignity, its reputation, its maturity, were on the line. Would democracy, would journalism, do something important? Or would it content itself with rolling some fat ones and writing a string of articles on how to sate the munchies?

In a heartening, reassuring display of maturity and commitment to a greater cause, the Women’s Issue won unanimously. Though I have slight regret at the lost opportunity to roll and light a gargantuan joint with a copy of The Review in the newsroom, slapping the photo on the front page — the glorious route to expulsion I’ve spent three years searching for — I was both relieved and inspired by the result.

We are, after all, in the midst of a movement. A movement started by journalists, bringing stories of women — the injustice and violence they face, but also their continued defiance of adversity — to the front pages of national and local publications. A movement of real-life stories with real-life consequences, a testament to the power of the press and a reminder that people are reading.

With the Women’s Issue, we hope to continue scratching the surface of decades, centuries of untold stories. From my limited vantage as a mostly soulless editor and quintessentially White Boy, I’d like to offer a brief explanation of why these stories, particularly on our campus, are so important, and what we hope to have accomplished with the Women’s Issue.

Yet, owing to male-dominated faculty composition, disciplinary cultures (cough, engineering, cough, although my own philosophy department is hardly exempt) and an antiquated professional world, women remain disadvantaged on campus and beyond. Misogyny prevails from faculty to frats. Sexual assault occurs at a sickening frequency, and few women can claim a walk down Main Street free of cat calls. The Board and administration can boast only several female members, and they’re never quite at the top. Institutionally, the future of this place does not look too female.

These are systemic, multi-faceted problems exemplified by real-life experiences, experiences we’ve brought to print this week. This week, you’ll take a trip into a university now foreign, where two worlds, divided into two genders, inhabited the same campus. You’ll hear stories from female professors, those who had to navigate the cutthroat worlds of academia and motherhood simultaneously. You’ll find Mosaic alive with stirring testimony and spot-on commentary. Sports brings ever-overlooked insight into the life of a female reporter. Across the paper, you’ll find progress and problems, what we hope is at least a partial representation of the female experience on campus, told with diversity and depth.

As an editor of a college newspaper, there’s always some concern about taking risks. Too busy scrambling to meetings, taking calls and emails from angry readers, crunching finances and cranking out columns in a pinch, you have minimal control over content, unaware what the week’s issue will look like until a couple of days before print.

Any worries about this week’s issue were misplaced. Our staff delivered with a powerful blend of standard reporting and unorthodox approach, and I couldn’t be happier with the results.

Of course, with a topic like this, every story told has 10 untold counterparts. But I trust and hope that you’ll learn something reading this week’s issue, and that you’ll be inspired to bring us more stories affecting women on campus and beyond.

May the patriarchy crumble,