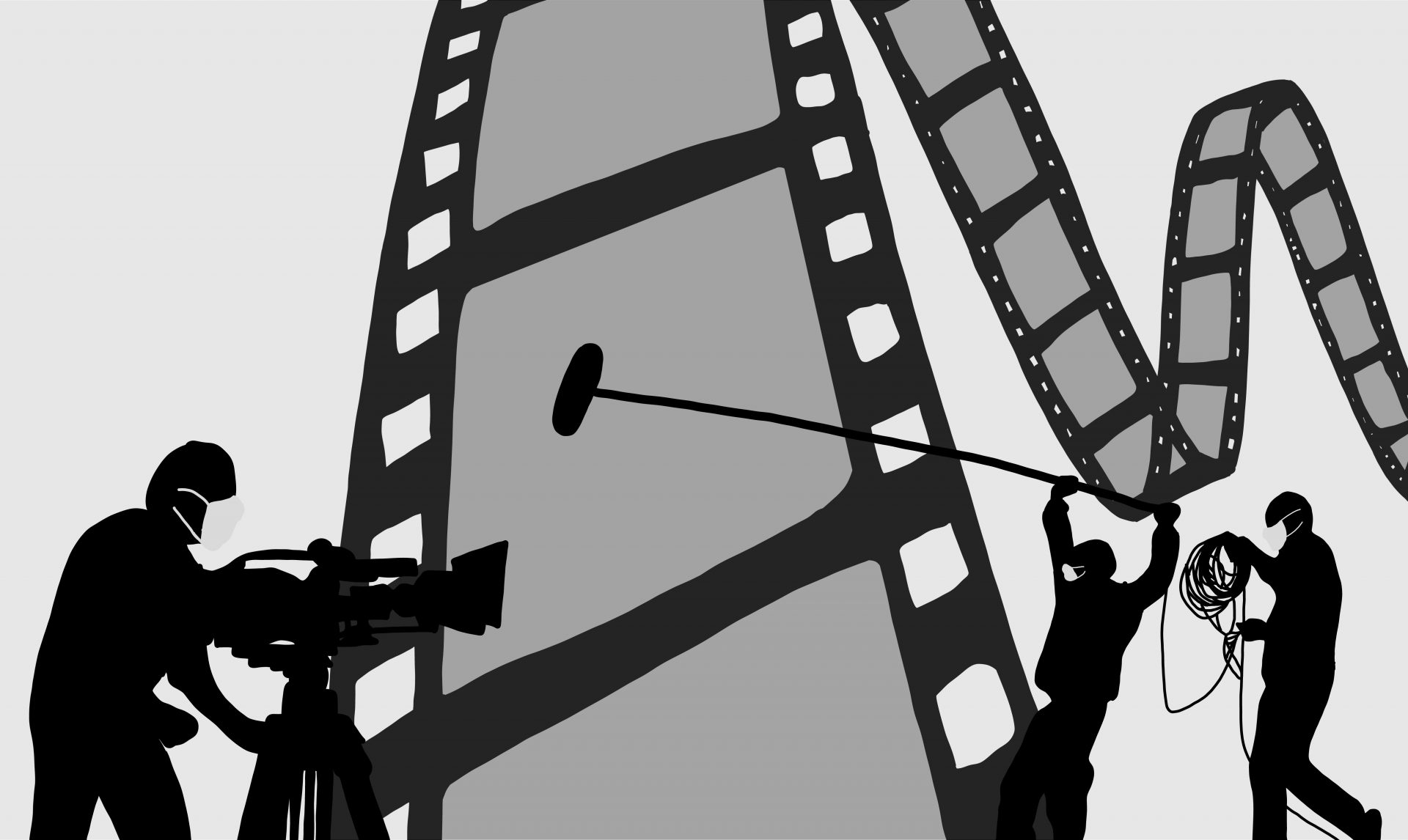 Editor’s Note: Nikai Morales was once a member of The Review. Morales is no longer a member and was not involved in the editing of this article.

Movies have long been a pastime for most of the general population, a lifelong career for others. With most of us stuck indoors for obvious reasons, movies have become something of a daily routine.

However, there exists a university student organization for whom film has long been a core part of their schedules, coronavirus notwithstanding: Reel Productions Film Society.

Senior Nikai Morales, a media communications major with minors in journalism, advertising and art, assumed the presidency over Reel Productions in the midst of the pandemic.

“It’s definitely been stressful,” Morales says. “It sucks because I ran on the platform that I wanted to do more and then COVID happened.”

“I’ve always been interested in film,” Morales, who attended a vocational high school for video production, says. Morales joined the university student organization as a freshman, where they were able to write and direct a short film in collaboration with other members.

Under normal circumstances, the club held weekly meetings to discuss a pre-selected movie as well as workshops with professionals regarding such topics as lighting and scriptwriting.

“At one point, we had a sound designer from Star Wars talk to us via Zoom,” Morales says.

“It’s been a lot harder since COVID to do that stuff,” Morales says.

While Morales hopes circumstances will improve enough to allow members to have safe, in-person meetings to watch films together, the club is currently sticking to its film appreciation component through weekly Zoom meetings.

“We’re still trying to think about what we can do for limited in-person events, but since we can’t really be in person like that, we just kind of pick a movie and talk about it each week,” Morales says.

Morales admits that while the current format is good for newer members more interested in films themselves as opposed to aspects of film production, it’s frustrating for students with a greater desire to make movies than to watch them.

“We can do, like, Zoom workshops, but … it’s not the same as being in person and holding a camera,” Morales says.

The club usually maintains a balance between film admiration and learning about production topics, a balance that has been skewed towards the admiration direction as of late. Regardless, there have been positives.

“It’s been good. We’ve gotten to meet a lot of new people that are interested in film and a lot of people that can give very different and varying perspectives,” Morales says. “So in some ways, I feel like it’s also been really good for consistent attendance because we’re online now.”

Morales explains that the discussions vary from film to film.

“I think it depends on the movie,” Morales says.

It’s not so much a matter of whether a film is good or bad; conversations simply tend to be contingent on the content of the movie and members’ perspectives on different elements of a film. This academic year, the university student organization’s multifaceted roster has included “Enola Holmes,” “Happiest Season,” “What’s Eating Gilbert Grape,” “Fantastic Mr. Fox,” “The Return of the Living Dead,” “Coraline,”“Mulholland Drive” and more.

One of Morales’ favorites so far? “The Craft.”

“It was like everything about 2000s high school movies that you love with, like, witches,” Morales says. “I’m not saying it’s a great movie, but it was just a lot of fun. And that’s what I really like in movies, is when they are like ‘I’m having a good time.’ I can suspend my belief, even if it’s, like, absurd.”

In terms of sustaining membership, despite its virtual format, Reel Productions has been able to keep its current members engaged and new members intrigued through GroupMe, the same platform the university student organization uses to vote on its film for the week.

“I feel like it’s a lot easier to stay interested in that group chat and talk to people about whatever than people coming to an hour meeting late,” Morales says.

After being forced to cancel in the Spring of 2020, the club is currently trying to plan an online film festival for the end of this semester. The film festival traditionally consisted of submissions from club members, students and locals that were judged and given awards by a panel of professors and regional filmmakers.

Although an online festival is still in the works, Reel Productions is trying to account for pandemic-related restrictions on film making.

“We said hey, if we do this we would want people in the club to participate. So if you need help getting that stuff set up we are trying to like figure out how you’re going to do a one-person movie if that’s something you want to do because you don’t feel comfortable doing [a film during] COVID, we want to work with you for that,” Morales says.

“There’s people in the group chat that are ready to start working on things. It’s just harder to do that because we’re just very safe with our trying to keep people from getting COVID,” Morales says.

“I’m hoping that with this semester I’ll be able to do even better,” Morales says. “I felt like last semester was really hard especially trying to get used to online learning and also figuring out running a club for the first time was kind of a lot, but it’s been great nonetheless.”

In the meantime, Morales hopes to continue their artistic career beyond the university, applying to UD’s graduate school for Strategic Communications. Although they only have a semester left with the club, they have great hopes for Reel Productions’ future.

“I’m hoping that someone will take up the mantle,” Morales says. “And when post-COVID does come around I would be more than happy to help in any way.”

One of the upcoming cinematic masterpieces on the Reel Productions’ agenda? “Godzilla vs. King Kong.” Until that’s released, the university student organization, having recently finished “Catch Me If You Can,” plans to move on to “Who Framed Roger Rabbit?”