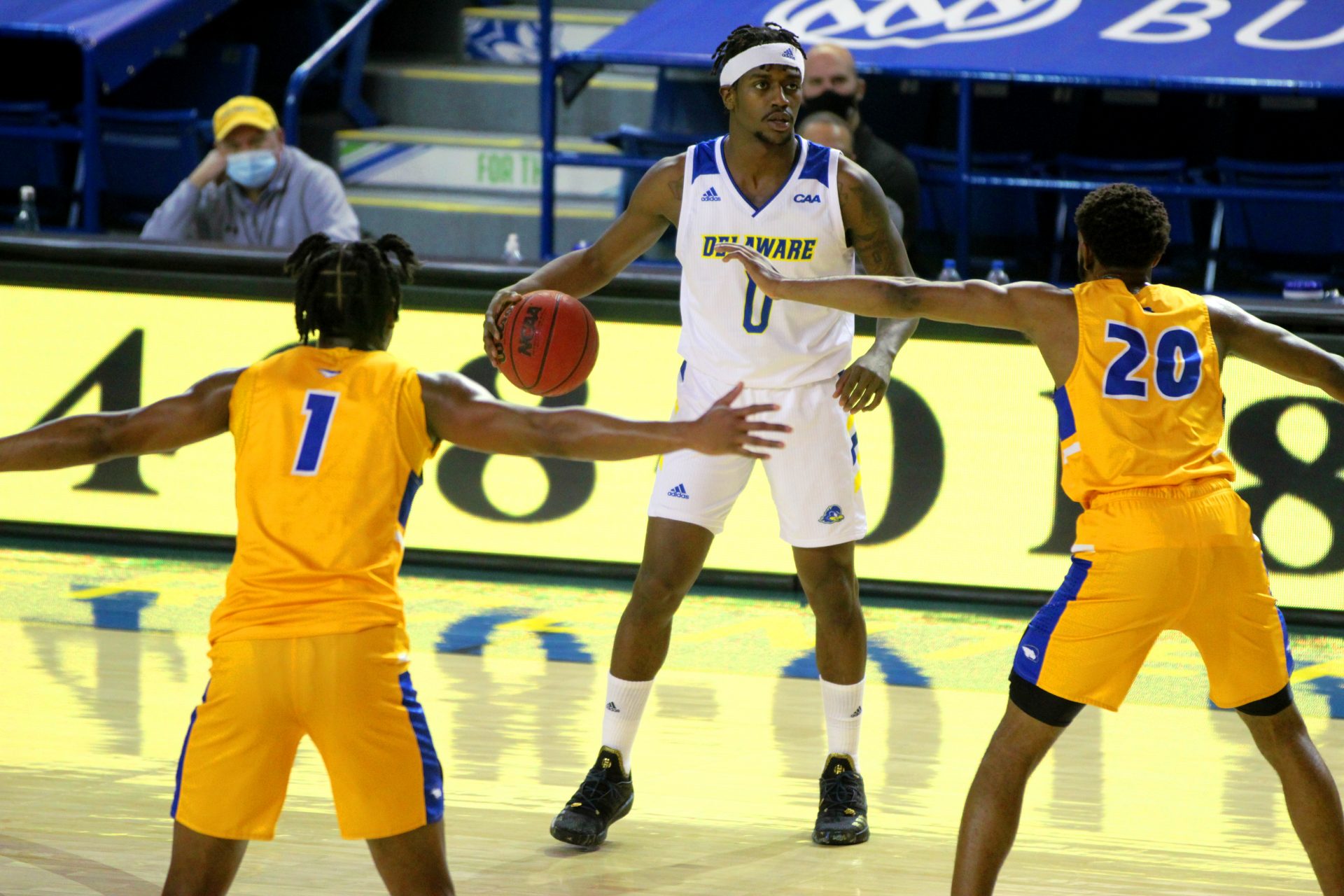 Delaware’s men’s lacrosse and men’s basketball programs have paused team activities, both due to safety protocols concerning the coronavirus pandemic.

The men’s lacrosse team was slated to open its season at Delaware Stadium on Feb. 13, in a home matchup versus Villanova. In 2020, the Blue Hens fell to the Wildcats 19-10.

According to a press release Wednesday afternoon, the team had “positive COVID-19 test results among [their] Tier 1 personnel consisting of student-athletes, coaches, staff and managers.”

The game against Villanova will have a make-up date, but that date is to be determined. Provisionally, the men’s first game will come on the road on Tuesday, Feb 16 against Mount St. Mary’s University.

In last year’s home opener, the Blue Hens took down the Mountaineers 14-8. However, their season was cut short at 6 of 13 games due to the pandemic. Delaware was 4-2 before the season’s cancellation.

In the preseason projections, Delaware was predicted to be second in the Colonial Athletic Association (CAA) standings, only trailing the University of Massachusetts.

Further, graduate student Charlie Kitchen was named CAA Preseason Offensive Player of the Year. Unfortunately for him and the rest of the team, the wait for the season opener is now extended.

Delaware’s men’s basketball team is also experiencing troubles with game postponements due to the pandemic. Earlier this week, it was announced that the Blue Hens’ next two series were postponed.

They were scheduled to play Drexel on Feb. 11 and 13, along with a home doubleheader versus James Madison on Feb 20 and 21. COVID-19 protocols in the Delaware program forced the postponement of those two series.

This comes a week after it was announced that Delaware’s series at Northeastern was postponed due to similar protocols within the Northeastern program. Weeks earlier, the Blue Hens had a one-game postponement against William & Mary, due to the Tribe having COVID-19 issues.

This week’s postponements are the second time the Blue Hens have had positive tests this season. Back in November, the team was forced to withdraw from the “Bubbleville” tournament at the Mohegan Sun in Connecticut after Tier 1 positive tests.

Through 14 games, the men sit at 7-7 overall and 5-4 in the CAA. Amid postponements across the league, Delaware is fifth in the conference standings, where a razor thin midpack battle is brewing.

That battle will be put on hold, at least for the Blue Hens. As it stands, the next matchup for the Hens comes on the road at Towson on Feb. 27 and 28. Currently, no other games are scheduled prior to the CAA Tournament.

Midweek games have been scheduled by the CAA for both men’s and women’s basketball. It is still to be seen if the Blue Hens will get another opportunity to play at the Bob Carpenter Center before the end of the season.