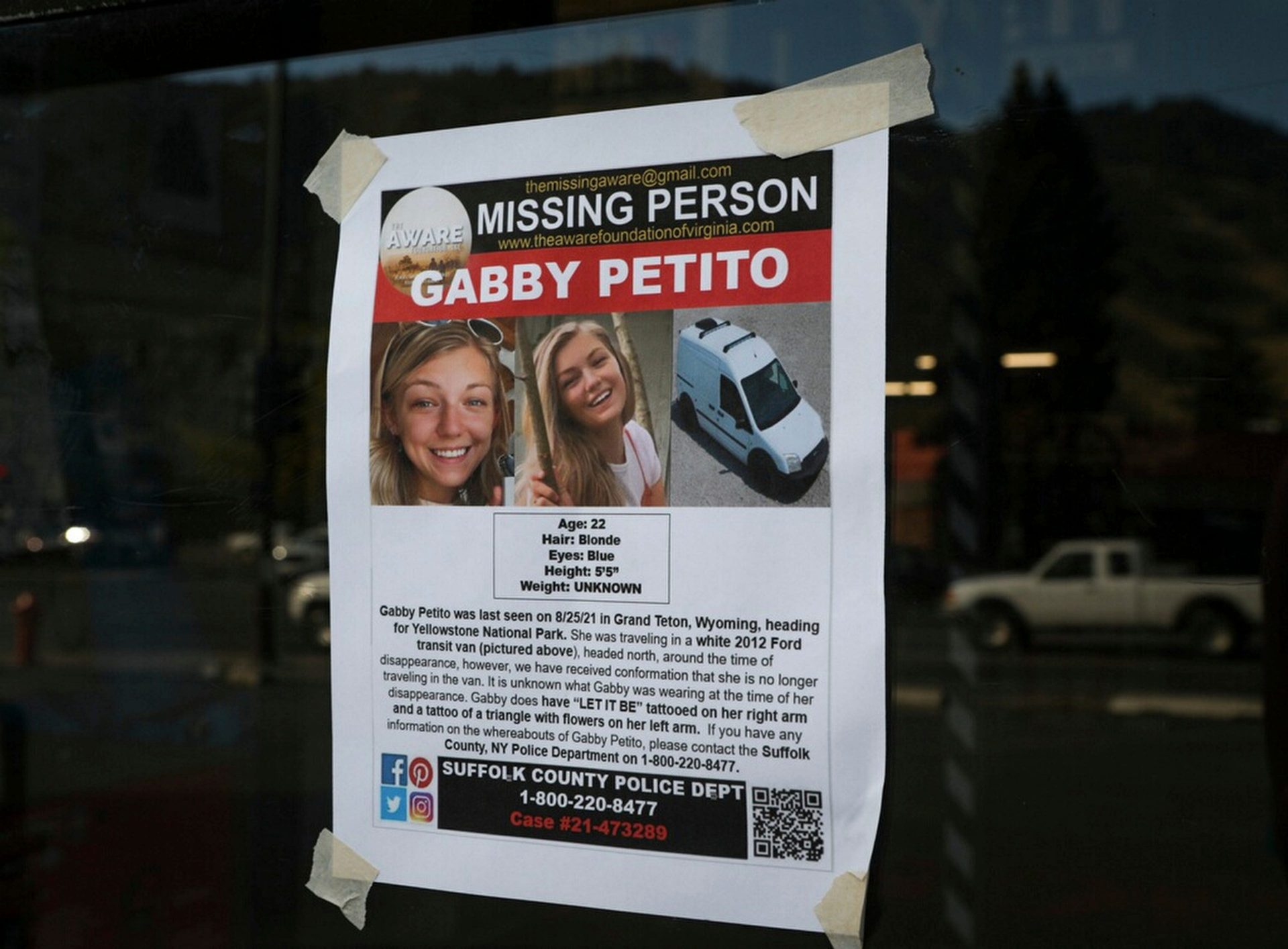 Gabrielle “Gabby” Petito was a 22-year-old from Long Island, New York. She was an influencer who had a large social media presence. She went on a cross-country road trip with her fiancé, Brian Laundrie, and never returned home. Her disappearance became a sensation in the news, leaving many missing person cases — particularly those concerning people of color — untouched.

Laundrie was a person of interest after the police discovered Petito’s remains on Sept. 19 in Bridger-Teton National Forest, Wyoming. On Sept. 21, the coroner identified them to be Petito’s remains. Based on the decomposition of her body, her death was assumed to have taken place in August, weeks before she was found.

Laundrie had been on the run amidst a nationwide search for him. His remains were found on Oct. 20, near a few of his belongings in Florida’s Carlton Reserve, after his parents joined the search just one day prior.

All of the media attention surrounding this situation begs the questions of why Petito and why not the thousands of other domestic abuse or missing person cases?

These have been questions circulating the internet since her case caught national attention. This phenomenon, first coined “missing white woman syndrome,” by journalist Gwen Ifill. When a white woman goes missing it is much more likely that she will make headlines for her disappearance as opposed to any other minorities, like Black women.

According to the Black and Missing Foundation, 40% of missing people reported last year were people of color. Wyoming’s Missing and Murdered Indigenous Persons Task Force also found that 710 Indigenous people, mostly women and girls, have gone missing between 2011 and 2020 in the area where Petito’s body was found in Wyoming.

While searching for Petito in the national parks her family knew she had traveled through, they discovered the bodies of multiple other people. They were people of all different races who died in a handful of varied circumstances. None of them got the searches that Petito did.

Miya Marcano, a woman of color, was one of the bodies found during the search. She had gone missing and was found near her apartment tied up. Her family blamed the Orange County Sheriff’s Office for not using the abundance of evidence that tied the prime suspect, Armando Caballero, to her disappearance. They believe that he could’ve been detained before he was found dead by suicide in late September, and may have been able to find Marcano alive.

Marcano is just one of the thousands of women who don’t fit the “perfect” image that a white woman holds in the eyes of American media.

It needs to be known that just because this phrase, “missing white woman syndrome,” relates to the media coverage of Petito’s disappearance, it does not mean that she didn’t deserve a search party and extraordinary measures. Petito’s death was important, her life is just as meaningful as any others and whether or not she deserved the attention should not be a debate.

I don’t believe the intention of Petito’s family was to take time away from the search for any other missing persons, but we live in a time of the internet and social media that can make any story viral in a matter of minutes. Avid amateur sleuthing on Petito’s Instagram helped people uncover more about her whereabouts. For example, her once passionately-written captions began not to sound like the Gabby her fans knew, making these people realize she was missing for longer than previously thought.

Her family got local news outlets to pick up her story, which ended up catching attention, especially on TikTok, leading her story to become national news.

Oppression hides in places many may not realize. The Petito case shows that it can be found in the permutations of systemic racism in missing person’s cases.

Many who are active on the internet do try to react and spread the stories of people who are typically overlooked. Hopefully, these efforts can lead to more people, especially those of color, receiving life-saving media attention.

Petito was a woman whose life was taken far too soon. Certainly, one day, her justice will be served along with the thousands of other missing people in the United States.