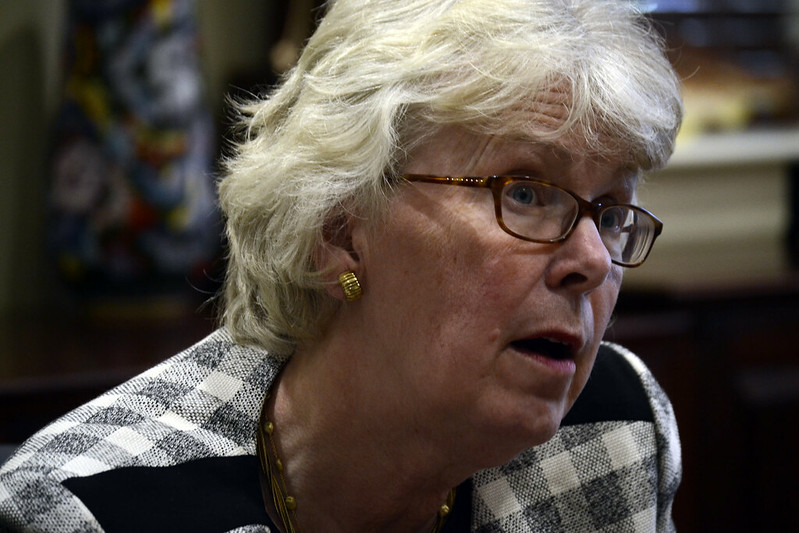 KIRK SMITH/THE REVIEW
The NAACP chapter said it wants to help the university make decisions that affect everyone.

After meeting with the Newark chapter of the NAACP in September, the university claimed in the Oct. 27 issue of The Review that its relationship with the chapter had improved. However the NAACP responded with a letter about the truth of their relationship—detailing the disappointment they felt toward the university.

Gary Hayman, Newark NAACP president said the chapter felt “disappointed” by the university’s decision to release the details of their meeting and believes it was for public relations purposes. He said the quotes in the newspaper portrayed a dishonest representation of their relationship. The letter called it “an appropriation” of their efforts.

He said the chapter’s concerns have not been resolved and in some cases the concerns were dismissed by the university. The administration’s “actions have cast a shadow over the integrity of the university and its willingness to participate in meaningful community engagement and an honest discourse with diverse constituencies in a respectful manner,” he said.

The NAACP chapter said it wants to help the university make decisions that affect everyone.

The NAACP met with the university on March 24 of spring semester last year and heard nothing from them afterwards. The chapter had to contact the university again for another meeting, which did not occur until Sept. 30. Carol Henderson, the university’s vice provost of diversity, has officially started putting together a diversity plan.

Hayman, who grew up in Newark and attended school in the area, said the university has not changed. When the group met with former university President Patrick Harker, the meeting was pointless and he was not there to listen, Hayman said.

“We didn’t talk; he treated us like outsiders,” he said.

However, he does recognize that Acting President Nancy Targett was “great” about listening and had progressive ideas for changes in the university at their meeting in September.

Hayman has been president of the Newark chapter of the NAACP for 20 years, and said the group has been reaching out to the university since his term began.

“The bottom line is we’re trying to get results,” he said.

Hayman said a lot of things happen because of money and people do not move when they are fearful of losing their money. The bottom line is, the university has been due for a change for a long time, he said.

The university housing expansion has changed the African American community in Newark to the point where it is almost nonexistent because of increasing rates in rent and gentrification caused by the university, he said.

“I feel they stole our neighborhoods,” Hayman said. “We’re trying to corporate with other people but we won’t take a back seat.”

The problem, he said, is that the NAACP and minority students on campus are still waiting on change and it’s not coming. They are still waiting for the university to produce a plan and have a real discussion and truly listen, Hayman said.

“For a long time the black community has felt excluded from the university,” Anthony said.

Anthony, 21, said she appreciates that the Newark chapter is putting pressure on the university’s back to support her chapter and the other minority student groups on campus.

Prior to Acting President Targett’s help, she said, the university had been reluctant to discuss the racial climate on campus. In the past, students had to reach out to the administration, but now the administration is reaching out the students to have necessary conversations.

“We have a a lot of allies in Hullihen Hall,” Anthony said. “I think the university and the Newark chapter are doing a good job of trying to establish a relationship.”