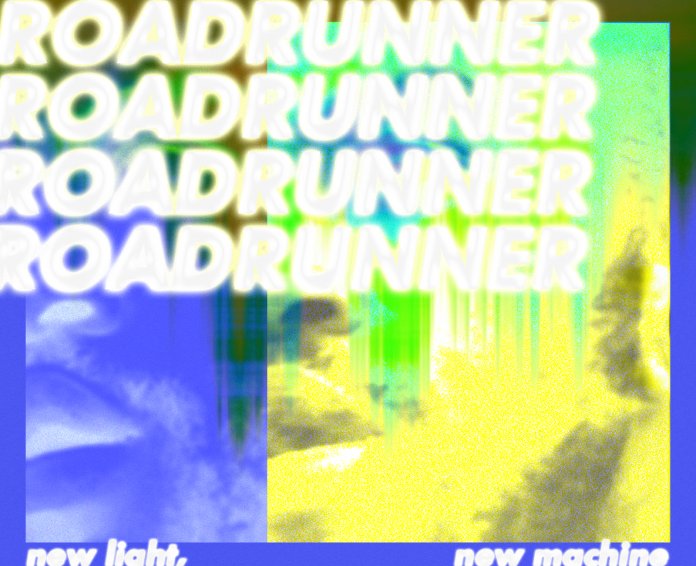 There is no doubt that BROCKHAMPTON is a force to be reckoned with. Coming off of their previous album “GINGER” and their series of singles collectively named “TECHNICAL DIFFICULTIES,” the self-proclaimed boy band has proven time and time again that they are a tour de force in the music industry. Moreover, they are also an anomaly within the industry, as the group has remained true to themselves ever since the “ALL-AMERICAN TRASH” era in 2016. On April 9, 2021, BROCKHAMPTON released their sixth major studio album “ROADRUNNER: NEW LIGHT, NEW MACHINE” after a year of teasing singles and artwork on social media.

The first song off the album, “BUZZCUT,” was the first single to be released, and it is full of abrasive and dynamic sounds that are topped off with a soulful performance by BROCKHAMPTON member Joba. The first verse performed by the group’s frontman Kevin Abstract is an aggressive but naked view into his life and how he and his group made it this far. His lyrics are an excellent balancing act of the emotional rawness of sleeping on people’s couches and the braggadocious nature of a successful artist while being young. This is then joined with an explosive and energetic chorus from the other members that pull the listener into the chaotic sonic landscape of “ROADRUNNER.”

The biggest surprise of the song (and the album) is the feature from veteran and abstract rapper Danny Brown who delivers a manic but laser-focused verse about his detractors, saying they “ain’t alphas, you’re incels/you normies ain’t part of the script” and how they are nothing compared to his track record and legendary status. His verse continues the energy that Kevin Abstract delivered from the beginning, and this momentum is accentuated by the hard hitting bass drums and 808s, coupled with the coarse synthesizers and the repeating loop that’s found throughout the song.

“BUZZCUT” is a great example of the diverse sounds found throughout the album with each feature being organically implemented on their respective tracks. The album has a good mixture of emotionally deep tracks such as “THE LIGHT” and “DEAR LORD” which are contrasted with the raw and heavy hitting sounds of “BANKROLL” featuring ASAP Ferg and ASAP ROCKY and “DON’T SHOOT UP THE PARTY.” These varying sounds create an interesting palette that never gets old after repeated listens, and there is always something new to discover in every listen. Moreover,  the selection of beats used complements each member’s verses, with no beat being out of place or not fitting the sonic aesthetics of the song.

However, the production has some issues, mainly in the song “WHAT’S THE OCCASION?” where the lead guitar and drums drown out the vocals of rapper Matt Champion and the rest of the instruments. The opposite is true for “DON’T SHOOT UP THE PARTY,” but these are at most nitpicky details from an otherwise stellar production.

There is not a lot to complain about “ROADRUNNER” with BROCKHAMPTON proving themselves to be creative giants within hip-hop and rap music. They are constantly improving and reinventing their sound, and this album is no exception. Fans might compare this album to their legendary SATURATION trilogy with beats and verses that would fit perfectly on “SATURATION II” and “SATURATION III,” but these albums are still sonically distinct from one another and should be treated as such. “ROADRUNNER” is a new album with a new sound but is still the same BROCKHAMPTON that we all know and love.