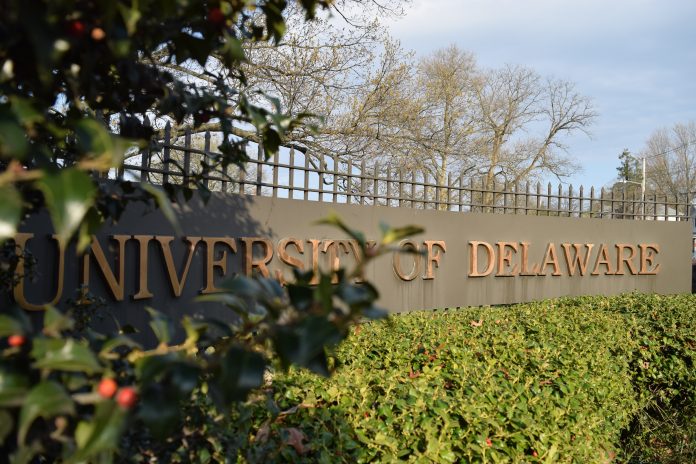 City Manager Tom Coleman said the rewritten ordinance will focus on hospitalization numbers rather than cases per 100,000 people or test positivity rate. The new ordinance is expected to be permanent and not to include reference to a COVID-19 state of emergency, which legally kept the council from reenacting the original ordinance. A vote on the permanent ordinance could come as early as Oct. 11.

“I think we have a responsibility to put something in place that hopefully will be permanent, that the matrix makes sense as it applies to Delaware and more specifically Newark,” Newark Mayor Jerry Clifton said.

In the three day period from Sept. 7 to Sept. 9, the University of Delaware reported 245 cases of COVID-19 among students, totaling 376 cases by the end of the week.

In a Sept. 8 email to students, Vice President of Student Life Jose Luis-Riera pointed to “large off-campus gatherings” as the main cause of the rise in cases on campus. In a phone call with Coleman and the Delaware Department of Health on Monday, the university said there are 369 current positive cases within the university community with 15 unvaccinated students in quarantine.

At the time of this story’s publication an additional 95 students and two employees tested positive for COVID-19.

Newark met the criteria for reinstatement of the previous gathering ordinance during the past two weeks, with cases per 100,000 people going over the 125 case benchmark. The initial ordinance limited indoor private gatherings to 10 people and outdoor gatherings to 20 people.

Council members Dwendolyn Creecy and Travis McDermott voiced opposing views on an ordinance at Monday’s meeting. The two focused on the role students could play in Newark regarding the spread of COVID-19.

McDermott said unless another governor-declared state of emergency were put in place, he would not support legislation surrounding private gatherings.

“We say this is a ‘pandemic of the unvaccinated,’ yet we want to enact legislation to target a population that is 91 percent vaccinated and hope that we’re going to get some type of result out of that,” McDermott said. “This ordinance was … enacted to target the University of Delaware’s students’ large gatherings and this would be another attempt to target their large gatherings.”

Creecy supported putting in place a permanent ordinance. She described the current situation of hospitals filling up with COVID-19 patients. The councilwoman said her mother suffered a recent stroke and waited for more than 13 hours before receiving medical attention at Christiana Hospital.

“We have to protect everybody and I quote ‘everybody,’ not just the students or targeting the students,” Creecy said. “As far as our elderly are concerned and the residents of Newark and my constituency, which includes all of them,  all of the makes of this life, I want to protect them all.”

Jack Levine, a representative of the university’s student government, pushed for the city council to make a gathering limit a last resort. Instead, Levine said the Council should consider other mitigation strategies including mask mandates and vaccine passports for all Newark bars and restaurants.

“At the end of the day if we do have a gathering limit on private residences, students and full-time residents are most likely to just attend bars and restaurants on Main Street, which do not have any regulations on them currently,” Levine said.

Councilman John Suchanec said it is on the council to create an environment that protects both local and student residents.

“We need to have something because people aren’t going to police themselves,” Suchanec said. “Beer pong is going on constantly. I don’t know where they get all the ping pong balls, but it’s going on constantly in every other house. That’s the way it is, but you’ve got to put some boundaries on this thing.”

University spokesperson Caitlin Olsen said the university would support and enforce any limits or restrictions put in place by the city council like it had in the past year. The Review reported back in May that more than 450 students were referred to the Office of Student Conduct for COVID-19 policy violations, most coming from unlawful gatherings.

On Sept. 14, the university began putting holds on accounts for students who did not submit vaccine documentation or exemption documents to Student Health Services.