Opinion: Response to the “Drunk Issue” 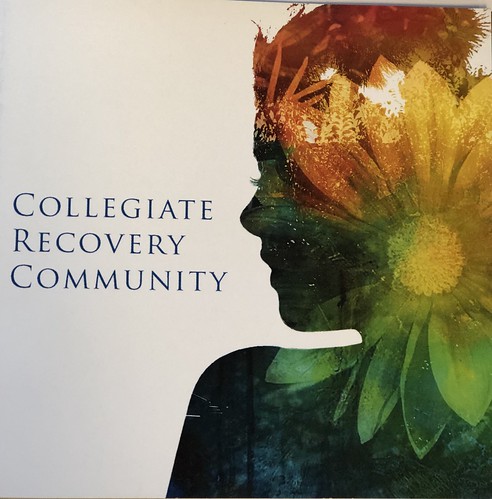 I am writing you as a graduate student at the university, and as a member of the Collegiate Recovery Community. We are a group of students who are in recovery from substance use disorders (including alcohol) and students who have been impacted by the addiction of friends and loved ones. And we found your recent “Drunk Issue” to be highly problematic. To be honest, many of us found it to be appalling and juvenile.

Partying is stereotypically portrayed as a rite of passage in college, something that is expected if not encouraged among our peers. The American college experience is often characterized by excessive partying. Your decision to move forward with publishing this issue because, as you said, it is “a time when everyone could use a drink” has exemplified this assumption of the norm. However, normalizing problematic drinking behavior is dangerous and downright irresponsible. Proliferating the perception that everyone drinks, and that everyone wants to drink, is part of the problem.

According to the National Institute on Alcohol Abuse and Alcoholism, approximately 20 percent of college students in the United States fit the criteria for an alcohol use disorder (AUD). Findings from the National Survey on Drug Use and Health consistently show that college students drink regularly, heavily and binge at higher rates than members of the same age group who are not in college. Alcohol is the third-leading cause of preventable death in the United States; more people die of alcohol-related deaths than drug overdoses.

Yet, despite the pervasiveness of the harms produced by alcohol, there persists a double standard in how we think, discuss and write about alcohol consumption as a culture. Sure, it can be fun. I am certainly not calling for prohibition of alcohol, and we’ve all had our good times with alcohol. But what happens when it stops being fun? What happens when a student is no longer “allegedly” drinking before class as a one time experiment, and is now drinking before class every day because they can’t seem to stop?

In your issue, you offered a Straight Edge perspective. You also included pieces about Al-Anon and the relationship between sexual assault and alcohol consumption. This was probably an attempt to balance your coverage between light-hearted and serious. But these pieces were far outweighed by the content of the rest of the issue that joked about and celebrated drinking in college. Profoundly missing from this issue was a realistic assessment of the negative impact of alcohol problems on college student populations, or the acknowledgement that college students can have drinking problems too.

When a student starts to struggle with their drinking, but has only seen messages that make light of heavy drinking in college, they are less likely to seek help. They are less likely to talk to their peers about their concerns, because they think that if everyone else can handle it, they should be able to as well. They fear that there must be something wrong with them that they can’t keep up with the rest of the crowd. They don’t understand that the crippling anxiety they feel before beginning to drink each day is definitely not normal. They don’t understand why their mental health may be declining. And if they don’t see examples of students who have experienced substance use problems and found recovery, they think that they are alone. How do I know this? Because that was my experience as an undergraduate at a university with a party culture very similar to our university.

I finally got sober toward the end of my sophomore year in college, but not without incurring enormous social, academic and legal consequences. If I had known that it was possible to have alcohol problems at 19, if I had seen any alternative messaging about college students and alcohol, or seen examples of young people in recovery living vibrant and exciting lives, maybe I would have sought help sooner. It is my hope that any student reading the Drunk Issue who may have a problem with alcohol knows that there is a whole community of students on the university’s campus who are in recovery, and that being in recovery can be just as “normal” as the binge-drinking college student.

Rachel Ryding is a MA candidate at the university and is a member of the Collegiate Recovery Community. Rachel can be reached at rryding@udel.edu.

Opinion: Who is at fault for fast-fashion consumption?

Opinion: Survival and prosperity: The greatest incentives of them all