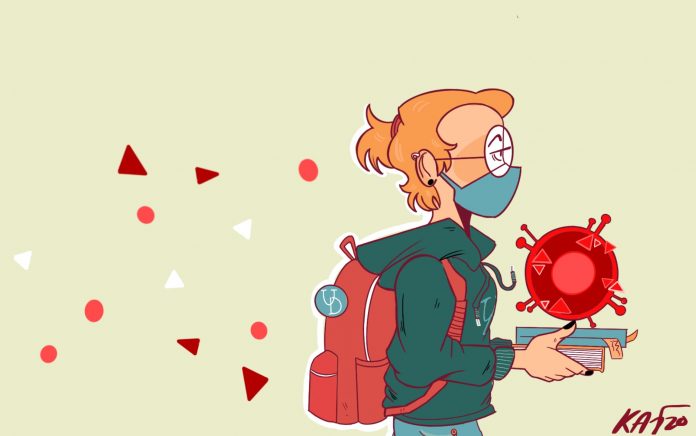 On Feb. 26, UDaily released a statement saying that COVID-19 cases have spiked during the first two weeks of the semester. If the number of positive cases does not decrease in the next few days, the University of Delaware said they will have to enforce even more restrictive measures — on-campus students will be required to remain in their residence halls for all but essential activities, and off-campus students will not be allowed to come onto campus except for work or research purposes.

According to the email sent out by the University of Delaware, the spike is directly related to “the behavior of students in campus dining halls, in off-campus housing and in local bars and restaurants, where too many people are gathering without following health protocols.”

However, not everyone agrees with the University of Delaware’s statement. One parent, Gina Joy, whose daughter is a sophomore, said it is unfair of the university to blame the spike on student behavior.

“To be honest, I was upset when the school blamed the dining halls because that’s on them,” Joy said. “They can’t blame students for just doing what they’re told to do. There was only one dining hall open. And they’re blaming off-campus housing parties, but I think it was the dining hall. They were open at 90-100% [capacity] … there was no blocking off [of chairs and tables]. What did they expect?”

Joy said that other schools have found creative ways for their students to eat safely, like putting out tents when the weather is nice or having food trucks come to campus, and that the University of Delaware should follow suit.

“I don’t think [the university was] prepared,” Joy said. “And now, they’re blaming the students.”

Sophomore John West, who lives on-campus in Independence Hall, acknowledged that the dining halls are a problem, but does not believe that they are the main source of the spread.

“The dining halls at times are claustrophobic with everyone standing on top of each other waiting for food,” West said. “[But] I think that most of the issue is coming from off-campus parties. I would imagine there is a small amount of spread in the campus buildings and residence halls, but those spaces are so regulated I can’t imagine it makes up a large portion of the hundreds of cases we’ve had in two weeks.”

Responding to what the school should be doing differently, West says that the school needs to be more transparent with its students.

“Us as students are at the whim of the administration,” West said. “There is no real time table for anything that they are doing. A lot of the data in terms of testing doesn’t really make sense, going from seven cases to the mid-80s then back to the 30s all in a week’s span. I think that if we are paying to go here to try and regain some form of our college experience and the college is going to threaten to lock everyone in the dorms down, then we deserve some clearer explanations than just [being told] we need to ‘protect the flock.’”