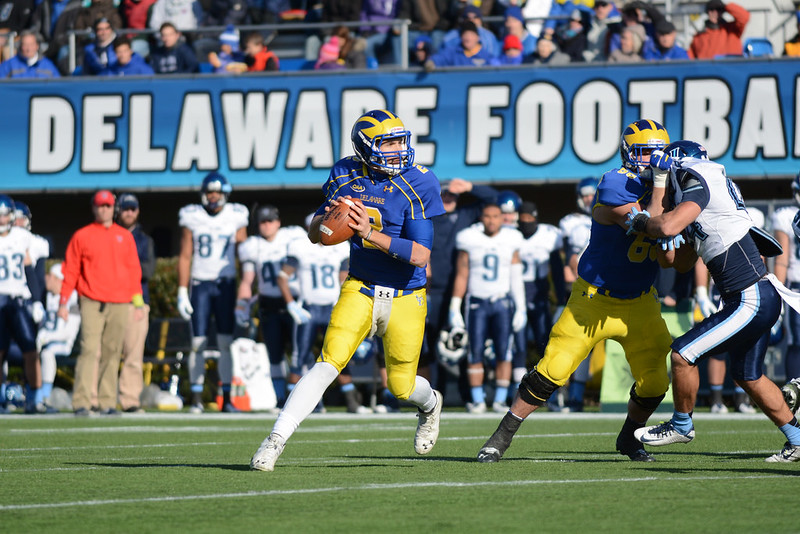 Describe your role in InterVarsity.
I work with the athletes, and one of our primary roles is to raise student leaders. I think a lot of people come to church with the idea that the pastor or the priest is going to lead them spiritually, so they come and listen to a message and hopefully grow closer to God. Our hope is that we could do that for students in some ways—but ultimately, we hope to sort of flip it around and inspire the students to go out and lead their peers closer to God.

How do you balance religion with your other daily activities?
My hope is that my religious beliefs come into play in everything I do. If I’m doing work or interacting with people, I want to do it in a way that will be pleasing to God. And my beliefs impact the things that I choose to do and not do. I wouldn’t go out and get drunk at a party, and that’s because of my religious beliefs.

If you could summarize your main beliefs into a few sentences or a mantra, what would it be?
God loves us even though we don’t deserve it, and we should love other people even when we feel like they don’t deserve it.

What do you think is the most misunderstood element of your religion?
People think going to heaven is about doing enough good things or not doing bad things—but actually, we believe that none of us are good enough and that’s why we needed Jesus to die on the cross for our sins. And if we believe in Him, we’ll be good in God’s eyes—not because we did anything, but because we believe in what Jesus did. Nobody is more likely to go to heaven or more likely to be judged; everyone is sort of the same, and we all need Jesus.

Is there anything you are fearful of within your religion?
I think that I’m fearful that I’m not doing enough, especially when I forget about what Jesus did for us on the cross.

Did you ever have an experience that made you question your faith?
I question my faith all the time, because I’ve never physically seen God or seen Jesus or seen the miracles that the Bible says has happened. I think, in my logical mind, I doubt quite a bit—it’s sort of a normal part of the experience.

Do you think college students are religious?
I think if I could define religion as “seeking meaning, purpose and satisfaction of belief,” then yes—all college students do that in some form or fashion.

How did you get involved with InterVarsity?
I came here as a freshman in 2007. I was an athlete, and one of my teammates invited me out to the athlete’s chapter of InterVarsity. I had been looking for something like that coming in. So I went to my first meeting my freshman year, and then I became involved for the rest of my time in college. Right after I graduated, or maybe by the end of my junior year, I realized that I really wanted to have the kind of impact on others that people had on me while I was in college. I figured InterVarsity was the place for me to do that, and I started working at InterVarsity the semester after I graduated.

This interview has been edited for brevity and clarity.