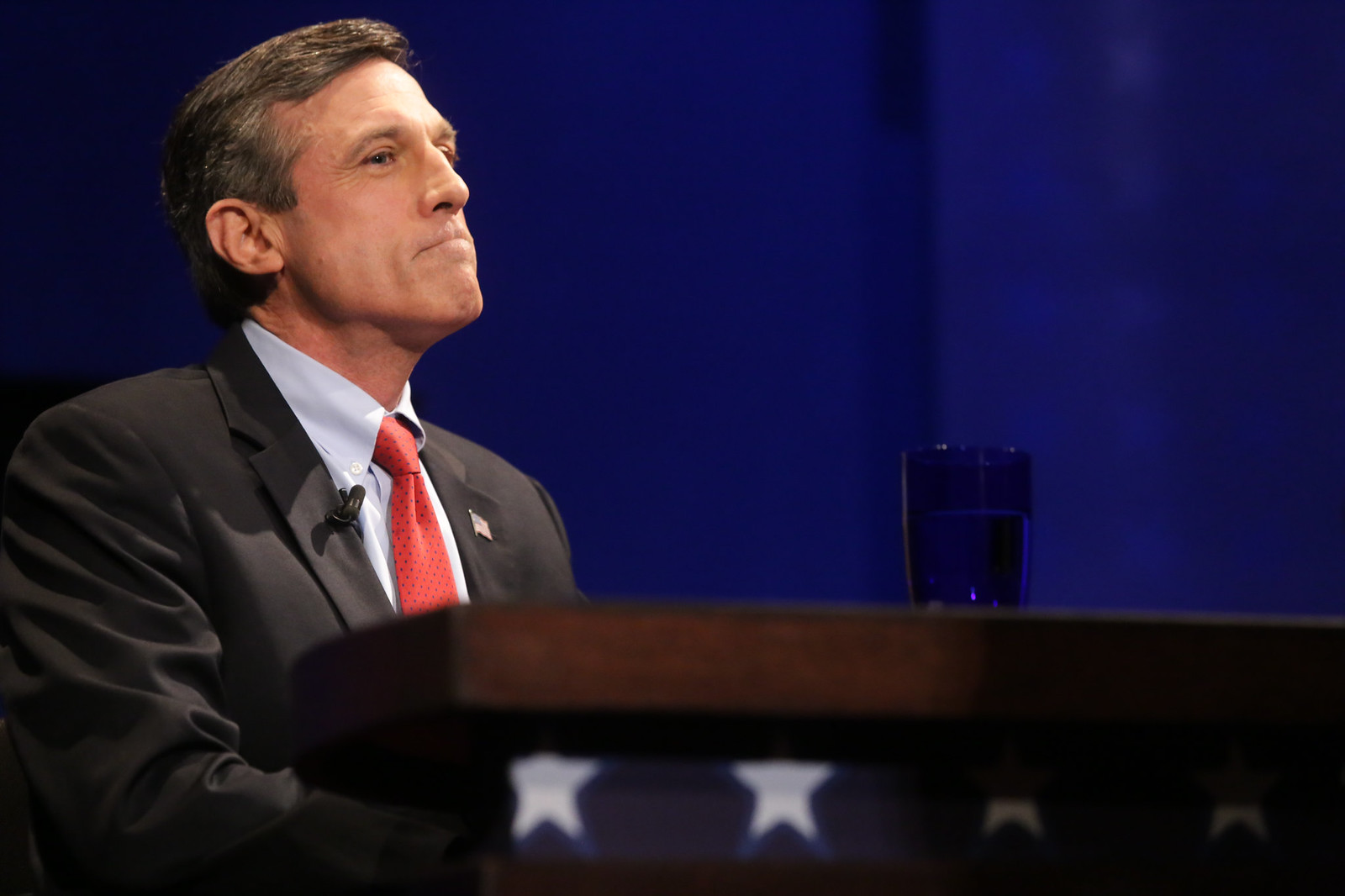 Delaware gubernatorial candidate and sitting Congressman John Carney came to campus Wednesday evening to debate his Republican opponent, State Senator Colin Bonini. He then returned to the university Thursday afternoon in order to share his take on the economic troubles plaguing the United States today.

Just as former and current presidential candidates Bernie Sanders and Donald Trump have done this election cycle, Carney recognized that manufacturing jobs have been disappearing — jobs that used to lay the foundation of the U.S. economy.

“It’s a transition that’s happening in our country,” Carney said.

This transition has left swathes of the country believing our economy has been on the decline since the mid nineties.

Carney explained the system DuPont as an example. DuPont is a famous Delaware company with its roots along the Brandywine River and history reaching back to 1802. Its gunpowder manufacturing was a large part of the union war effort during the Civil War and it has historically employed thousands of Delawareans.

As of last December, that number has dwindled to 6,600, he said.

There is the potential Delaware will see additional job loss from the upcoming merger with Dow. As manufacturing jobs decline or are replaced with robotics there are fewer and fewer well paid jobs that do not require a college education.

“The lack of these kinds of jobs has created tremendous anxiety in the country,” Carney said.

The congressman was quick to note that in spite of these economic challenges, the United States remains a beacon of hope in the rest of the world.

Carney was a member of a congressional delegation that visited Honduras in the wake of a wave of Central American underage immigration to the United States. He explained that it was immediately clear why so many people were trying to get across the border.

“No opportunity, no economic opportunity,” Carney said. “The living conditions were horrendous.”

Many people from Honduras and other Central American countries travel to the United States legally in order to work minimum wage jobs here. These workers will often send the majority of their wages to their families back home. It is a practice that has been harshly criticized by presidential candidate Donald Trump.

“17 percent of their GDP are these remittances,” Carney said, referring to the money being sent back to Honduras.

In spite of the domestic economic difficulties and social divisions Carney speaks about in the United States, thousands continue to cross the border from Central America.

“We have not always been the perfect union we strive for,” Carney said. “We are held together by a guarantee of liberty, freedom and opportunity.”