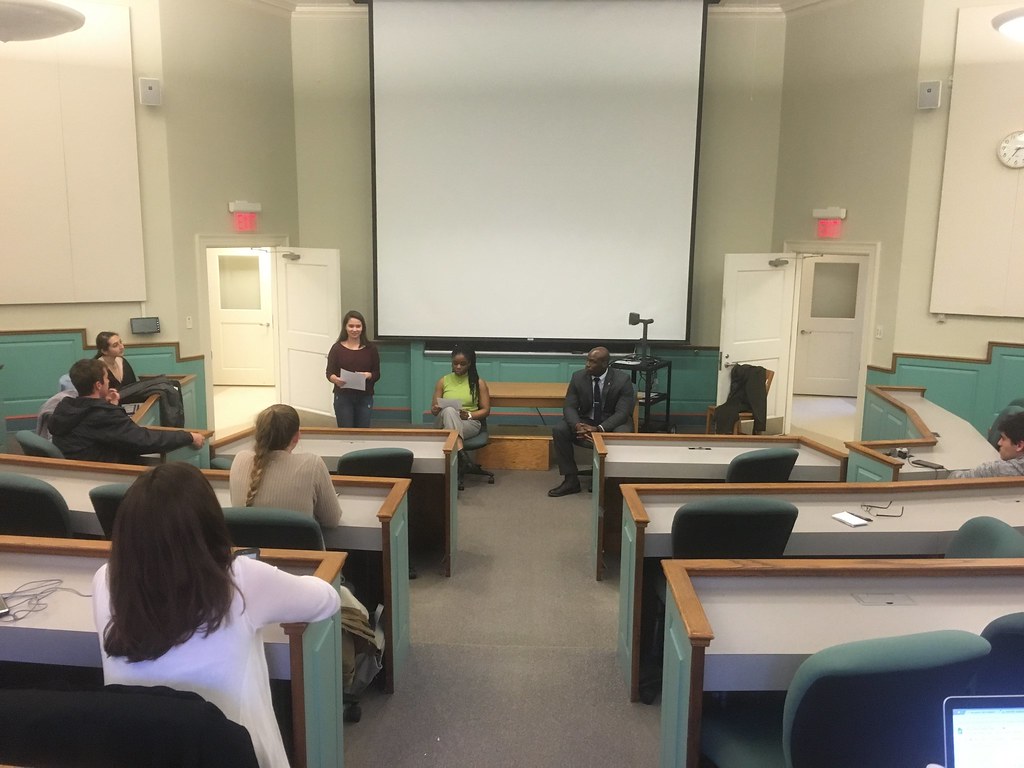 Johnson, a graduate of the university’s Alfred Lerner College of Business and Economics, recently resigned as Gov. John Carney’s deputy legal counsel. On Jan. 29, he entered the race for state attorney general against three fellow Democrats and a Republican.

“As attorney general, my focus would be taking decisive policy and legislative action to create a people-first criminal justice system,” Johnson said. “So far, I’ve just seen these ‘tough-on-crime’ laws in our justice system add to the debt and cause problems.”

Johnson was raised in Philadelphia where he attended a Quaker school, which he claims informed his charitable political philosophy. Upon graduating from the Delaware Law School at Widener University, Johnson joined the legal team for the Barack Obama campaign for reelection in 2012, where he began specializing in voter protection and increasing voter turnout.

Following his time with the Obama campaign, Johnson entered private practice as an attorney. As counsel for the City of Wilmington Law Department, where he was tasked by the mayor with reforming the police, he gained first-hand experience in Delaware’s justice system.

“Having lived and worked in Delaware for so many years now, most people don’t really ask about my grand political reform plans, you know?” Johnson said. “They ask me about how they can get jobs. They ask me about how to make a living. These are the concerns that the justice system ought to be looking at.”

Johnson promises to be proactive as Delaware’s attorney general by working with lawmakers to produce progressive legislation and public policy proposals.

“There are three main steps to reforming Delaware ’s [criminal justice] system,” Johnson said during his lecture. “First, we need to recognize the problems themselves. You can’t actually move towards any solution without doing that.”

The primary problems with the criminal justice system which Johnson diagnoses are overcrowded prisons system and understaffed courts. Johnson does not believe that private prisons ought to be a solution to the prison overcrowding issue. He believes that the disconnect between the police, judiciary and communities contributes to the system’s dysfunction and inefficiency.

“Second, we need to build trust between communities and their justice systems,” Johnson said. “Because the system is dependent on a good relationship. A lot of people are distrustful of the state government. Immigrants don’t come forward to work with the justice system because a lot of the time they’re afraid of being turned over to the federal government. That all needs to change. So third, we need to focus on making good laws that put people first.”

The idea of prioritizing the needs of citizens in the justice system is representative of Johnson’s reform agenda, which he summarizes as “restorative justice.” He plans to implement better early-intervention programs to the criminal justice system in order to help defendants avoid unnecessary sentences.

In addition to supporting the decriminalization of recreational marijuana use, Johnson opposes the death penalty and harsh mandatory minimum sentences. He believes that working more closely with those accused of crimes, and establishing a more open presence in crime-ridden areas could unburden the justice system, allowing it to focus on rehabilitating convicted criminals.

“Surely, we can do a better job of reintegrating many prisoners into society,” Johnson said. “Re-entry is a two step process. [Convicts] need to be reformed in prison, and we need to provide the resources for them to function out in the world, in society.”

Johnson emphasizes rehabilitation because he sees Delaware ’s criminal justice system as being plagued by a high rate of recidivism and prisons filled over capacity. He applauds a recent piece of legislation passed by the Delaware’s state Senate which aims to reduce the usage of cash bail by judges in order to assist poorer defendants who are unable to pay.

“I think almost 97 percent of cases in Delaware end in plea bargains,” Johnson said. “Low income and communities of color are, without a doubt, most affected by these practices. Recidivism is a vicious cycle, and we need to find ways to help people stay away from going back to jail.”