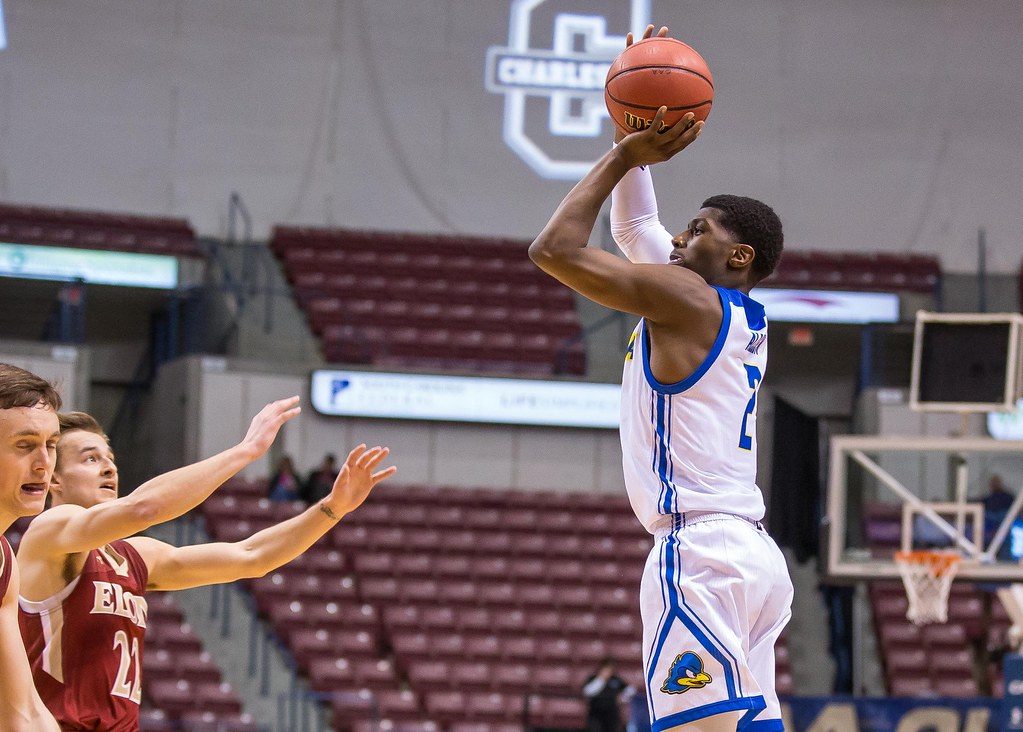 Courtesy of Delaware Athletics
Ryan Allen shoots over an Elon defender in the 2018 CAA tournament.

Sophomore guard Ryan Allen will be sidelined for two months after undergoing surgery to repair a fifth metatarsal fracture in his left foot.

Allen is the reigning CAA Rookie of the Year. He was named CAA Preseason Honorable Mention Wednesday at the league’s annual media day. The news was announced in a press release Thursday.

“We are all obviously disappointed for Ryan,” Delaware Head Coach Martin Ingelsby said in the press release. “He will have surgery later today and we expect him to make a full recovery.”

Allen was second on the team in scoring a season ago, averaging 15.3 points. He tied the Delaware single season record for three-pointers in a season with 86.

Allen was expected to carry a Blue Hens offense that is without Ryan Daly, its leading scorer in each of the past two seasons. Daly transferred to Saint Joseph’s after the season, ahead of his junior year.

Allen’s sophomore back-court mate Kevin Anderson is returning from a torn meniscus, which held him out of all of CAA play in 2018. Anderson averaged 13.7 points as a freshman before his season-ending injury.

The two month recovery time table sets Allen up to return in mid December around the time CAA play begins. It’s his second surgery this year, having undergone a procedure in the spring to repair a labrum tear in his shoulder.

This week I found out that I have a stress fracture in my foot. I will be having my second surgery of this year today. As a God fearing man I know this is apart of His plan for me. Thank you for the love and prayers that have came and that is coming my way. I’ll be back soon

Freshman guard Ithiel Horton and redshirt senior guard Darian Bryant could be among those that see more game action with Allen sidelined. Delaware’s season begins Tuesday Nov. 6 at the University of Maryland.