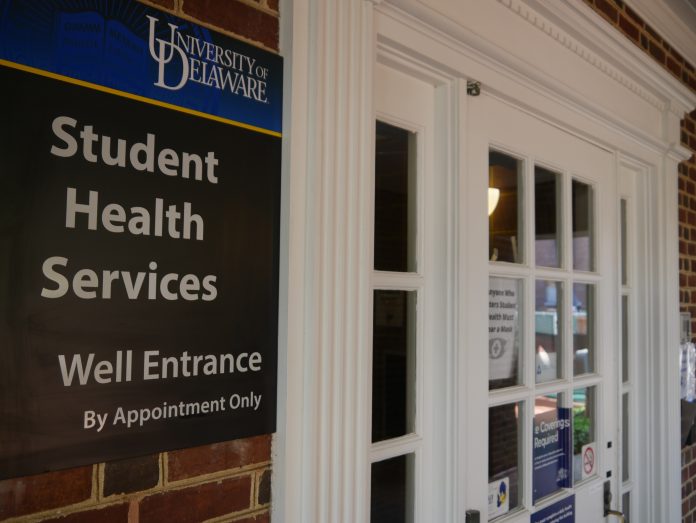 Each week, thousands of students participate in COVID-19 testing at sites on campus — and so far, more than 300 have tested positive.

Some students, like sophomore Adam Usmani, disagree with the university’s decision to test students at separate locations based on whether they have symptoms.

Usmani, who was asymptomatic at the time, attempted to get tested at the ISE and Pencader locations, only to discover that all of the appointments were booked for the next three days. He then called SHS to see if he could get tested there and was told that the location was reserved for symptomatic students.

“It’s pretty dumb to only test kids that basically already know they have COVID,” Usmani said.

Usmani said he was getting tested as a precaution to avoid potentially transmitting the virus to others in his family. He pointed out that the vaccine does not guarantee immunity from the coronavirus, citing his own grandparents as examples.

“[My grandparents] recently got pretty sick despite being vaccinated,” Usmani said. “It wasn’t life-threatening, but it was to the point where they needed help with their day-to-day [activites].”

Senior Eric Jansson, whose roommate tested positive for COVID-19, was also turned down by SHS due to a lack of discernible symptoms.

“My roommate literally tested positive,” Jansson said. “What other evidence do you need that I should be tested here?”

Not all students have reported experiencing the same difficulty getting tested, however. Sophomore Tomas Vebeliunas said that he was able to be tested at SHS in a relatively quick and efficient manner.

Initially, Vebeliunas felt hesitant about getting tested for fear of missing out on classwork if the results were positive, but changed his mind upon realizing that some of his peers may be untested carriers of the virus.

“Testing should be a routine,” Vebeliunas said. “I’m not sure how often [it should take place], but it should be a regular part of the college experience now. Especially for people living in residence halls.”

Similarly, junior Quinn Harrington said that the prospect of staying home for several days and missing classwork initially scared him away from getting tested. Harrington noted that his hesitancy was compounded by the university’s “unclear” stance on isolation locations.

He specifically referred to an email sent to students on Sept. 8, in which the university encouraged students living on campus who tested positive to “isolate at their permanent residence.”

“I live off campus in an apartment, but what if I actually lived on campus?” Harrington said. “It’s not that easy for me to go all the way back home if I tested positive … plus, I would just be exposing [the virus] to my parents.”

According to Vebeliunas, the hesitancy to get tested is also a testament to an overall relaxed attitude toward the coronavirus.

Usmani said he felt as though many students have forgotten that the pandemic still exists, saying that he regularly sees students walking in campus buildings such as the Perkins Student Center without masks.

“I don’t love [the mask mandate], but it’s there for a good reason,” Usmani said.

Harrington, Jansson, Vebeliunas and Usmani all expressed a sense of unease with regards to the spread of COVID-19 on campus and university testing protocols.

“I’ll be walking around and not know [whether] the person sitting right next to me actually tested for COVID,” Jansson said. “Like, are you actually [free of] COVID, or did you just choose not to get tested yet?”

“I wonder how many people are going around spreading [COVID-19] without even knowing it,” Harrington said. “That’s on them.”