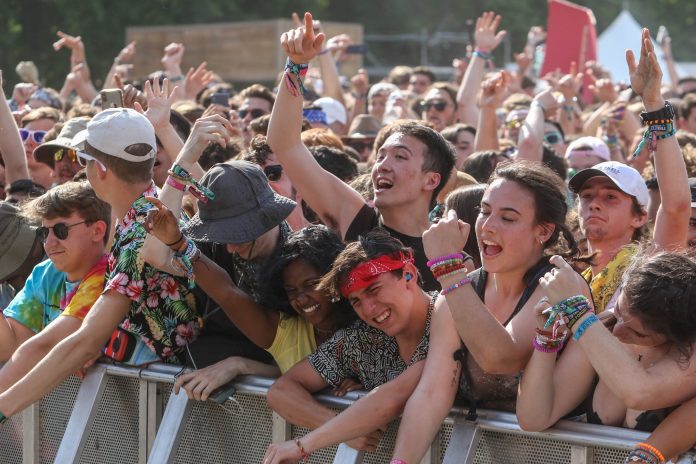 Popular music festival Firefly is making its way back to Dover after cancelling last year’s event due to COVID-19.

Firefly is a large concert event, attracting large crowds of tens of thousands of people in previous years, according to StubHub ticket marketing. These large crowds are now a cause for concern during the pandemic with strict COVID-19 restrictions still in place.

Due to the ongoing pandemic, the event has been pushed back from its annually scheduled dates in June to Sept. 23 to 26. At the time of posting, AEG Worldwide, the parent company of Firefly, has not commented on how they plan to execute the event under correct COVID-19 guidelines.

With the festival taking place in Dover, it has become common for university students to attend. The risks that are presented will surely play a role in the decision students make on attending the event.

“I think just being exposed to COVID-19 in that environment where thousands of people are in contact on top of each other doesn’t sound appealing to me,” Melanie Guido, a junior sports management major, says. “Personally, I don’t think it’s smart for festivals to bring thousands of people back together again so soon.”

The event is heavily centered around social interaction, oftentimes crowding large groups of people into one area. Public transportation, showers, restrooms and food stands are used by all fans attending.

While safety is an important concern among students, many feel they still have yet to fully decide whether they will be attending. Regardless of COVID-19 guidelines and restrictions, some students claim that there is a lot of built-up anticipation for this event due to last year’s cancellation.

“I think the festival is definitely running a major risk by bringing all these people back to Delaware,” Jack Mahan, a junior hospitality management major, says. “I do believe that people will still want to go because of the pent-up demand resulting from quarantine.”

While some students like Guido and Mahan have their doubts about the safety of the event, others have found positive ways to view the situation. The recent vaccine rollouts have given some students a more secure feeling about their own health and safety while attending the event.

“I will definitely consider attending Firefly this year; with the vaccine being released, I feel comfortable attending and am not too worried about COVID,” Victor Marcelo, a sophomore finance major, says. “I don’t believe bringing the festival back will cause a great increase in cases in the state, but I would feel more comfortable if Firefly did uphold certain COVID guidelines.”

Firefly has made its mark on the music festival scene and university students alike, offering what it calls a “sensory experience,” as described on its Facebook page. The event offers a number of different activity areas ranging from multiple music stages, arcade and video game tents, access to the silent rave and a hammock for taking those much-needed breaks throughout the long weekend.

This year’s artist lineup has yet to be released; however, the event has landed a number of top performers in previous years. Iconic appearances from hip-hop and rap artist Travis Scott all the way to rock music legend Paul McCartney have graced the stages in Dover. Other notable performers were Post Malone, Louis the Child and Panic! at the Disco.

With Firefly months away, the minds of students around the university appear to be clashing within the debate of whether or not it is safe for the event to take place. While many students raise respectable concerns, it appears that some do not share the same fears at this time. As the event inches closer and more information is released, students will be able to better assess the situation and make an informed decision on whether or not they will be attending.