Courtesy of Ryan Griffith, University of Delaware Athletics/THE
REVIEW
Delaware men’s lacrosse is off to a hot 2-0 start while the women’s team lost a close game to a really good Rutgers team.

The Blue Hens return some key players from 2019 that went 7-10. Long returns for her senior season having increased her goal total each year, nearly doubling her total in 2019 from 2018, while leading the team in goals last season. She is 13 goals away from hitting 100 for her career. Senior Mia DeRuggiero broke the single-season record for assists for the Blue Hens with 53 and logged her 100th career assist against Rutgers. She was a huge reason why the Blue Hens ranked first in the Colonial Athletic Association (CAA) in assists last year and was selected to the CAA Women’s Lacrosse Preseason Team. 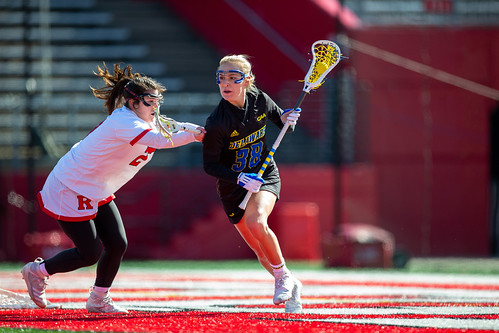 Another key senior is attacker Sydney Rausa who was second on the team with 33 goals last year. She has also increased her goals scored every year and registered her 100th career point against Rutgers as well. D’Antonio scored 20 goals last season while Sarah Bedard netted 26.

In addition, the Blue Hens return a defensive unit that ranked third in the league by allowing 10.69 goals per game. Kelsea Konz and Julia Dambly will anchor the back line of defense, rounding out an extraordinary senior class. 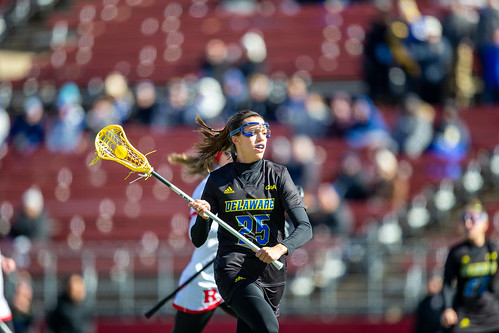 Courtesy of Sarah Boekholder, University of Delaware Athletics/THE REVIEW
Defender Julia Dambly will be critical for the Blue Hens’ defense this season.

The Blue Hens return plenty of offensive firepower from a season ago, including reigning CAA Rookie of the Year, Tye Kurtz, and CAA Offensive Player of the Year, Charlie Kitchen. Kurtz set a program record of 52 points accumulated by a freshman. His 31 goals were second ever by a freshman in Blue Hen history. 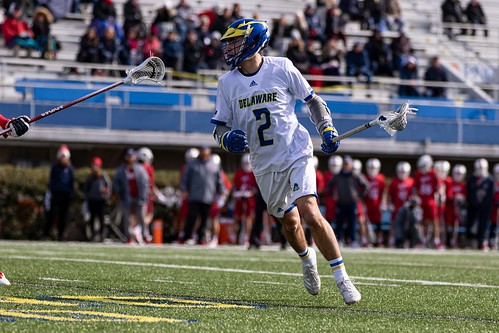 Courtesy of Ryan Griffith, University of Delaware Athletics/THE REVIEW
Sophomore Tye Kurtz cradles the ball across the field against NJIT.

Kitchen finished the season first in goals (37), assists (27) and points (64). He was the first Delaware player to win CAA Player of the Year since 2010. He was also named the CAA Preseason Offensive Player of the Year.

Senior goalkeeper Matt DeLuca is the last piece to the puzzle. He returns for his senior season after tallying one of the greatest seasons as a goalie in the program’s history. He racked up 204 saves, good for the eighth most in school history. He was named to the All-CAA Second Team last season and was also received All-CAA Preseason honors and was named a Preseason All-American. 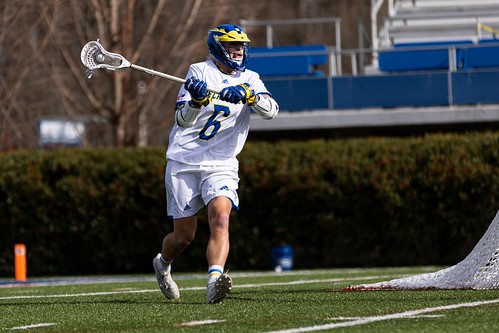 Both squads are set to be very competitive in the CAA. The seasons have just started, but there’s already a lot to look forward to, with both teams returning a plethora of talent who are ready to continue to make their mark in Delaware lacrosse history.